Celtic fans are in for a treat this month as two rare pieces of club memorabilia take centre stage at McTear's.

A nine-carat gold Scottish League Championship League Championship medal that was awarded to Celtic defender, William Cringan, in 1919 has been given an estimate of £1,000 to £2,000 while the car number plate J777 NKY, which was once owned by legendary Celtic player Jimmy ‘Jinky’ Johnstone, could fetch up to £2,000. 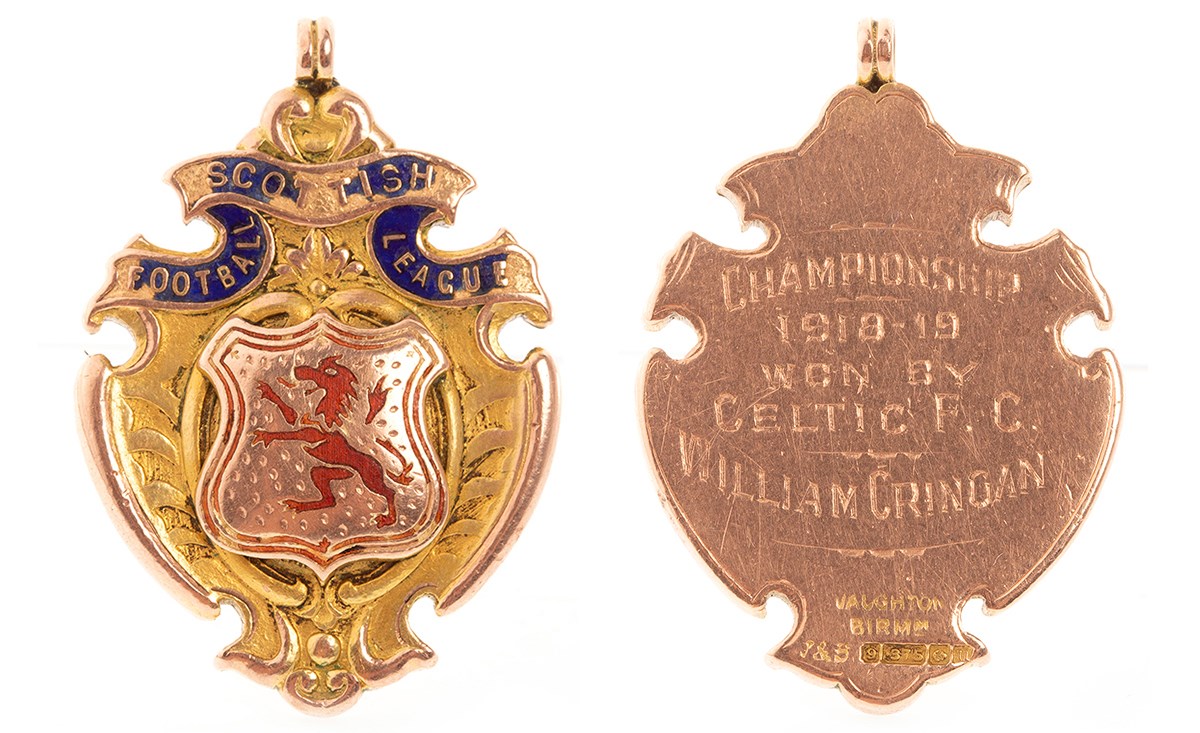 Commenting on the auction, James Bruce from McTear’s said: “Old Firm memorabilia from the early days of both Celtic and Rangers very rarely comes to auction so it is quite a coincidence that the auction of the Celtic medal comes hard on the heels of a 1914 League Championship medal won by Rangers player George Ormond. That particular medal made a very good price and we expect Willie Cringan’s medal to do the same.”

The shield-shaped medal has a centre inlaid with a red lion rampant. The rose gold reverse has the inscription 'Championship 1918–19 Won by Celtic F.C. William Cringan’.

James Bruce added: “Private number plates are big business in the UK but it is not often that one comes to auction with such a fascinating history. This is a very unusual piece of memorabilia and I am sure there are plenty of Celtic fans out there who would love to own it.”

The Celtic medal and number plate will feature in the Works of Art, Medals, Militaria & Furniture auction on Friday 12 October.

Works of Art & Furniture auctions are held every six weeks. Come along to the Valuation Days at McTear’s on Tuesday, Wednesday and Thursday this week for complimentary auction advice.