For the Burds - Seasonal Sculptures by George Wyllie

The iconic Straw Locomotive (1987) and Paper Boat (1989) installations gave Wyllie a taste of the theatrical aspect of art that never left him. Performance became an important element of his work, and between 1982 and 2007 he produced and acted in approximately twenty plays and installations. His second play, Christmas Day Down a Goldmine was released in 1982 to critical acclaim and centred on the critique of monetarism and the banking system.

The accompanying exhibition was held three years later at Brentford’s Watermans Art Centre which included an array of scrap items from various locations in America and Scotland fashioned into humorous yet provocative sculptures. It is from this project that lot 556 in Sunday’s Scottish Contemporary Art Auction originates. 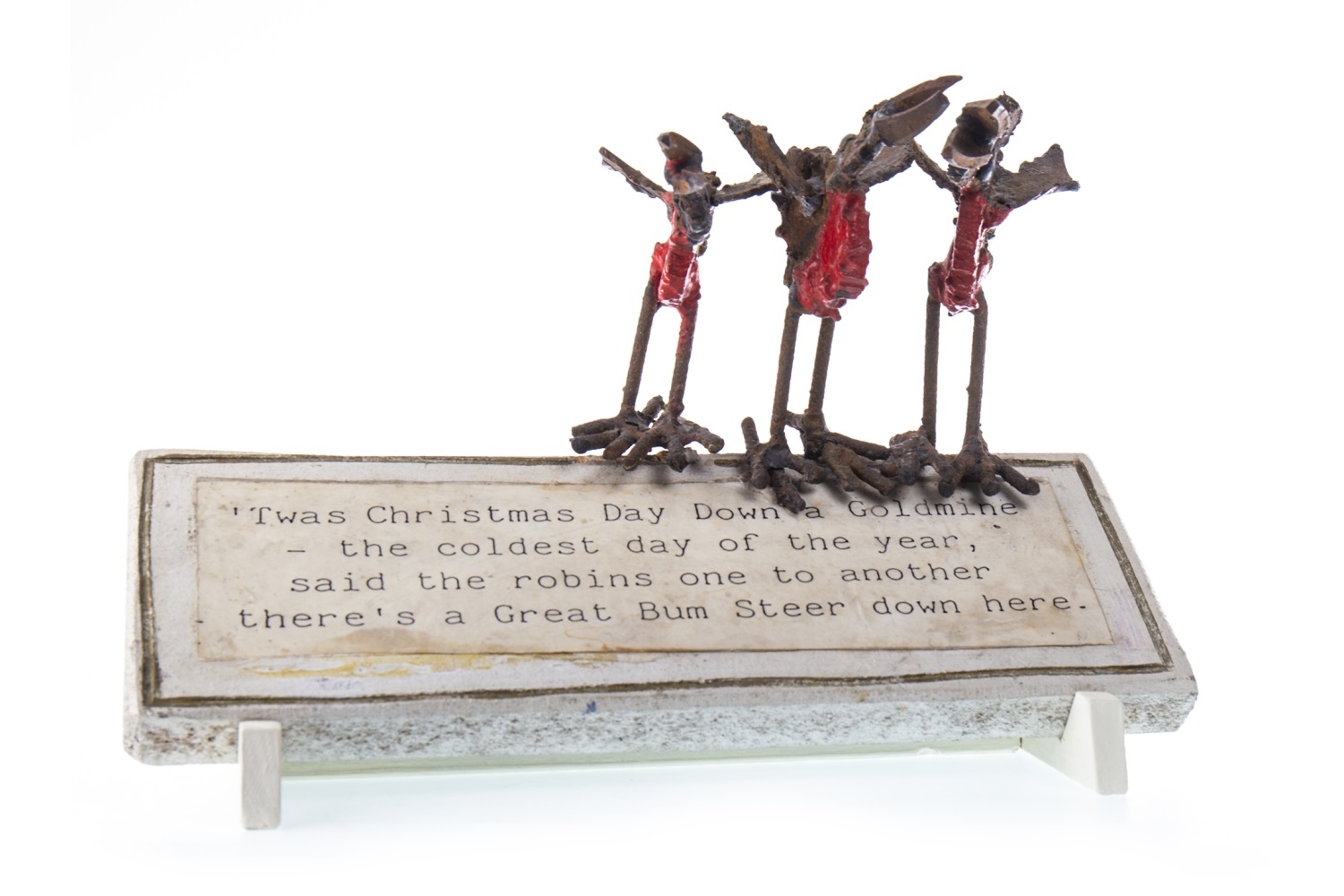 Robins were recurring figures in Wyllie’s work, and lot 556 is a wonderful example of his ability to create something distinctive and beautiful out of the harshest of materials. Included with this lot is the exhibition catalogue which gives a snapshot into the artist’s intentions behind each piece and a comical illustration of each one.  Three Robins carries an auction estimate of £300-500.

Lot 543 sees Wyllie return to the bird theme, this time in a colourful pen sketch. Exhibited ten years later at The Scottish Gallery’s summer exhibition, The Experiment demonstrates Wyllie’s playful penmanship and his continuing concern for animal welfare and affinity with birds. With an auction estimate of £150-250, lot 543 a perfect companion to lot 556.