Fresh to the Market - Iona Shore by John Maclauchlan Milne

McTear’s is proud to offer an exceptional work by John Maclauchlan Milne in the 19 May British & International Pictures Auction. Lot 11, Iona Shore, is a stunning example of work by the artist known as the Fifth Scottish Colourist. This oil on board has been in the private collection of a family in Fife, Scotland, and as far as we are able to ascertain, the picture has never been offered at auction. 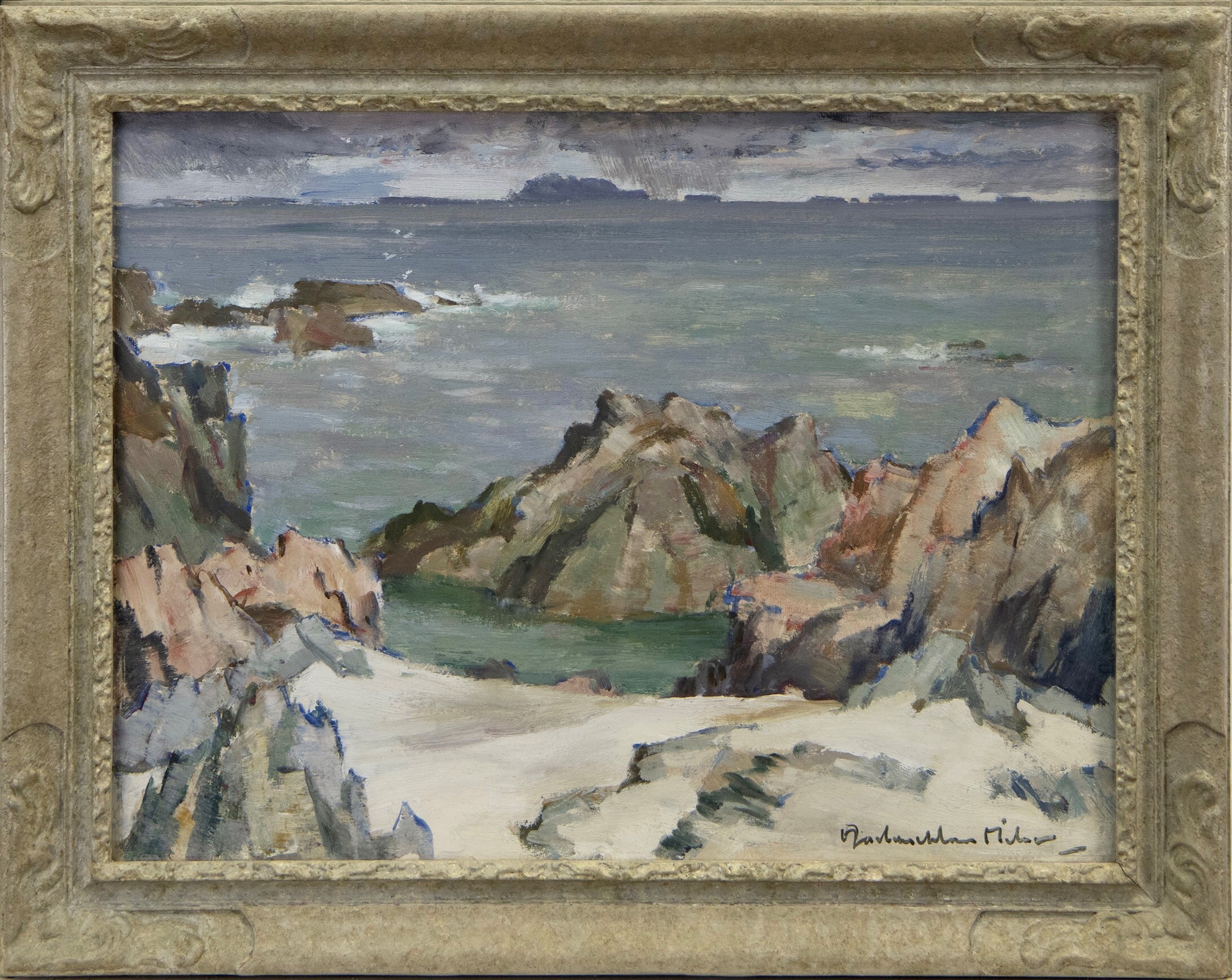 The shores of Iona offered beautiful colours and breath taking vistas, which inspired the Scottish Colourists in their heyday and has made a lasting impression on generations of artists ever since. Although Milne was encouraged and influenced early on by his father, the Scottish landscape painter Joseph Milne, his first trip to France brought about a complete change in style.  As his obituarist wrote "like Peploe, he saw Cézanne and was immediately conquered."

Maclauchlan Milne worked with and exhibited with the Scottish Colourists (Peploe, Cadell, Hunter and Fergusson) and he enjoyed great commercial success during his lifetime. Since the John Maclauchlan Milne Estate has been represented by Tom Hewlett's Portland Gallery (London) the auction prices for his paintings have continued to rise. Many consider his quality to be the equal of the better known Colourists, but despite the steady growth in his auction prices, a very fine Maclauchlan Milne can still be acquired for what is "inch for inch" remarkably good value for money.

Viewing this and many more lots in the catalogue here >>