The Works of Art, Medals, Militaria & Furniture Auction is no stranger to bronze sculptures, and bronze masterpieces from centuries past have been known to attract admirers, whether from viewers in McTear’s Glasgow Galleries or from online bidders from far-flung corners of the globe.

This month’s auction looks set to continue that precedent, with incredible bronze sculptures an unmissable feature of the auction on 28 August. In addition to 19th and 20th century classical bronze figures (lots 1411, 1412 & 1468) this auction includes a collection of more contemporary bronzes, by acclaimed sculptors of the modern day including Michael Simpson and Tim Cotterill.

With the nickname ‘Frogman’, it is perhaps not difficult to surmise the identity of the whimsical bronze animal figures for which bronze sculptor Tim Cotterill is best known. Cotterill was born in Leicester, England, in 1950, and first grew interested in the design of welded steel animals in the 1970s. In the subsequent decades, Cotterill developed a reputation for animal sculpture, as his steel owls, parrots, hawks and eagles garnered attention at art shows across the USA. The famous bronze frog figures which would become synonymous with Cotterill came to fruition after  Cotterill started designing bronze frog figures after moving to Venice Beach, California, and has since designed more than 200 limited edition bronze frogs. 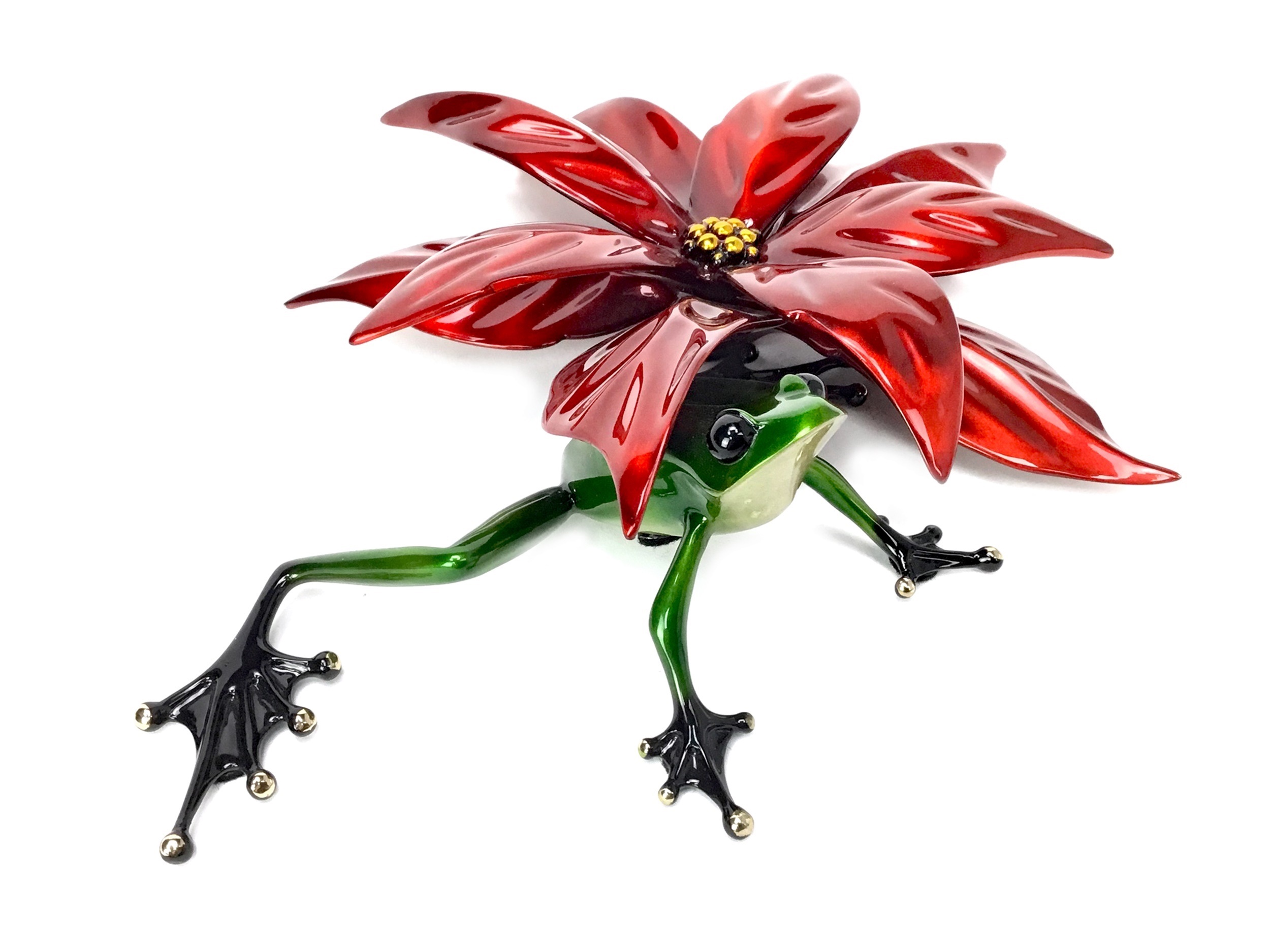 Four works by Tim Cotterill are included in The Works of Art, Medals, Militaria & Furniture Auction this August (lots 1423-1426). The first of the four, ‘Poinsettia’ features a lovely little green frog poised below a vibrant red Poinsettia flower (lot 1423). 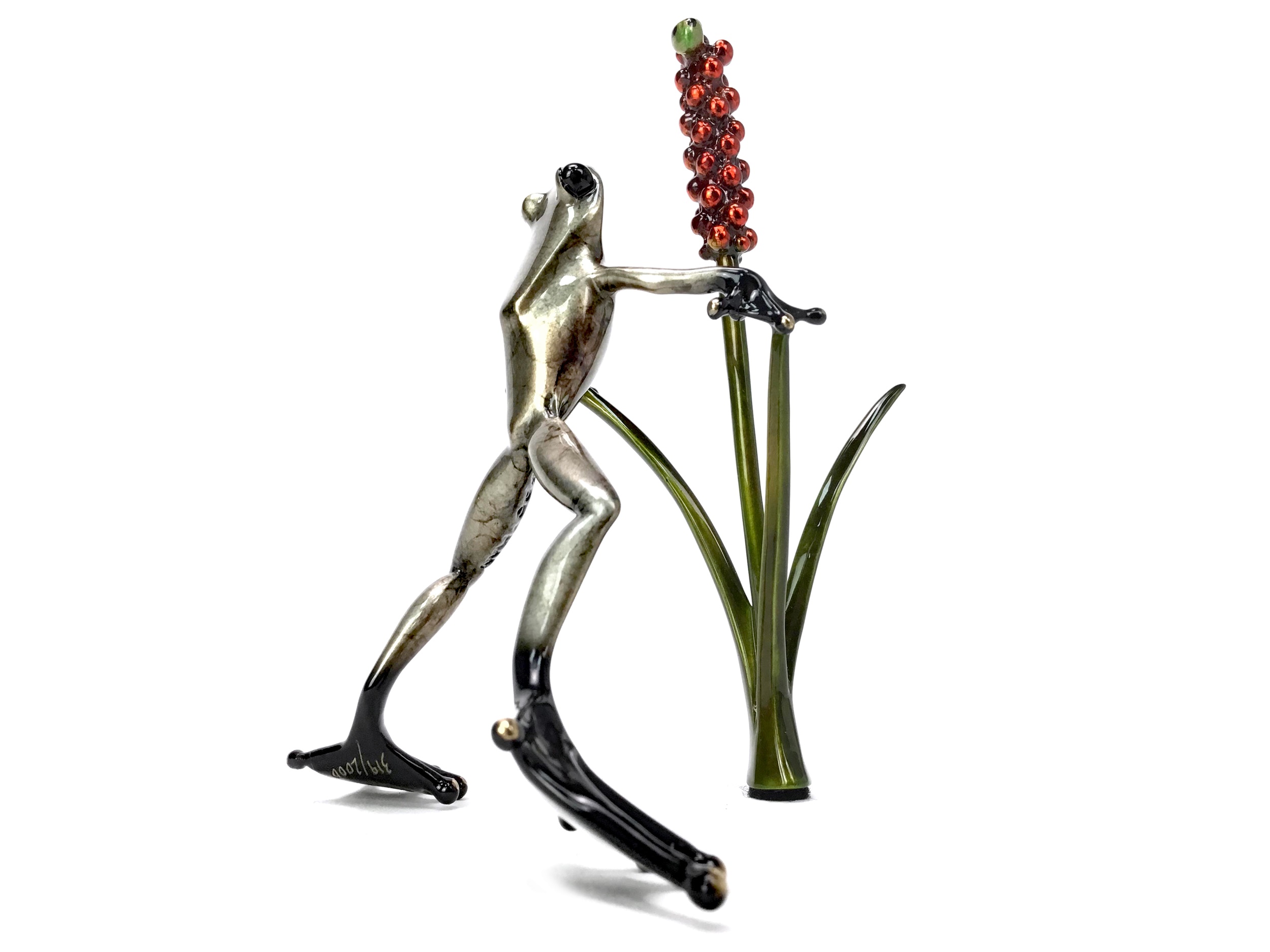 The Frogman sculptures in lots 1425 and 1426 similarly include frogs modelled with a colourful flower, with the former in fact featuring two little frogs playing upon the iris. With estimates ranging from £100 upwards, you’d be toad-ally wild to miss out this Friday 28 August. The Works of Art, Medals, Militaria & Furniture Auction starts at 1pm.

Entries are invited for the next auction on 9 October. For a complimentary valuation contact Hannah Murphy on 0141 810 2880 or hannahmurphy@mctears.co.uk.