From Pounds to Ponds

During the nineteenth century, UK currency gradually became legal tender within all of the British territories of South Africa. However, for a short period of time, the Transvaal Republic within South Africa used gold coins of their own. Produced between 1867 and 1902, these were known as ponds rather than pounds. 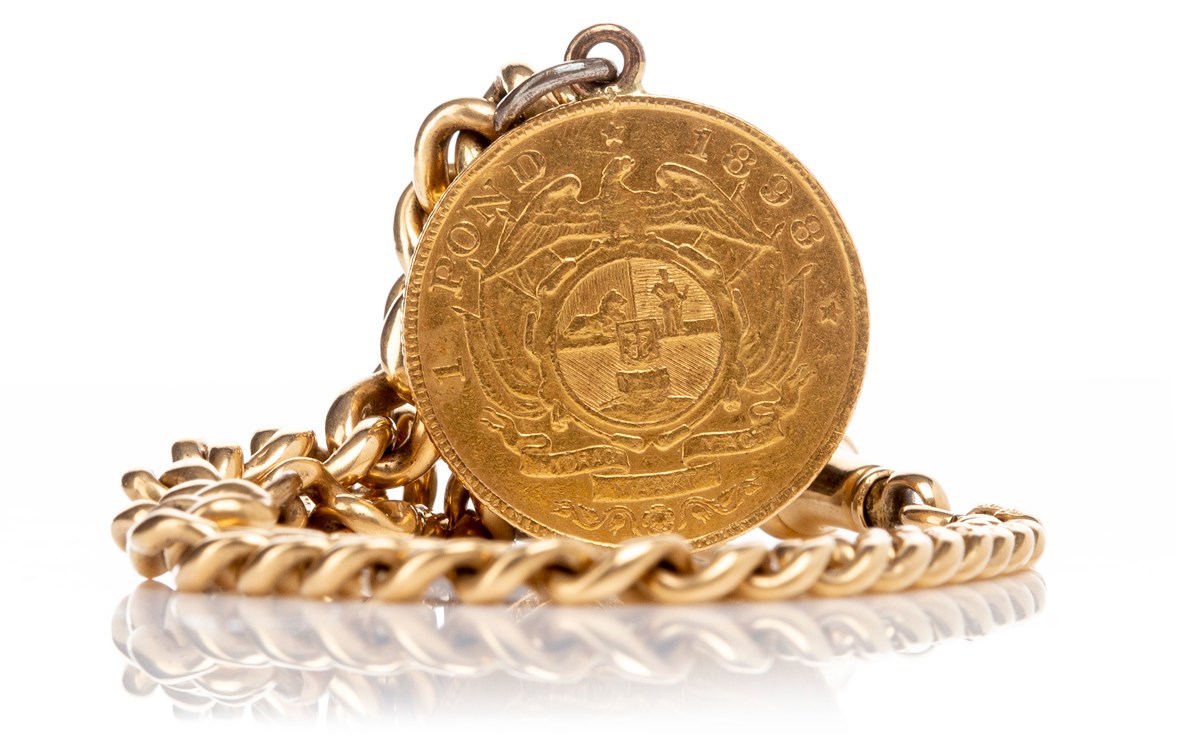 Lot 504 is a gold South African pond dated 1898. As was common during the nineteenth and early twentieth centuries, this has been mounted to a piece of jewellery. In this case, a bracelet.

Do you have coins or banknotes to sell? Email sarah@mctears.co.uk for a free, no-obligation auction estimate.