A truly iconic Scottish Rugby Union jersey, worn in the Rugby World Cup Semi-Final 1991, will go under the hammer at McTear’s this month.

Lot 1762 in The Sporting Medals & Trophies Auction on 20 November features this famous jersey, worn by captain David Sole at the semi-final match of 26 October 1991, as Scotland faced England at Murrayfield before a crowd of over 50,000.

The dynamics of the game were later explained by Jason Leonard of the English side, who recalled that whilst the Lions Tour in the late 1980s had ‘helped build a few bridges’ between the two sides, there remained some ‘antagonism’ on the field… namely on the front row between David Sole and Jeffrey Probyn. It was no doubt with this anticipated animosity in mind that David Sole made some alterations to this renowned jersey… 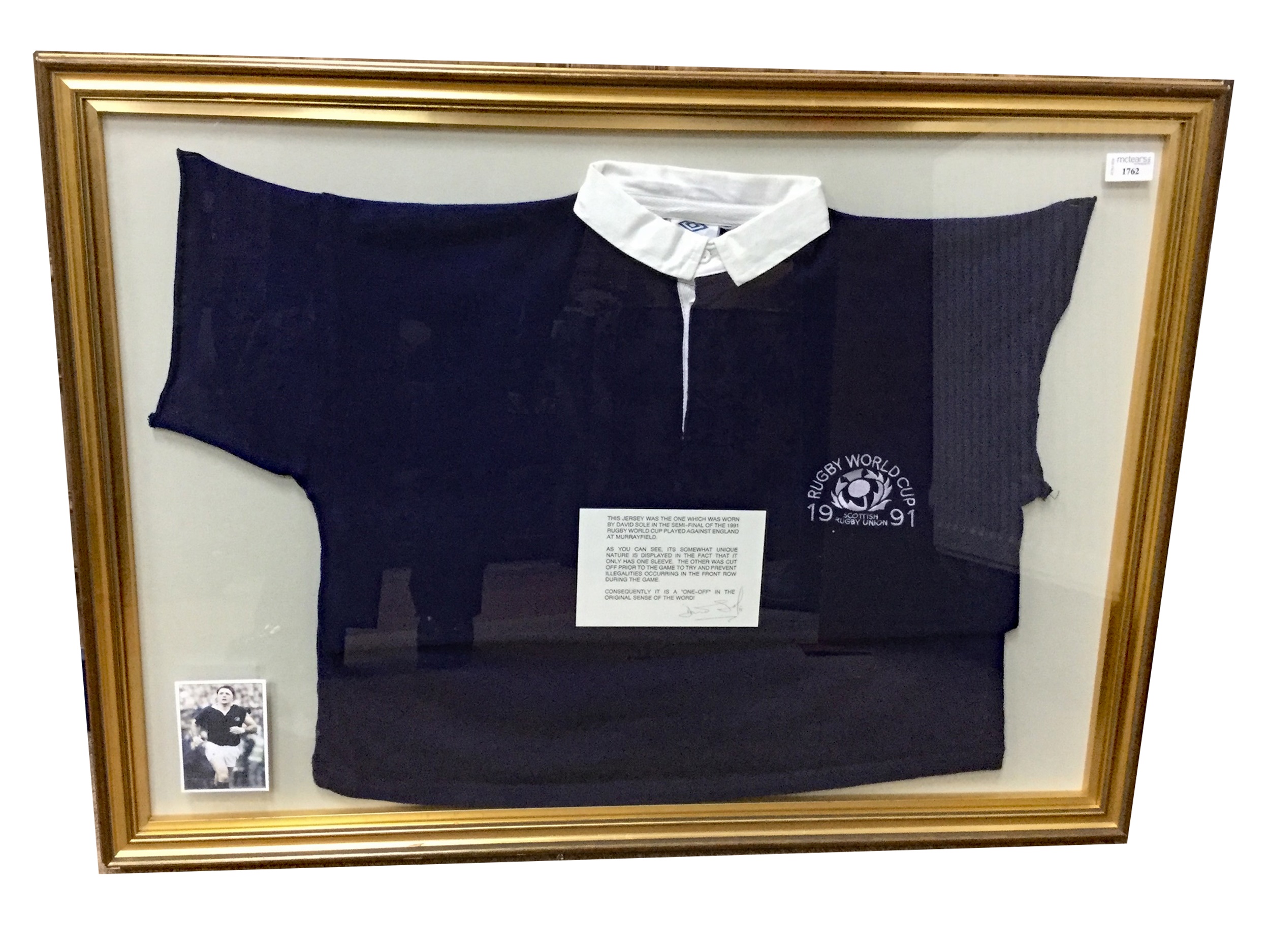 Indeed, photographs of David Sole from that famous game show the player with his left sleeve removed, this cut off to prevent Probyn grabbing the shirt – or in Sole’s words to ‘combat illegalities’ – in the front row during the fixture.

Whilst the match ended in a gruelling 6-9 defeat for the Scots, this jersey remains a symbol of the determination of the Scots. Sole’s shirt – sleeve frayed as to be expected – is now framed. This piece of Scottish sporting history is offered at lot 1762 in The Sporting Medals & Trophies Auction on Friday, with an auction estimate of £1000-2000.