This November’s British & International Pictures Auction features works by 4 prominent members of the Glasgow Boys. Pictures by Edward Atkinson Hornel, George Henry, William Stewart MacGeorge and Sir John Lavery, are dotted throughout the catalogue, making up 8 of the 160 total lots set to go under the hammer on 18 November. 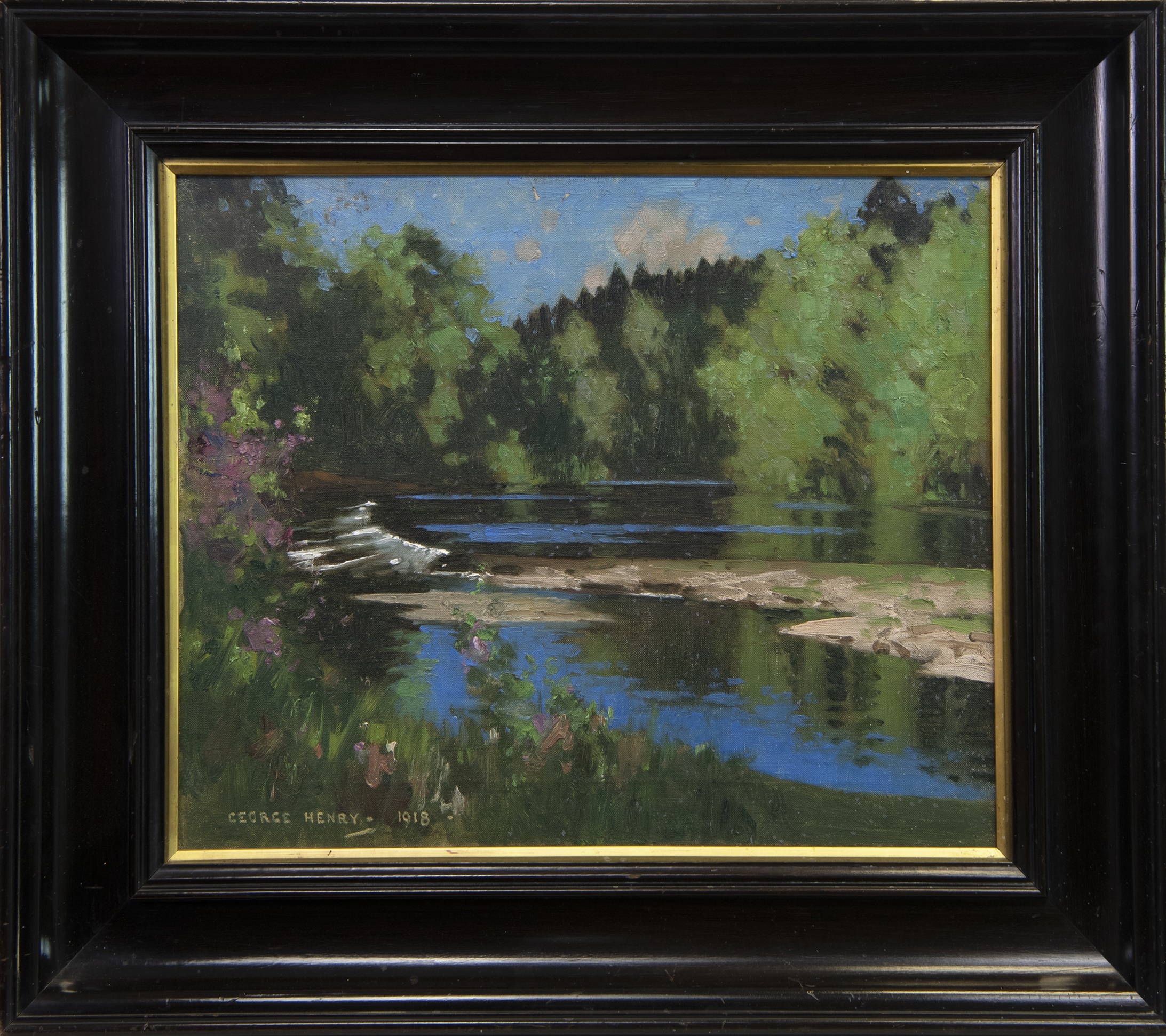 The Glasgow Boys rose to prominence in the late 19th century, where their paintings focused on naturalism and realism. The group strayed from the expected historical subjects, and instead depicted real, contemporary life, heavily featuring scenes from rural life and the cities that surrounded them. The group’s fame extended past their eponymous city, exhibiting all over Europe and even making their way to America and Canada, becoming the most significant group of artists working in the United Kingdom and with a genuinely international reputation.

The three pictures by George Henry show the range of his subjects, comprising of a landscape, a golfing scene, and a portrait included in this sale. Lot 26, By the Riverbank by George Henry, is a serene depiction of a riverbank, dated 1918. Henry was known for his rich colours in his paintings, which is evident in the blues, greens, and touches of purple featured in this scenic work. Lot 78, Sussex Golf Course, although a landscape, also depicts a favourite Scottish pastime, golfing. Henry’s technical skills are obvious through his shadows from clouds on the fairway, and his rich use of colour is seen again in this vibrant picture. Lot 85, A Lady of Means shows yet another side of Henry’s skill, this time in the form of a portrait.

Sir John Lavery makes an appearance twice in this catalogue. Lot 74 features The Garlanded Ballerina, a stunningly soft oil portrait of a young ballerina, dated 1896, from his first year in London. Lavery continued to paint ballet dancers throughout his career, and Glasgow residents are likely familiar with the artists energetic depiction of Anna Pavlova in the Kelvingrove Art Gallery and Museum. Lot 88, Sketch, the Hospitible Gate, is dated ten years before The Garlanded Ballerina, in 1886, and shows a different side of Lavrey’s talent, here emphasising the natural world. The autumnal colours in this work together effortlessly to present the gate and the road it inhabits.