A rare painting of Glasgow from the collection of one of Scotland’s greatest entertainers, will shine in the auction spotlight later this month.

‘Glasgow Tram’ by acclaimed UK landscape artist, Herbert Whone, is being sold by the family of the late Scottish comedian and actor, Johnny Beattie, with the oil on board scheduled to feature in The Scottish Contemporary Art Auction at McTear’s on 20 June.

The painting, which was completed in 1962, was purchased directly from the artist and has remained in the Beattie family ever since. The image, which shows one of Glasgow’s last trams travelling along a rain soaked street with a couple in the foreground, is a classic example of Whone’s work and captures the very essence of the city during the 1960s.

“Dad loved his art but it was my mum, Kitty Lamont, who purchased the Herbert Whone directly from the artist,” explains Louise Beattie, Johnny’s daughter. “I am pretty sure she bought it when they lived in Partickhill which means it has been in the family for almost 60 years.

“The painting has been admired and commented on many times over the years. In fact the artist tried to buy it back at one point, although we politely declined.  We have had a lot of pleasure from the piece but after so many years and following the passing of my dad, we all agreed that it was time for another art lover to get some enjoyment from the work.” 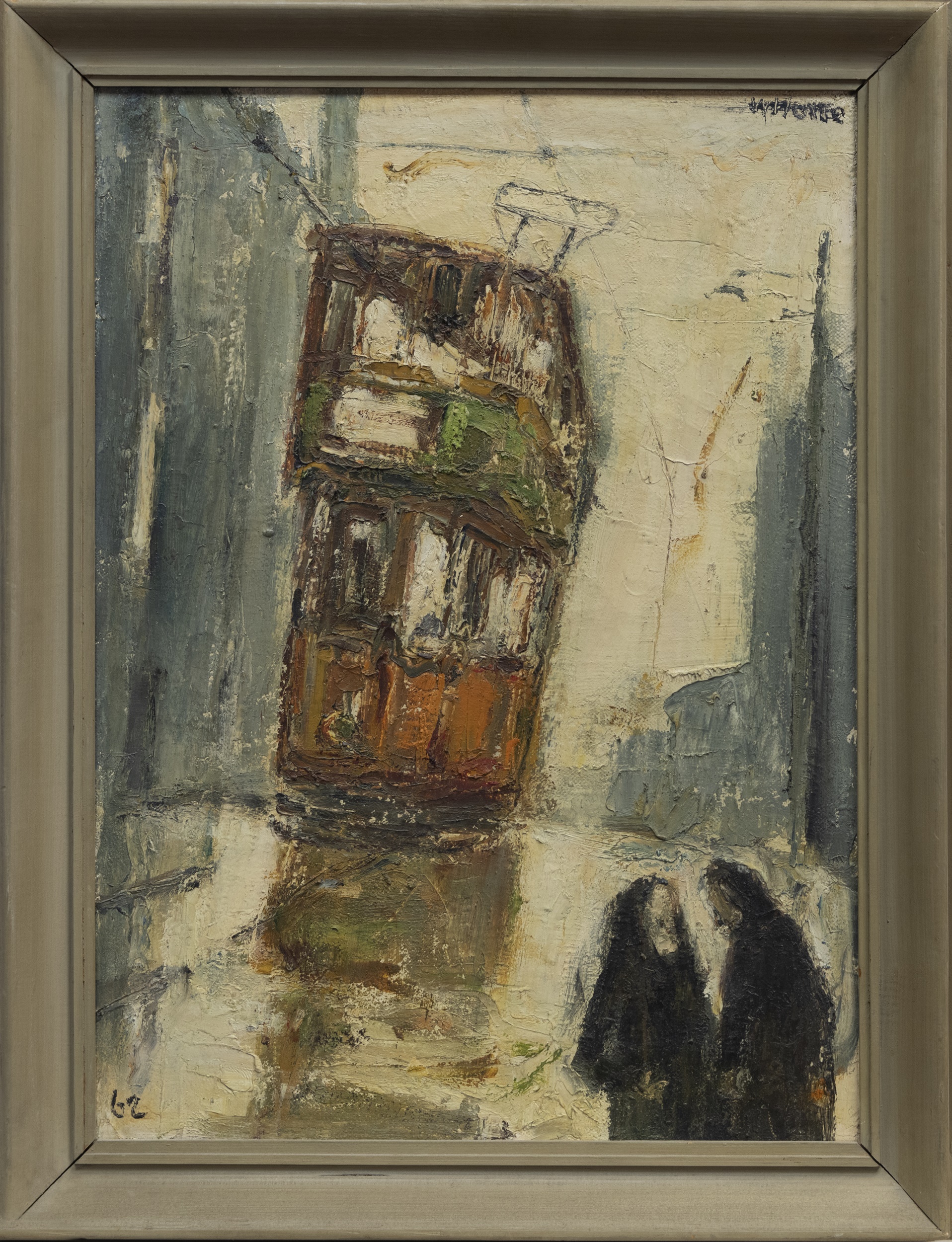 Born and raised in Yorkshire, Herbert Whone (1925-2011) moved to Glasgow in 1955 where he produced a series of acclaimed paintings showing the changing face of the city.  The artist’s works can be found in many public collections including; Glasgow Museums & Galleries, The Scottish National Gallery of Modern Art, The Hepworth, and Salford Museums & Galleries. Works by the artist rarely come to auction and art experts at McTear’s estimate the 57cm x 40.5cm oil on board could fetch between £8,000 and £12,000.

Commenting on the auction, McTear’s Managing Director, Brian Clements, said: “This fantastic painting depicts a 1960s Glasgow scene that Johnny Beattie and his wife Kitty Lamont would have known very well indeed.  It is an evocative work that illustrates Whone’s style perfectly as he brings to life the last days of the city’s trams.   I have no doubt we will see significant interest when the painting goes to auction on 20 June.”

Johnny Beattie MBE (1926-2020) was one of the pillars of Scottish entertainment and enjoyed a career spanning more than 60 years.  Beattie, along with fellow Glaswegians Rikki Fulton, Jack Milroy, Jimmy Logan and Stanley Baxter were the blueprint of post war Scottish comedy. What set them apart was their ability to turn their hand to almost anything. In his incredible 63-year career Johnny was a stand-up, film and TV actor, presenter, panto dame and TV soap star.

McTear’s Scottish Contemporary Art Auction takes place every six weeks and is the largest and most prestigious auction of its kind, with sales showcasing works by some of the country’s leading artists including Peter Howson, John Bellany, Graham McKean, Avril Paton, John Byrne, Jolomo and Gerard Burns amongst others.

‘Glasgow Tram’ will feature in The Scottish Contemporary Art Auction on Sunday 20 June from 1pm.