In 1988 some of the world’s best horticulturalists descended upon Glasgow for the Glasgow Garden festival. Glasgow was awash with colour as it played host the third of five National garden festivals. It was the only one of the five to have taken place in Scotland, and was regarded as the most successful of these.

To celebrate it, many Scottish producers sold collectors’ items, and whisky companies got in on the act also. Bowmore being the most recognisable of these. 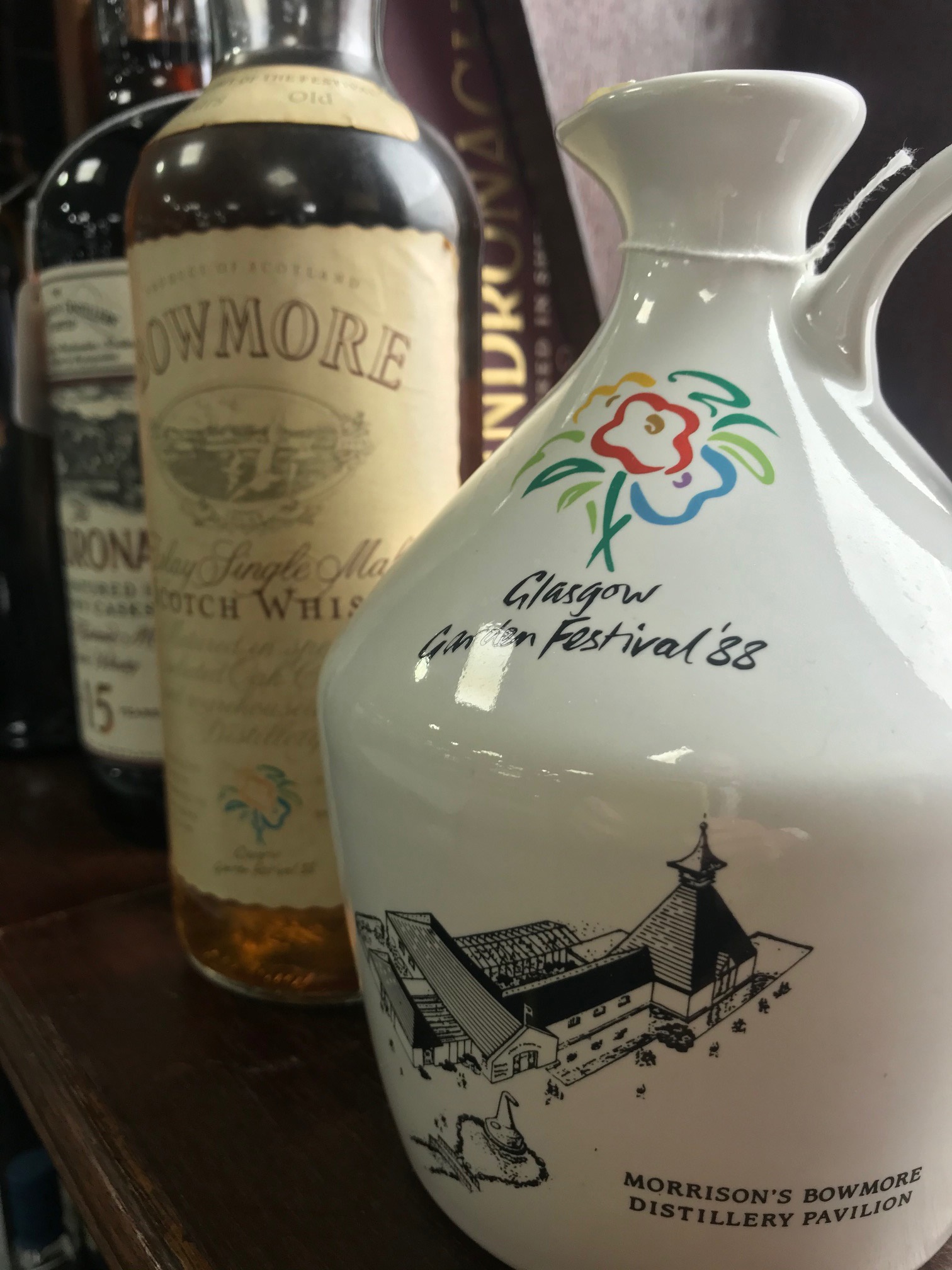 Lot No. 5 is an example of the Bowmore 15 year old which was bottled in a specially commissioned ceramic flagon to celebrate this great event on the banks of the River Clyde. Now in auction these bottles sell for in the region of £200-£300.

The little brother of this flagon was the Bowmore 10 years old in the standard bottle style, with the special edition label. This also generates interest with collectors, selling for £100-£150 at auction. Lot 40 gives you the opportunity to own one of these fantastic keepsakes from this iconic distillery, and event.