Glasgow through the years

It is no surprise that pictures depicting Glasgow frequently make their way into the McTear’s galleries and into our pictures sales. The Scottish Contemporary Art Auction taking place 1 August has Glasgow-centric pieces at every price level, also representing various stages of the city’s history. 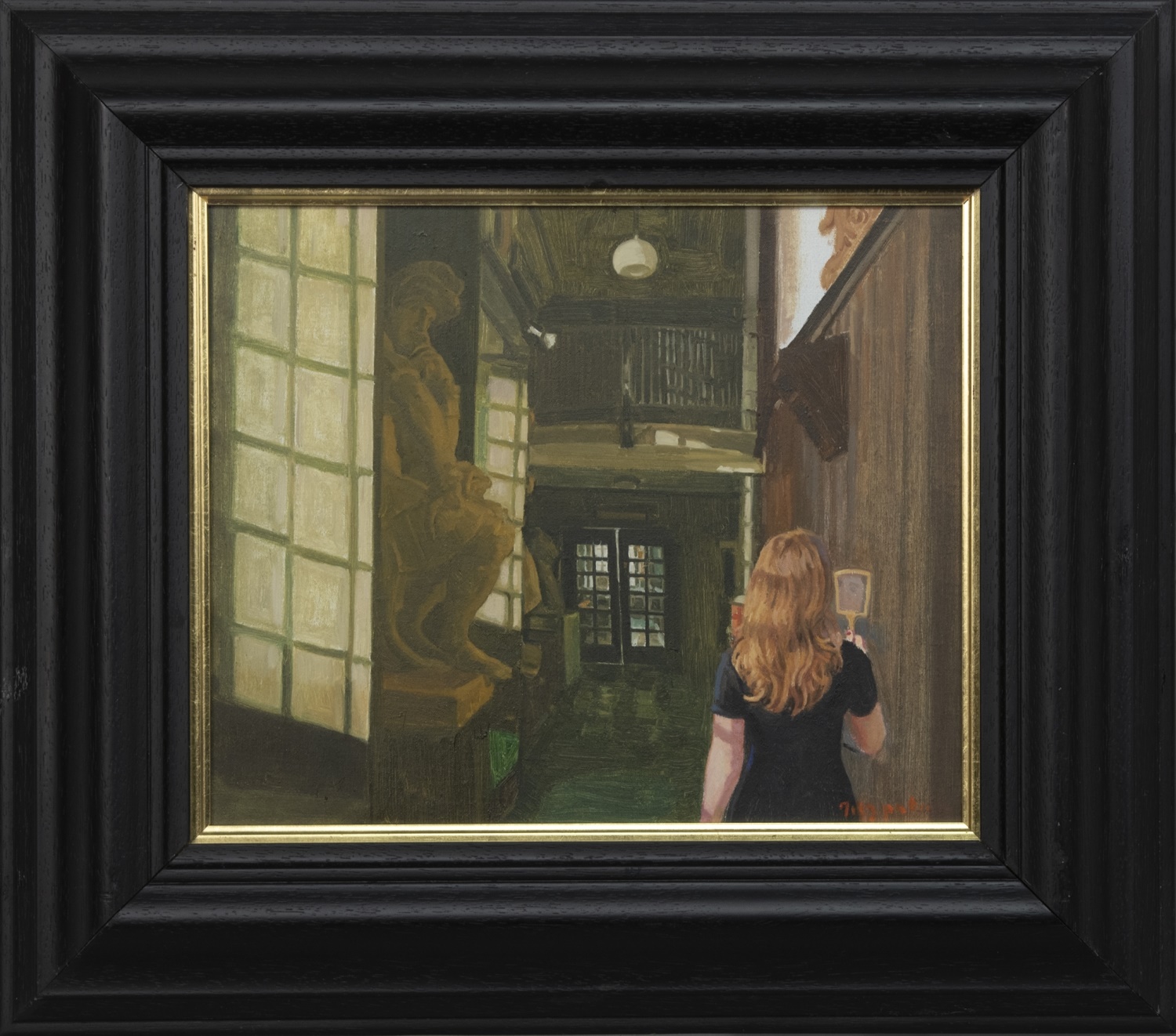 Contemporary depictions of the city are offered up throughout the sale, including lot 731, Lost, an oil by Glasgow School of Art graduate Andrew Fitzpatrick, showing a peek inside the walls of his alma mater. 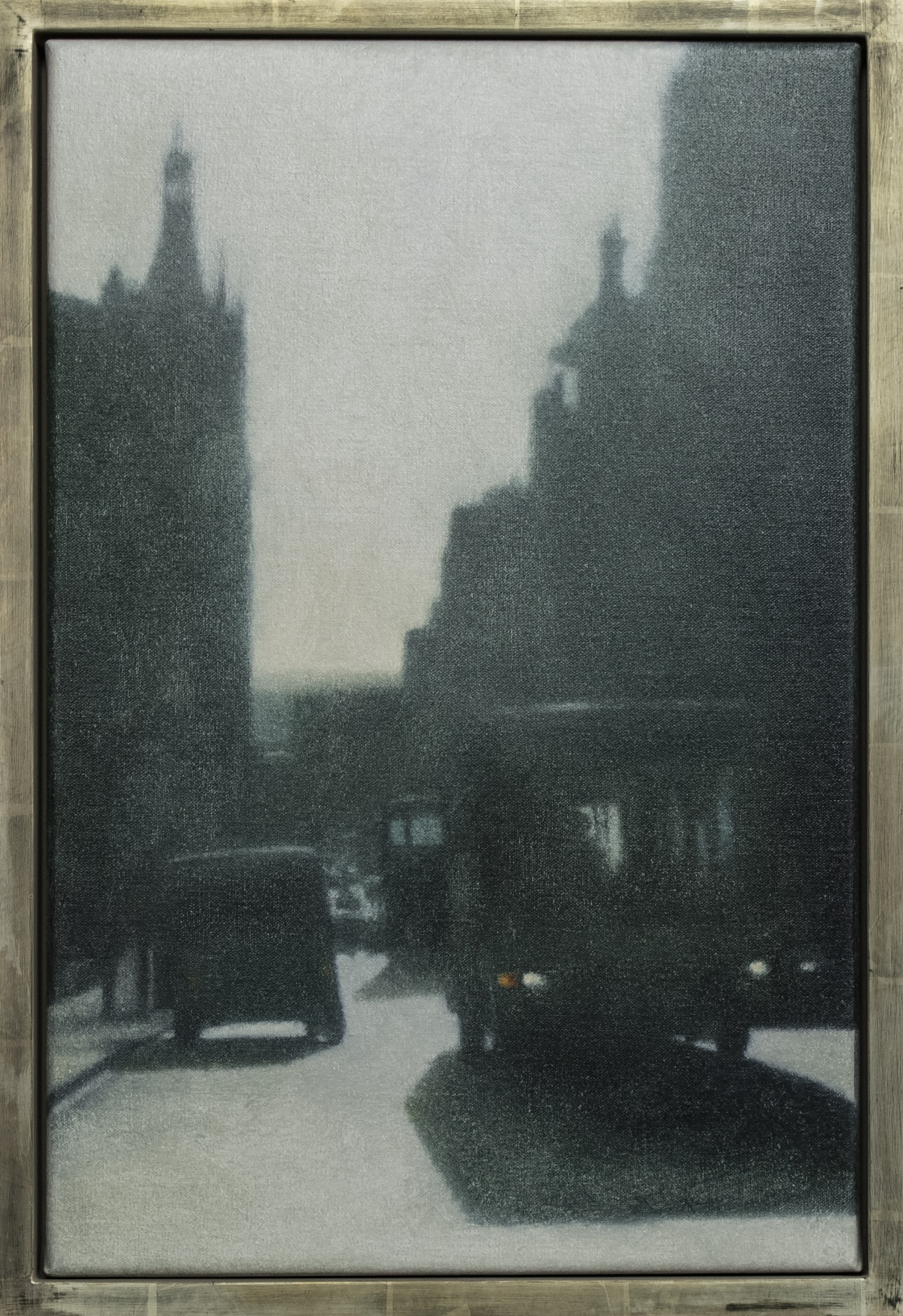 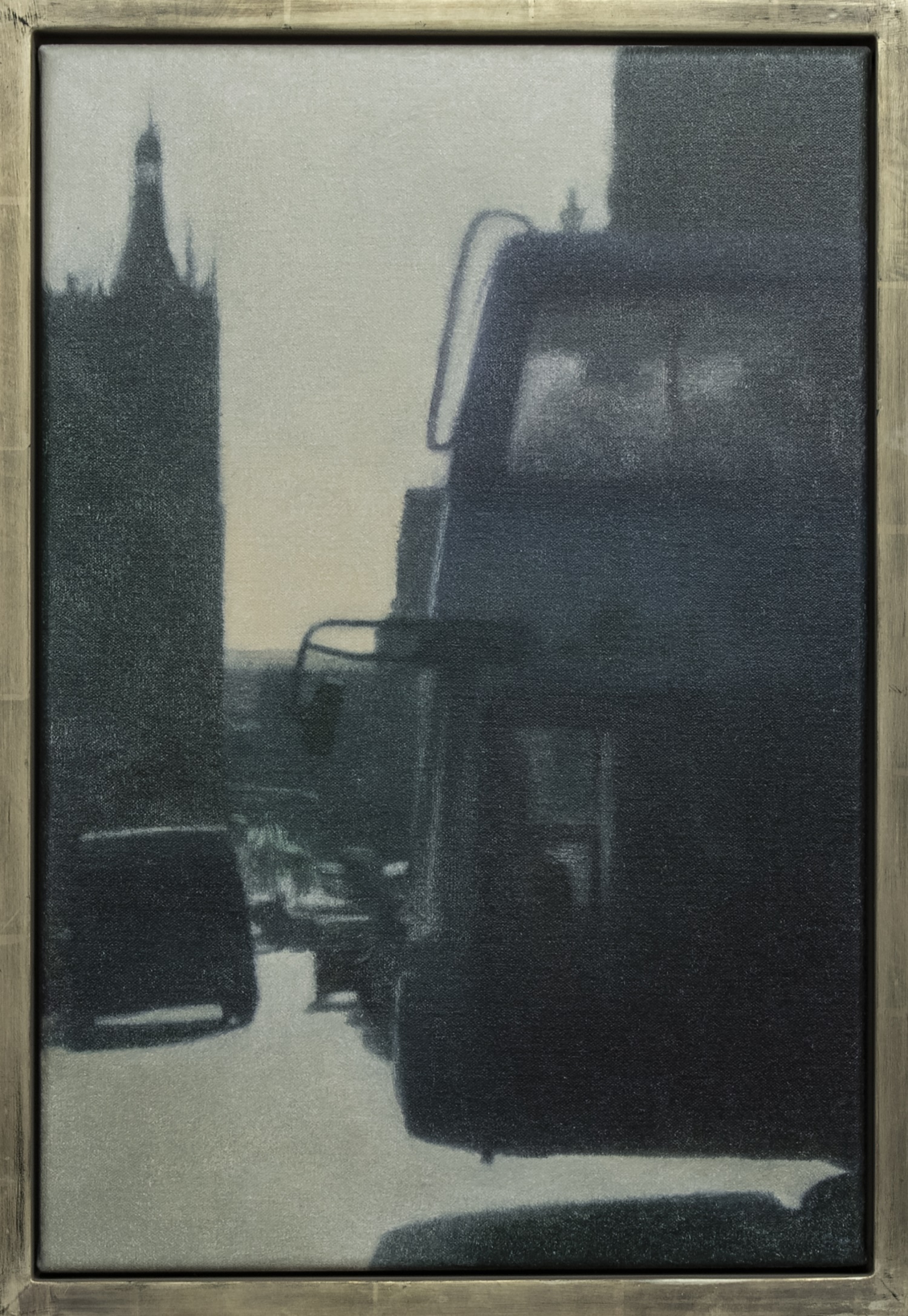 Other contemporary depictions include two oils of Glasgow’s bustling Hope Street by Sue Biazotti. The two lots, 709 and 710, show the busses zooming past on their routes beneath the ornate architecture of the city centre. 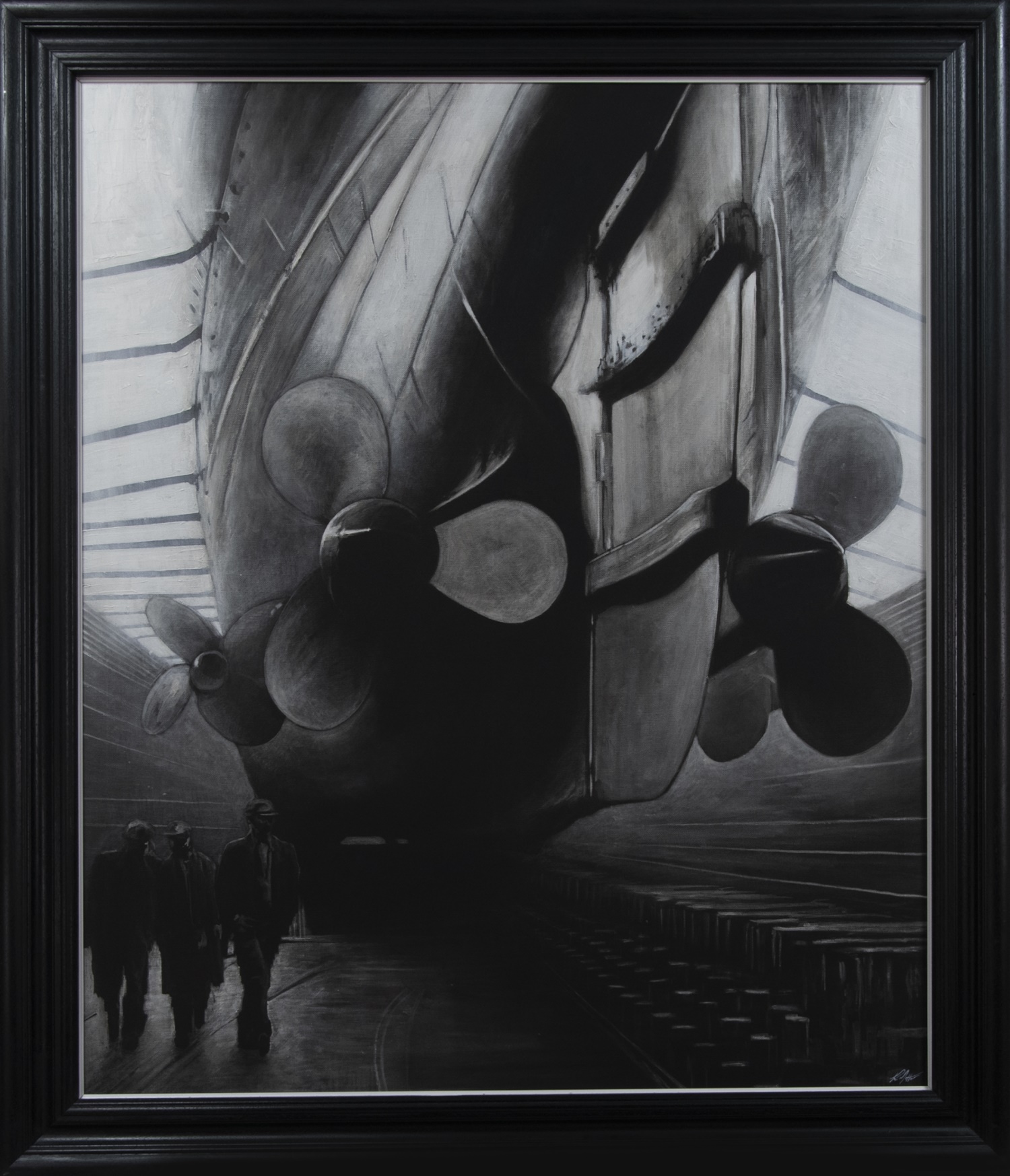 One picture takes us back to the days of Glasgow’s ship building past, when the banks Clyde was full of shipyards and its workers. Ryan Mutter’s ‘Clyde Built’, lot 651, is a larger oil, depicts a scene from this time, where shipbuilding made Glasgow a world-renowned centre of industry for Britain and beyond. 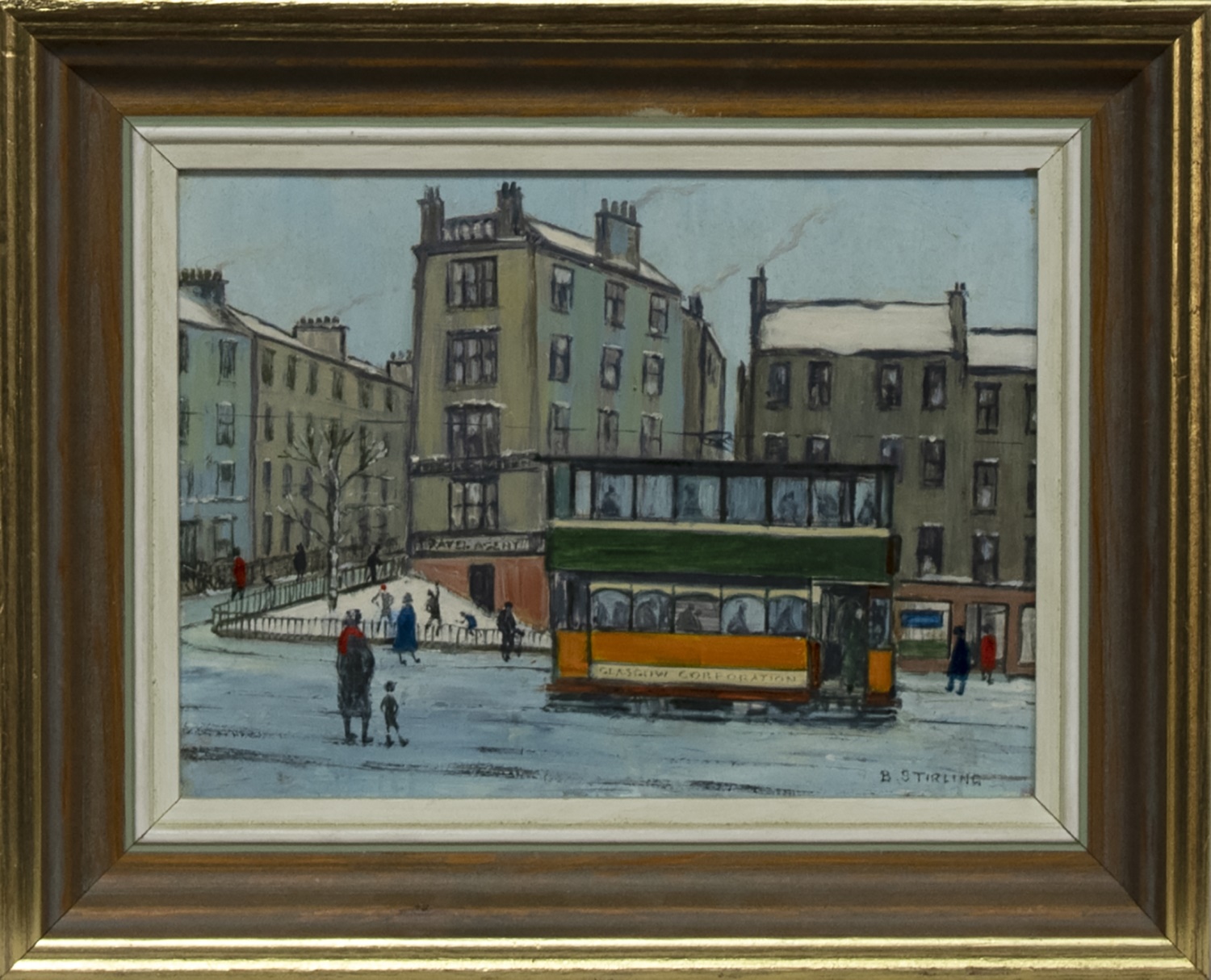 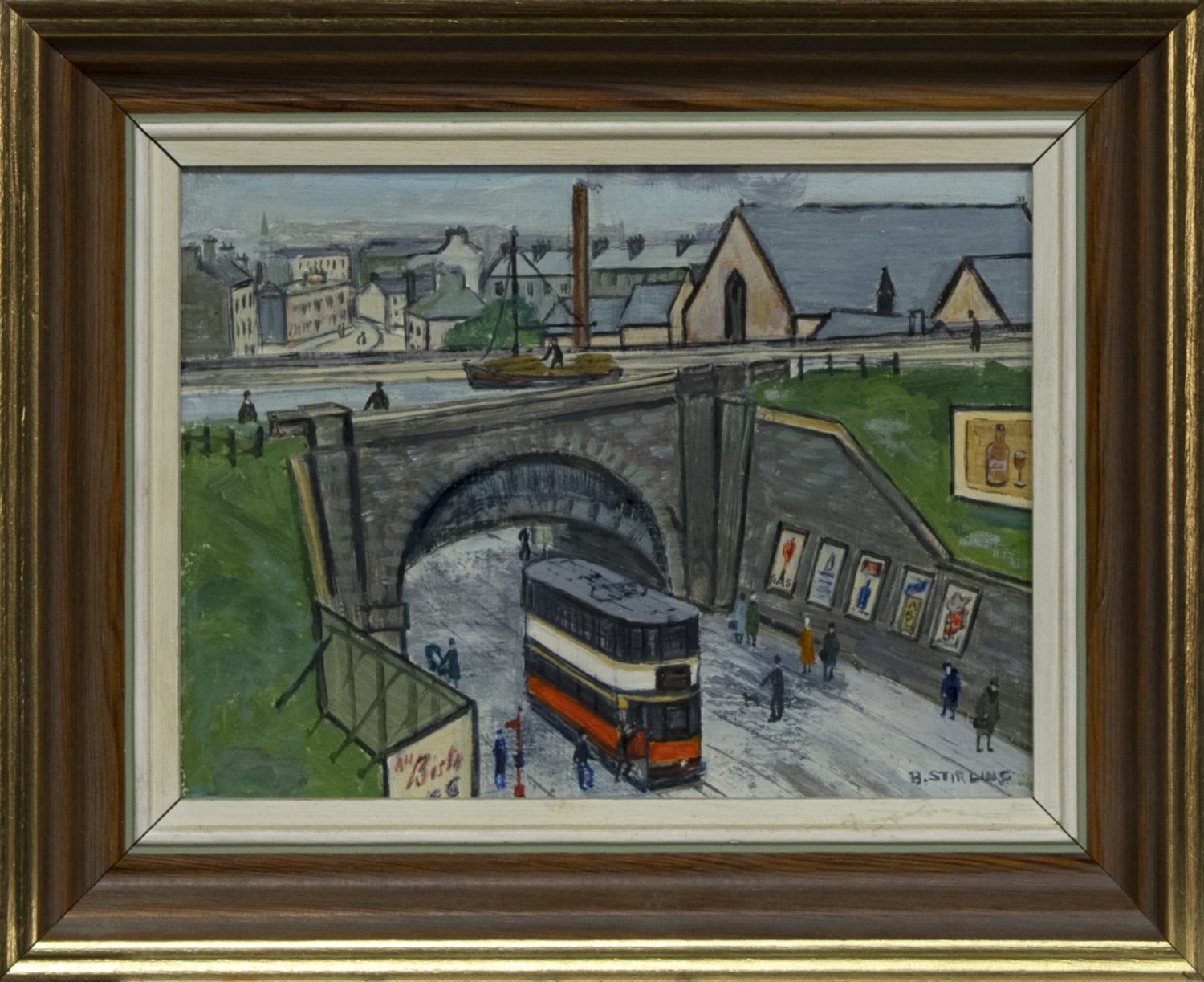 Two modest oils by Betty Stirling show Glasgow in the first half of the 20th century, with trams amongst the busy streets. Lots 685 and 687 are two such scenes, with the double-decker trams making their way through the city.

An impressive inclusion in pictures depicting Glasgow’s past is also likely to be one of the stars of the auction; a stunning work by acclaimed artist Herbert Whone, Winter Scene with Coal-Man, Rotten Row, also known simply as Glasgow Winter. Whone lived in Glasgow when it was going through drastic changes in the mid-twentieth century. The shift from an industrial city to a modern one is seen in Whone’s art, and this picture, lot 515, in particular is one of the finest examples from his oeuvre.

For a complimentary, no-obligation on Scottish contemporary art, please contact our specialists on 0141 810 2880 or auction@mctears.co.uk.