Depictions of John and James Grant, the founders of the Glen Grant distillery, can be found adorning each label of Glen Grant whisky. The two brothers established the distillery in 1840, prior to which they had been producing spirit illegally.

By 1872 both the brothers had died away and ownership of the distillery passed to Young James Grant, known fondly as ‘The Major’.

The Major was a keen hunter, and also had one eye on the future. He was believed to be the first person in the highlands to own a car, and he introduced electric light to the distillery, powered by turbines. By introducing the tall, slim stills, he created the style of Glen Grant we still know today, with a light malty character.

With demand on the up, The Major built a second distillery across the road in 1898, which unfortunately had a short life, closing four years later. ‘Glen Grant 2’ was then reborn in 1965 as the Caperdonich distillery. It then fell to the same fate closing in 2002, and was knocked down in 2010 for redevelopment. 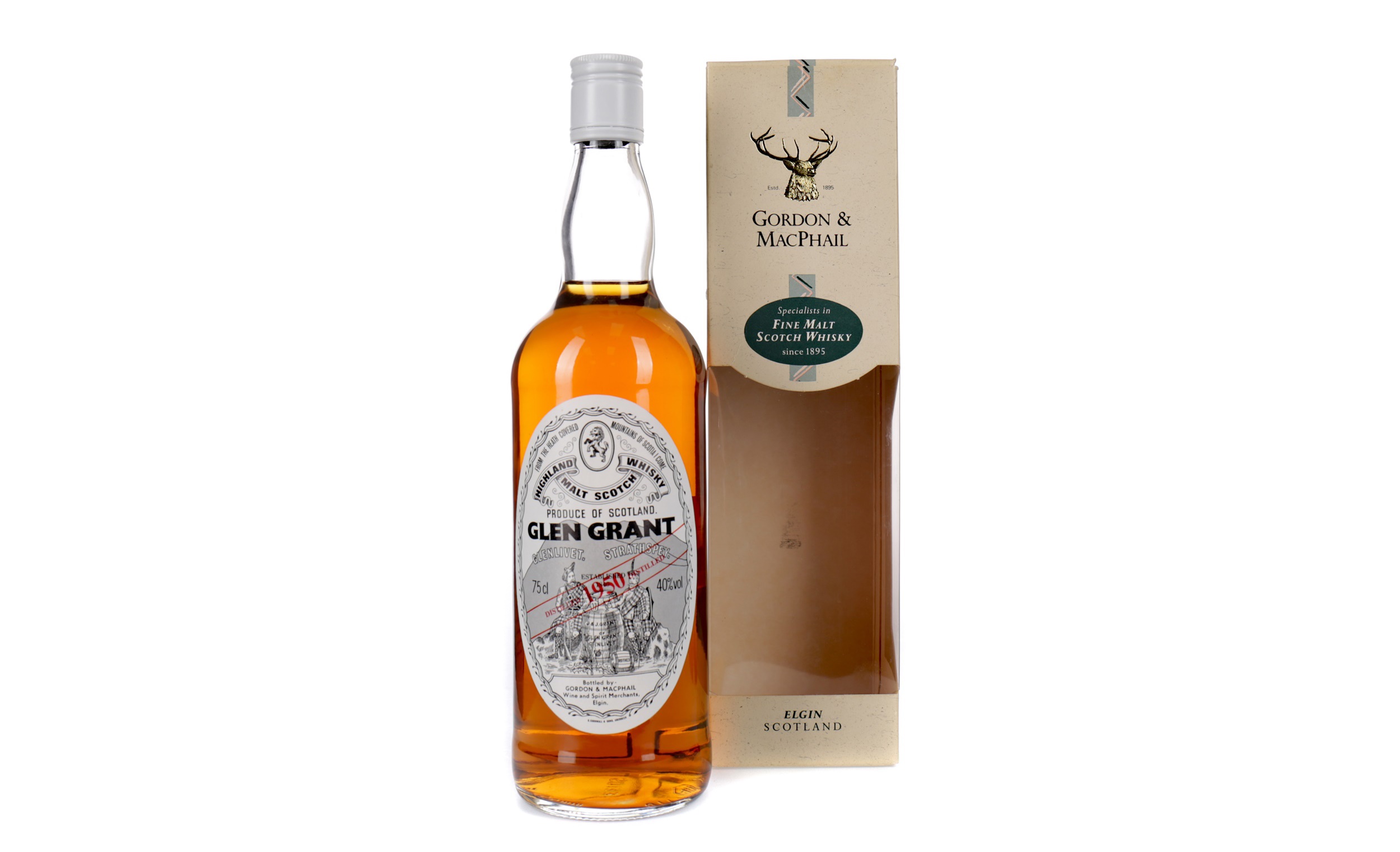 There have been numerous Gordon & MacPhail bottlings of Glen Grant, at a wide range of ages, and also vintages. Lot 121 in the Rare & Fine Whisky Auction is a fine example of said vintage bottlings. Distilled in 1950, this fantastic bottle is expected to achieve in the region of £1000-£1500.

The distillery is now in the hands of French company Pernod Ricard, and is the biggest selling single malt whisky in Italy.

Entries are currently invited for the next auction taking place on 18 June. For a complimentary, no-obligation valuation, contact a specialist on 0141 810 2880 or auction@mctears.co.uk.