Colourful and intricately detailed, figures are a vibrant feature of the Silver, Asian Works of Art & Ceramics Online auction which is now online and available to view and bid until Thursday 2 August. 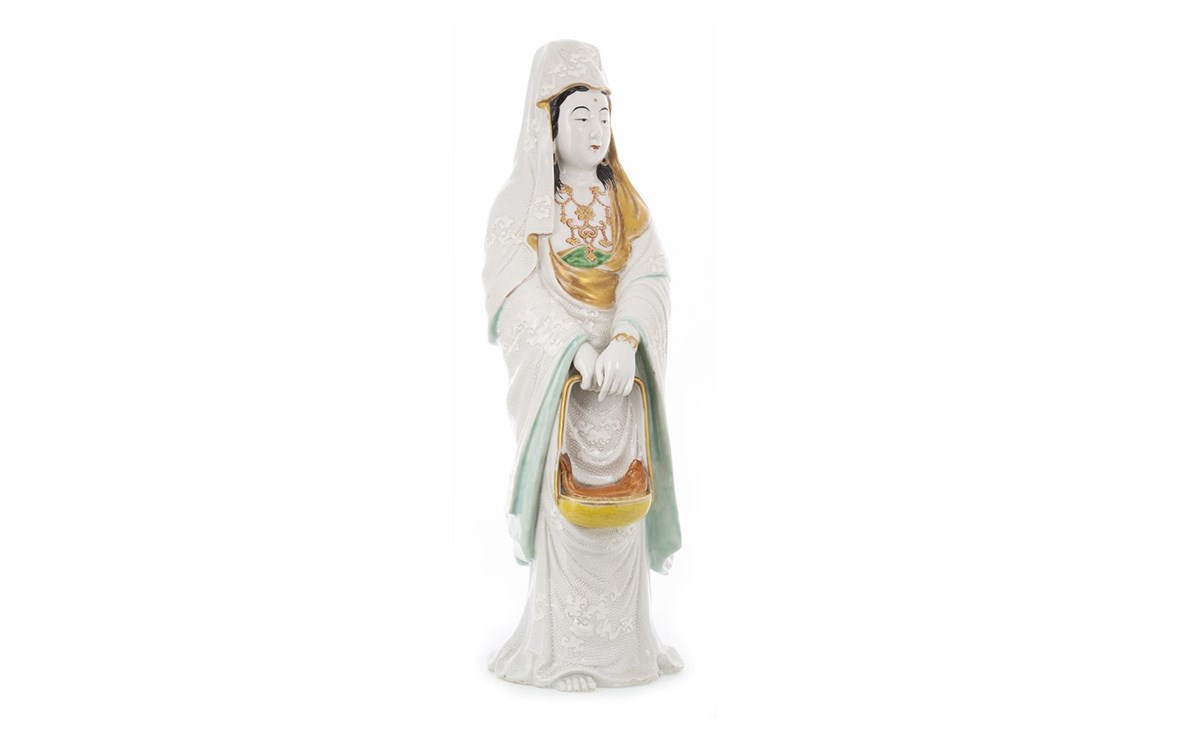 Two impressive Chinese figures are amongst the finest examples, distinct in style but consistent in their beauty and intricacy. Lot 1043 is a late 19th or early 20th century Chinese figure of Guanyin, modelled wearing a white robe with enamel relief decoration and little accents of colour. 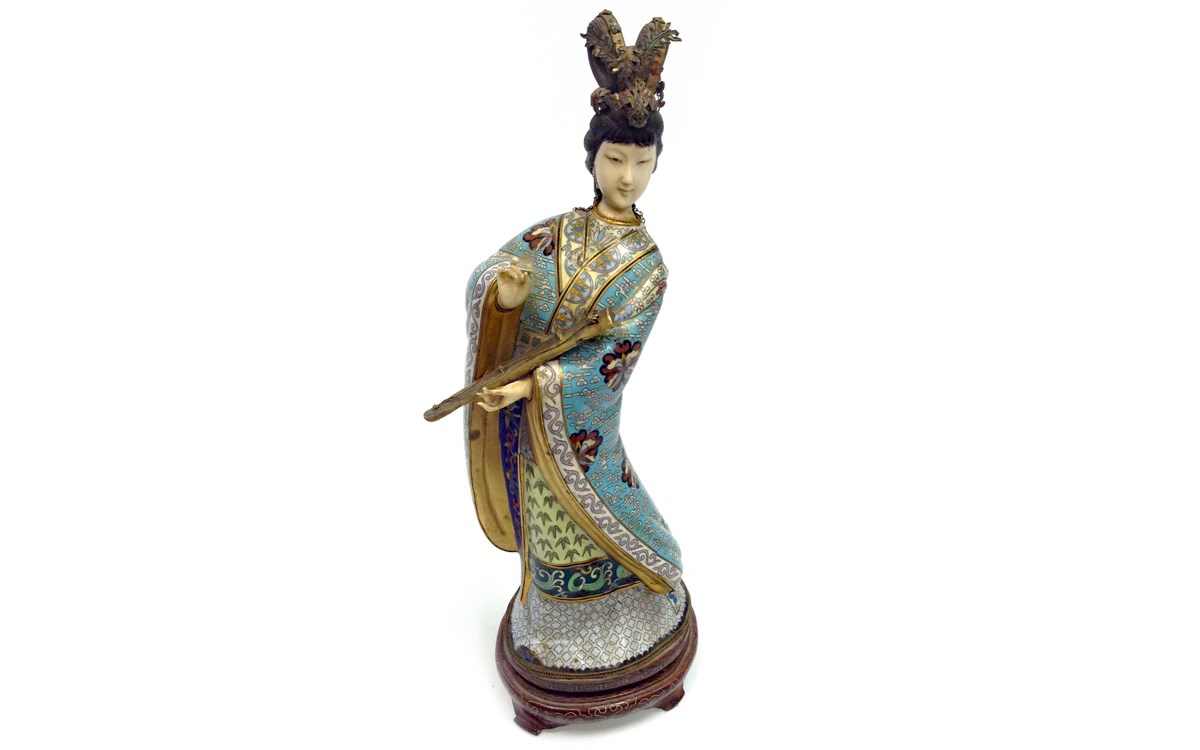 Whilst similar in theme, the robed Chinese figure at lot 1071 is of dissimilar style. This beautiful Chinese cloisonné enamel figure dates from the late 19th century, and depicts Guan Yin. The figure is modelled standing and with an instrument, wearing an elaborate headdress with an abundance of vibrant and colourfully painted details. With attractive auction estimates of £300-400 and £300-500 respectively, these figures pose a perfect opportunity to acquire a little piece of Chinese art.

Alternatively, for a robed figure of an entirely different nature, a Royal Doulton figure group of ‘Europa and the Bull’ is offered at lot 1222. This figure group, number 148 of a limited edition of 300, is from an original modelled by Robert Jefferson. Here, Europa is modelled in flowing robes, sat atop of the bull, above a decorated oval base. This colourful piece has an auction estimate of £100-200.

With such handsome variety in the McTear’s Silver, Asian Works of Art & Ceramics Online auction, there’s still time to figure out what you like best. You can bid online now until 8pm on Thursday 2nd August.

Click to view and bid in the full online auction now >>