The Glasgow Boys were a breath of fresh air on the Scottish art scene in the years 1880 to 1895, and we are delighted to offer for sale this month works by three figures of this revolutionary art movement; Edward Atkinson Hornel (1864 – 1933), William Kennedy (1859 – 1918) and David Gauld (1865 – 1936). It’s difficult to generalise the work of the Boys under one stylistic group and attempts to formalise their aims did not fully come to fruition. What united them was their reaction against the restrictive Edinburgh tradition of academic art and their desire to travel to capture a new Scotland.

By 1915, Hornel was well and truly settled in Broughton House in Kirkcudbright, having made the move from his Glasgow studio in 1901. Dividing his time between painting and the construction of his own Japanese garden, Hornel came to reject the realism and Celtic undertones that characterised the earlier work of the Boys, instead choosing to depict idyllic and romanticised views of life in Galloway.

Hornel celebrated Galloway’s beauty with an intense, decorative approach to painting, with a heavy impasto to create a tapestry of colour. He drew great pleasure from the creation of his own garden, and this is reflected in the rich textures of the flowers and his desire to paint sur le motif. Brighouse Belles (lot 218) is a beautiful example of the style which characterised his work for over a decade and carries an auction estimate of £10,000 – 20,000. 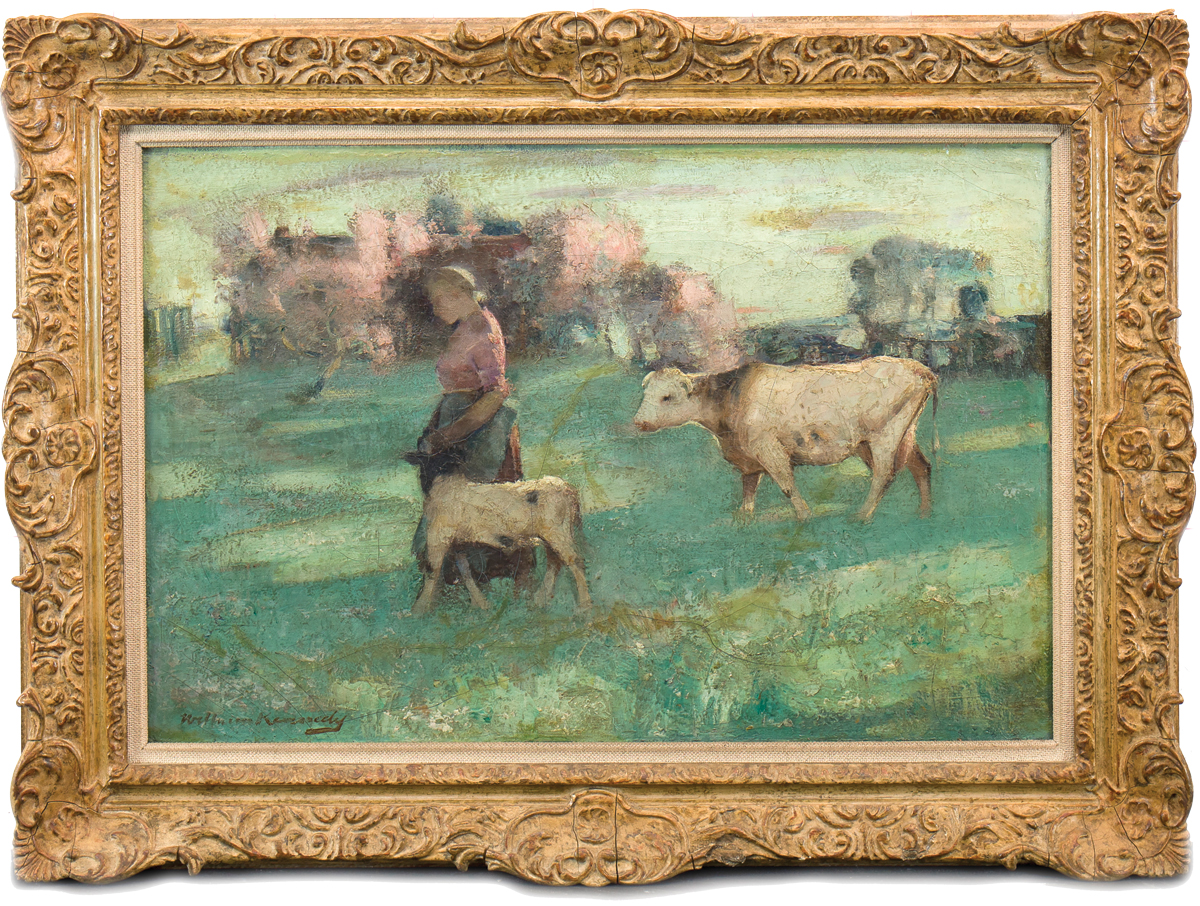 Like Hornel, William Kennedy was well travelled and maintained a studio in Glasgow until the early 1910s. By the time of this painting (c. 1891), Kennedy was likely in Berkshire, where his choice of subject matter shifted towards pastoral compositions seen by the likes of James Guthrie (1859 – 1930) in the early 1880s. His smooth, yet flat brushwork and use of pastel tones gives the piece a softness and the quality of a watercolour.
A larger version of this painting hangs in Glasgow’s Kelvingrove Museum & Art Gallery, which is believed to be the “second” version of this particular composition. Homewards (lot 217) is a wonderful example of Kennedy’s atmospheric, rustic realism and carries an auction estimate of £10,000 – 20,000. 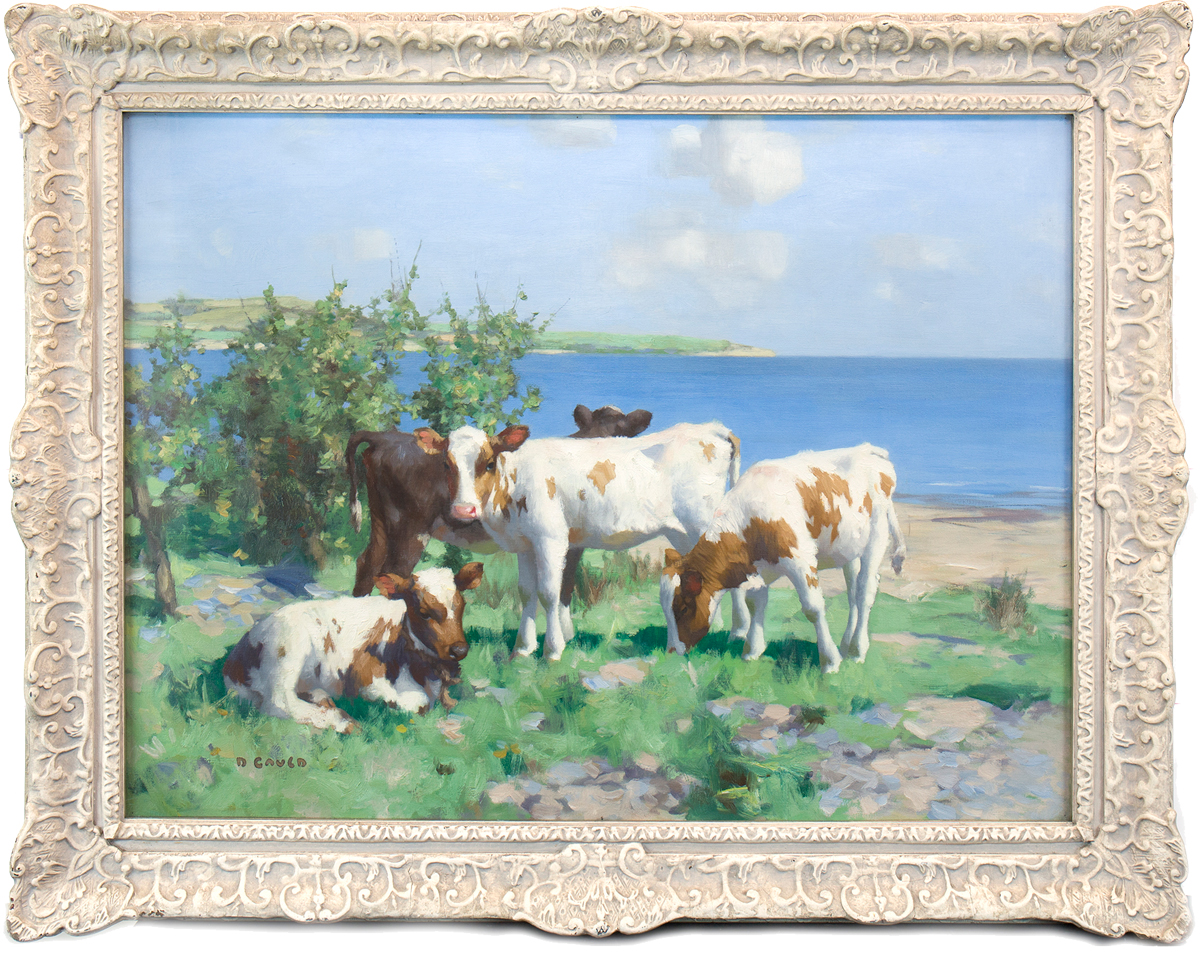 For David Gauld, it was the Ayrshire countryside which was the most appealing. Although originally trained in lithography, Gauld’s striking depictions of calves and cattle in Ayrshire were immensely popular and established his reputation as a collector favourite in the 1890s. Lot 262 is an unusually large example, and almost certainly a commissioned painting or the centrepiece for a major exhibition. This bright and beautiful piece is the perfect picture to reign in the spring and carries an auction estimate of £4,000 – 8,000.