Heinz lovers, eat your heart out!

There was delight and disappointment in equal measure last month when a Heinz eighteen carat gold baked bean came under the hammer at McTear’s, swooped up by Heinz for an impressive hammer price of £750. Whilst a number of keen bidders lost out on the opportunity to add a particularly special baked bean to their collections, most were delighted to hear that the gold bean – one of one hundred released in 1995 to mark the centenary of Heinz baked beans – would be making its way back to hold prime position in the Heinz archive. 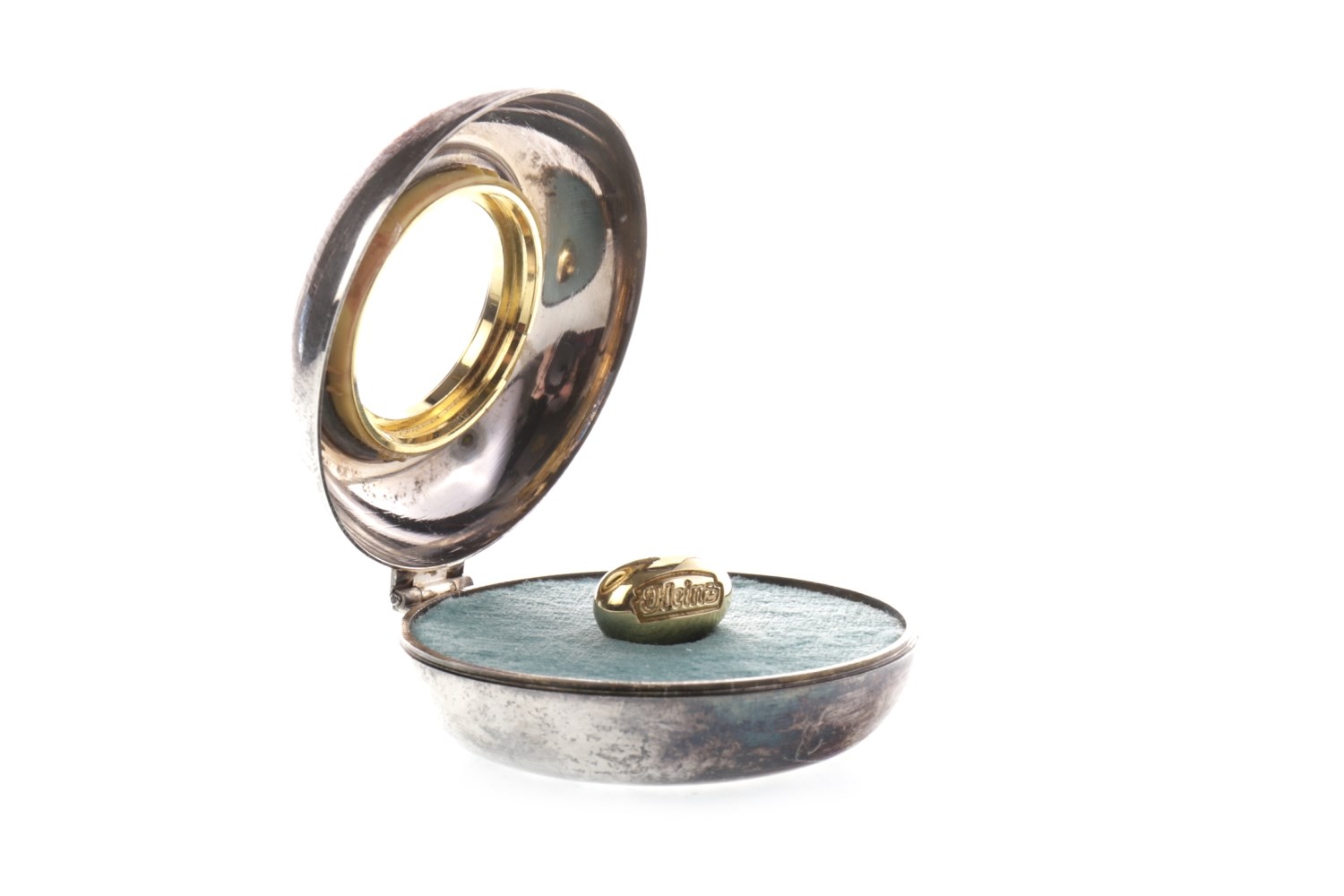 This month, McTear’s is delighted to offer a second gold baked bean for sale, featuring at lot 1621 in the Works of Art, Medals, Militaria & Furniture Auction on 26 April. This eighteen carat gold bean, which was discovered by the vendor - contained within a plastic container - in a special celebratory tin of Heinz baked beans, is accompanied by a presentation box which was later posted to the vendor by Heinz. The bite-sized bean will certainly make someone a golden investment, with an attractive auction estimate of £450-650.