Hermès scarves go under the hammer this month!

Scarves aren’t always your first thought in the summer months, but silk scarves are definitely an exception. Especially when they’re this beautiful... and Hermès! Three incredible Hermès silk scarves feature in The Works of Art, Medals, Militaria & Furniture Auction at McTear’s this Friday, comprising sought after designs by three of Hermès most popular artists.

Hermès was originally founded in the early 19th century as a bridle and harness company, with the first Hermès scarf designed an entire century later in 1937. Of course, Hermès are now especially well known for attractive silk scarves, first made popular by stars including Aubrey Hepburn and Grace Kelly. 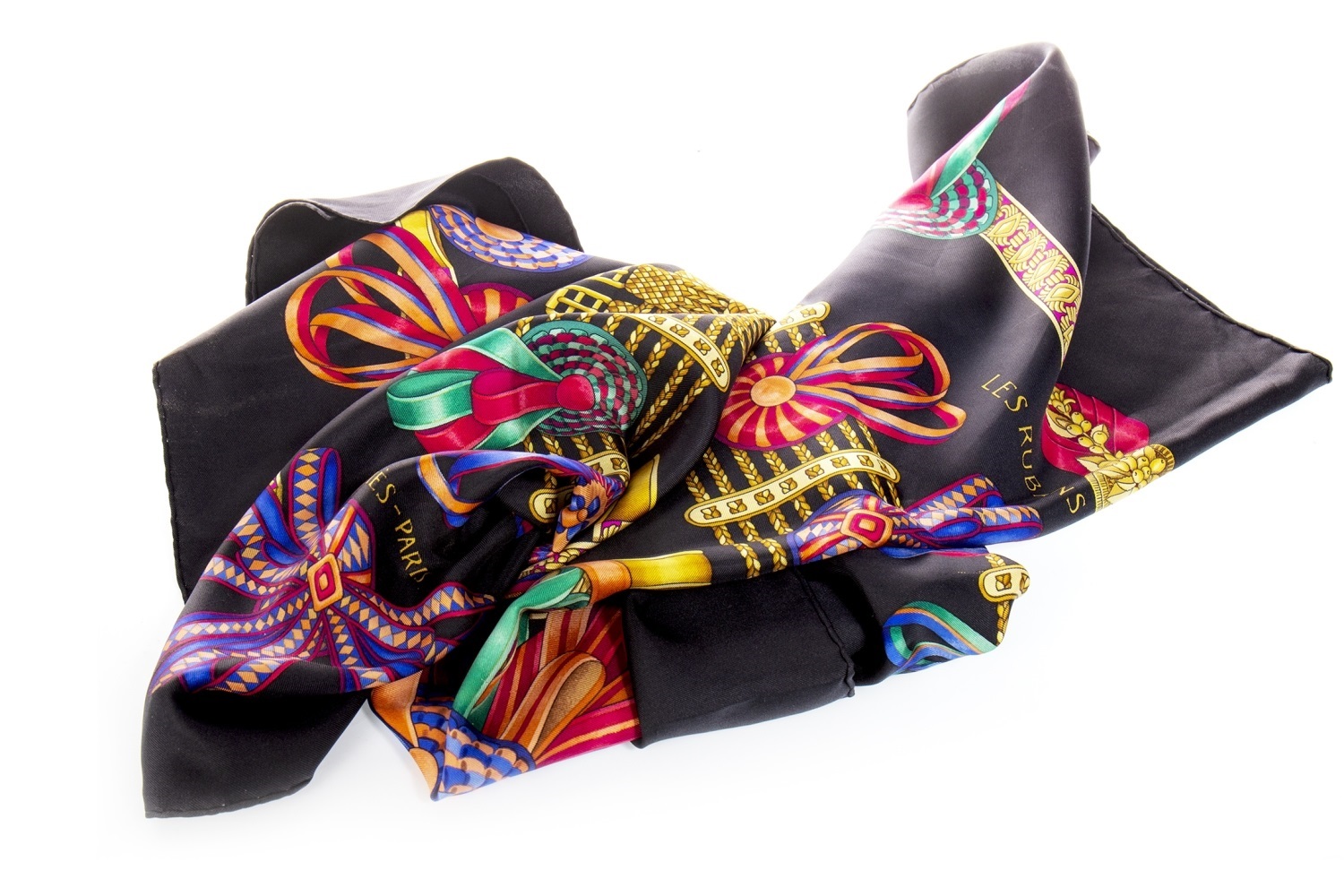 One splendid scarf which celebrates the equestrian heritage of the fashion house is ‘Les Rubans Du Cheval’, or ‘Horse Ribbons’, designed by Joachim Metz for Hermès in 1993. This colourful piece features bright ribbon motif decoration on a black ground (lot 812). 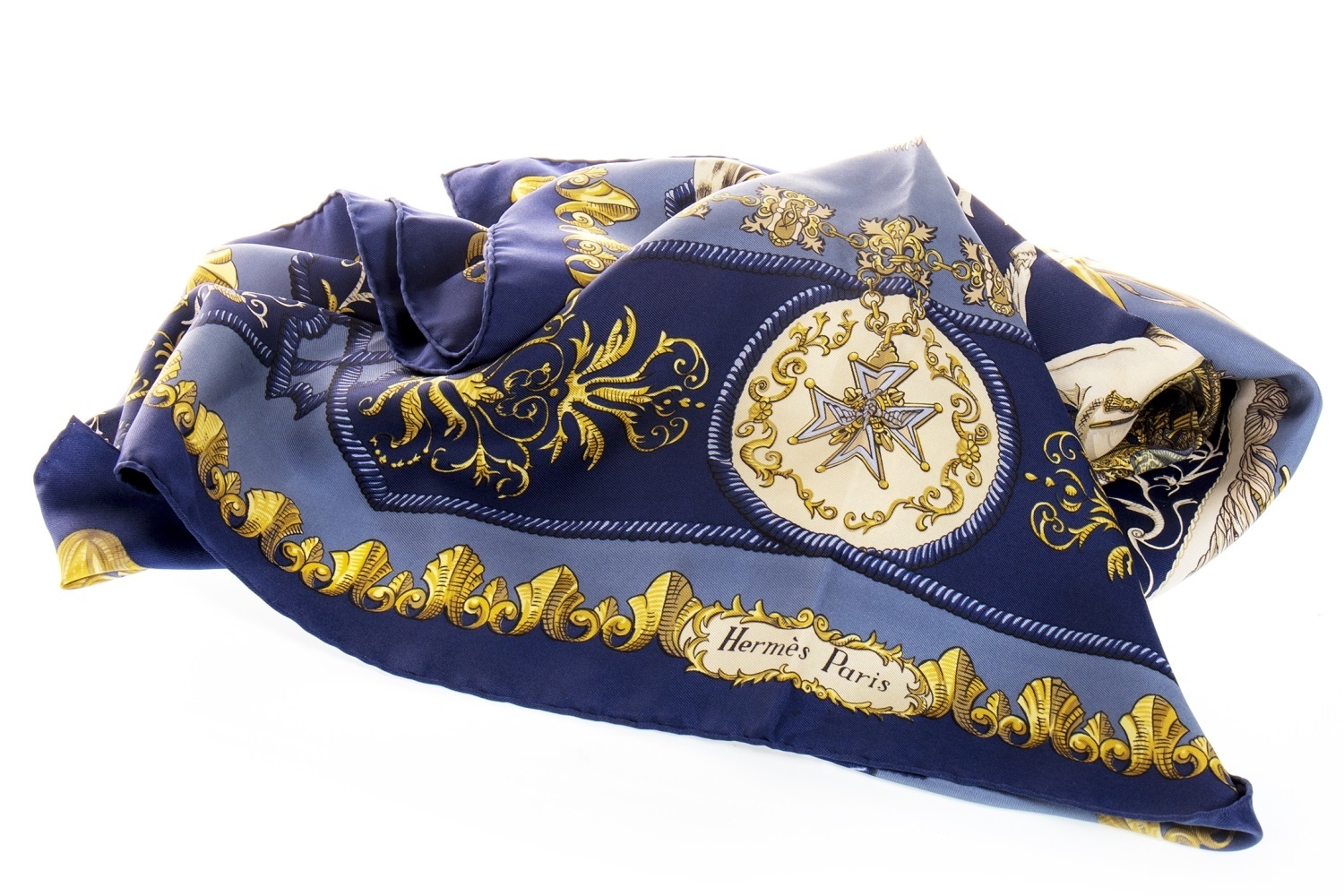 Also embracing the equestrian theme, albeit with a regal slant, lot 813 features a Hermès 'Lvdovicvs Magnvs', or 'Louis the Great' silk scarf, designed by Francoise de la Perriere. First issued in 1963, this grand design features a gentleman, perhaps Louis the Great, on horseback. 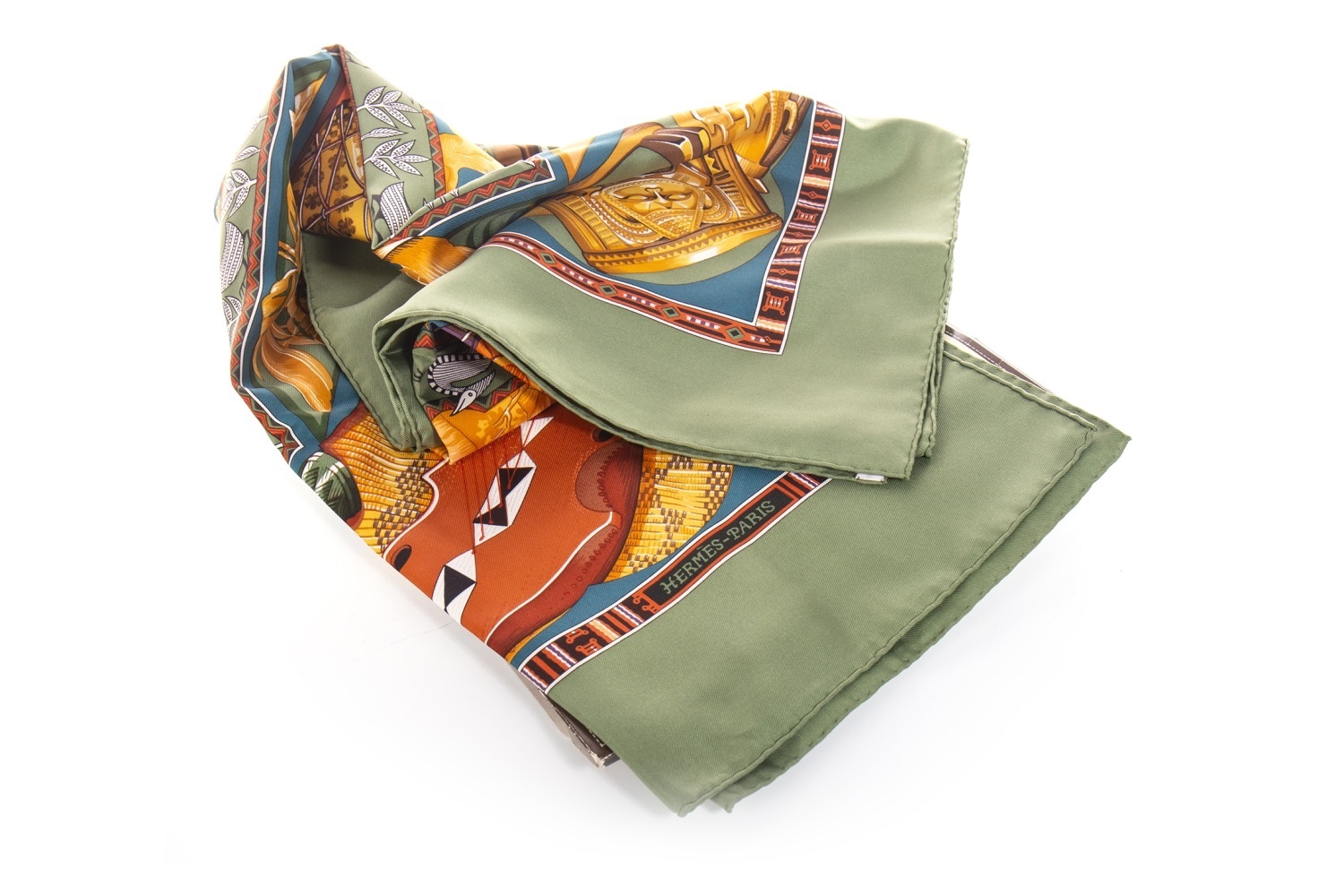 Absent the equestrian, but certainly no less impressive, the third Hermès scarf which will go under the hammer on Friday, lot 814 features an especially beautiful example, ‘Au Son du Tam Tam’, or ‘The Sound of Drums’. This colourful silk scarf designed by Laurence Bourthoumieux, known as “Toutsy”, in the 1990s. Each of these is offered with an auction estimate of £100-150.

Struggling to select your favourite? Why not come along and view in person. Viewing opens at 9am on Wednesday 5 June.