Historic pre-WWI Rangers medal to go under the hammer

A rare Scottish League Championship medal from the early days of Rangers Football Club is expected to sell for between £2,000 and £3,000 when it goes to auction at McTear's. 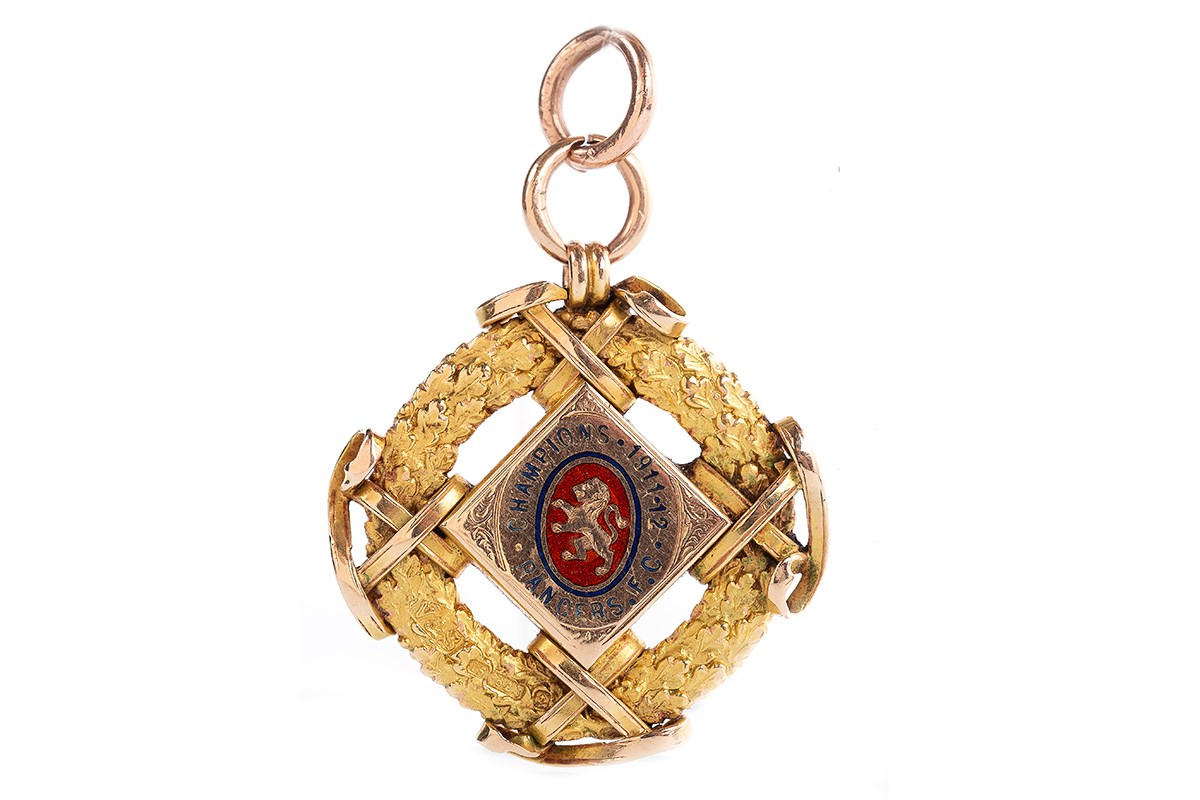 The fifteen-carat gold medal was awarded to full-back George Ormond at the end of the first of his three seasons at the Club in 1911/12. Ormond went on to win another league championship with Rangers the following year, eventually moving to Greenock Morton in 1914.

The medal, which is being sold by a descendant of the player, will be one of the top items in McTear’s Works of Art auction on Friday 31 August. The lot comes in its original fitted case and has a centre enamelled with a lion rampant and 'Champions 1911–12 Rangers F.C.'.  The reverse is inscribed with 'Scottish Football League, George Ormond', within a laurel wreath.

Commenting on the sale, James Bruce from McTear’s, said: “We see a significant number of football medals at McTear’s but it is very unusual to come across such a fine example from the early part of the 20th century.”

George Ormond played in defence for Rangers for a total of 65 games before moving to Morton for six seasons.  It is believed he was one of three Morton players engaged in government work during WWI, which could have contributed to him not being called up.

The player was involved in 179 league and seven Scottish Cup games for the Cappielow club before finishing his career at Arbroath in season 1920/21.

James added: “The medal is a truly historic piece of football memorabilia and considering it was awarded over one hundred years ago, it is in fantastic condition. Rare memorabilia associated with the Old Firm is highly sought after and I fully expect the piece to attract considerable interest from collectors at home and overseas.”