History on a plate

Nowadays a designer bag, luxury wrist watch or expensive car might be enough to evoke a sense of your wealth or nobility. In the 18th century Britain, tableware bearing the familial Coats of Arms offered the opportunity for families to exhibit the wealth or status of their family to guests. Coats of Arms date back to the 12th century, and originally had a primarily military objective, bearing a distinctive design which would be displayed on the coat and shield of a knight to ensure recognisability. However, over time, Coats of Arms were employed for civilian purposes, for example, to adorn dinner and tea services. 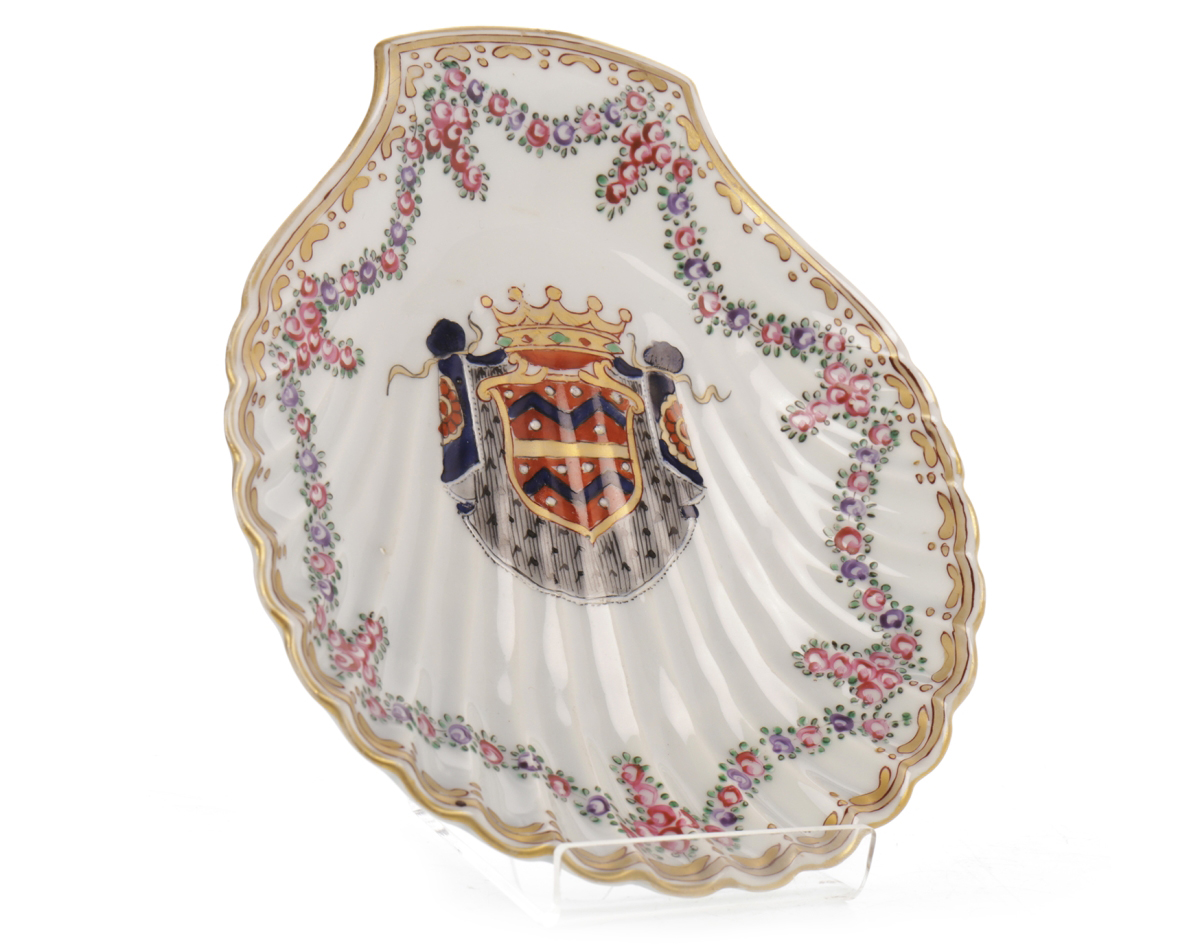 Armorial ware bearing familial crests were especially popular with the British in the 18th century and could be acquired by commissioning services through an officer with involvement in Chinese trade. It has been noted that more than half of the senior members of the East India Company commissioned armorial wares themselves, and it is estimated that approximately 5,000 armorial services were commissioned by English buyers. Whilst many were sourced from overseas, armorial ware was also produced in Britain from around the 1750s.

Writing in The Antiquary in July 1881, George W Marshall observed that armorial china had become popular with wealthy Londoners as early as the 1720s, with the ‘rage’ continuing on until the early 1800s. Marshall advises that he himself has ‘numerous articles… emblazoned with arms’.

Lot 1050 in the upcoming June Asian Works of Art Auction is a shell-shaped Chinese armorial dish. The dish is decorated with a gilt and floral border and a central coat of arms. With the vivid colouring of the decoration and the sound condition of the dish, it is easy to envisage the impact the dish once accomplished and the impression the dish could have conveyed. It is clear to see why a noble family would choose to exhibit their prosperity in such a manner. This little piece of history is sure to attract attention when it goes under the hammer on 7 June.