Howson masterpieces to go under the hammer

A collection of 33 works by internationally renowned Scottish artist Peter Howson OBE - including several of his largest and most controversial paintings - will highlight an auction of Scottish Contemporary Art in Glasgow this month. 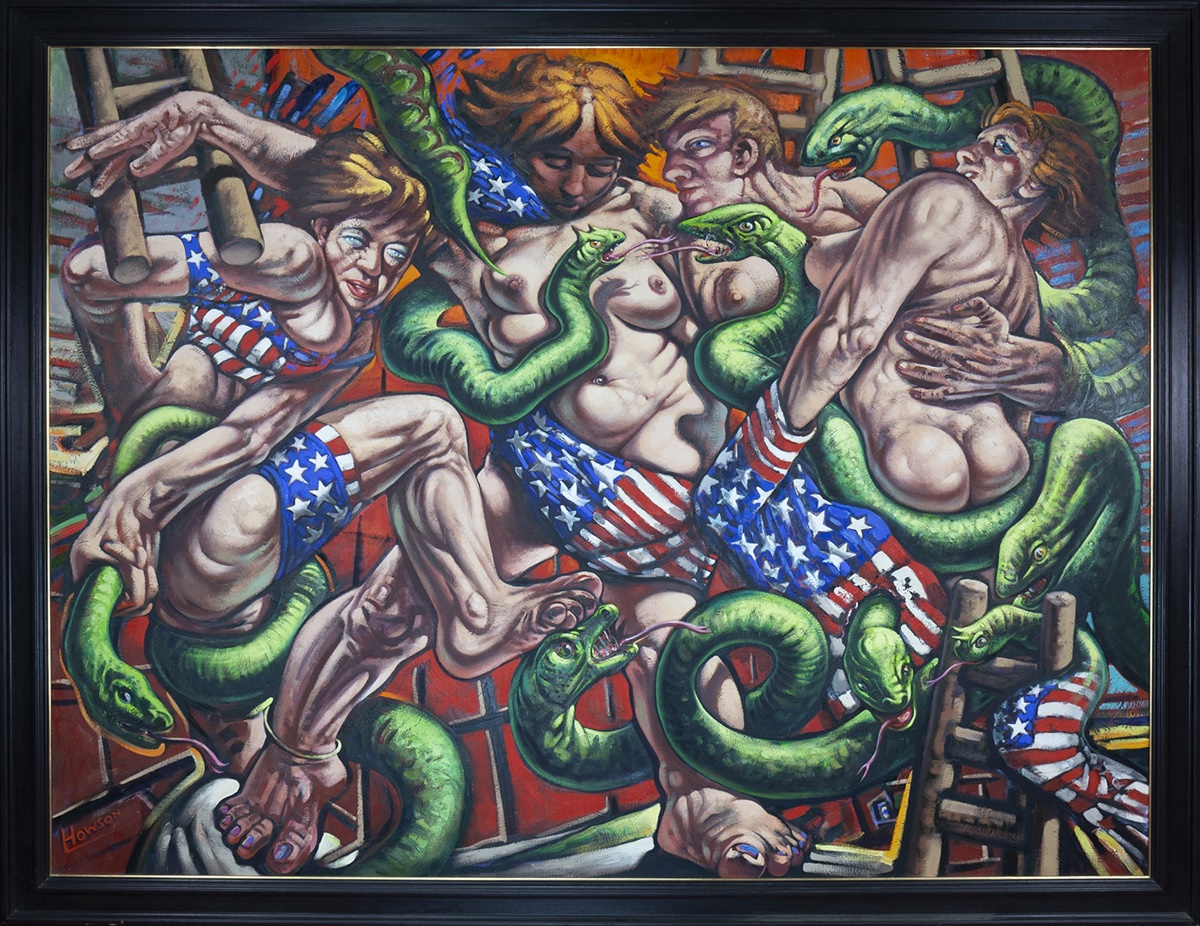 At the heart of the McTear’s auction will be the artist’s masterpiece, Women of America.  Measuring a massive 198cm by 259cm the 2001 work depicts a group of American socialites draped in the Stars and Stripes positioned like a game of snakes and ladders. 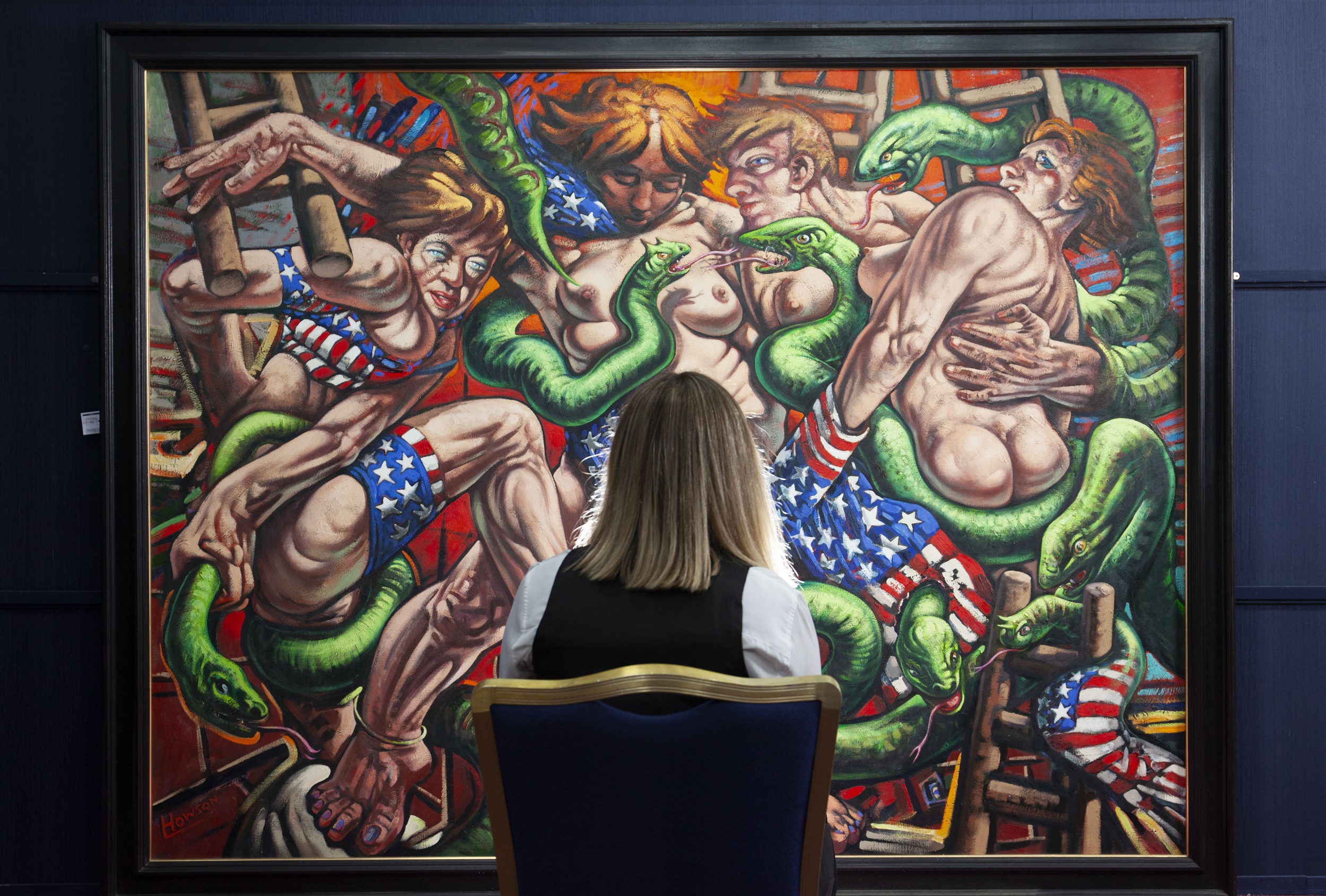 Experts at McTear’s estimate the painting, which Howson has always maintained is anti-imperialism rather than anti-American, could fetch between £15,000 and £25,000 when it goes under the hammer on 10th November.

Amongst other works featuring in the sale will be Howson’s ‘Crucifixion’, a striking painting that shows Christ in the pose of crucifixion but without the cross. 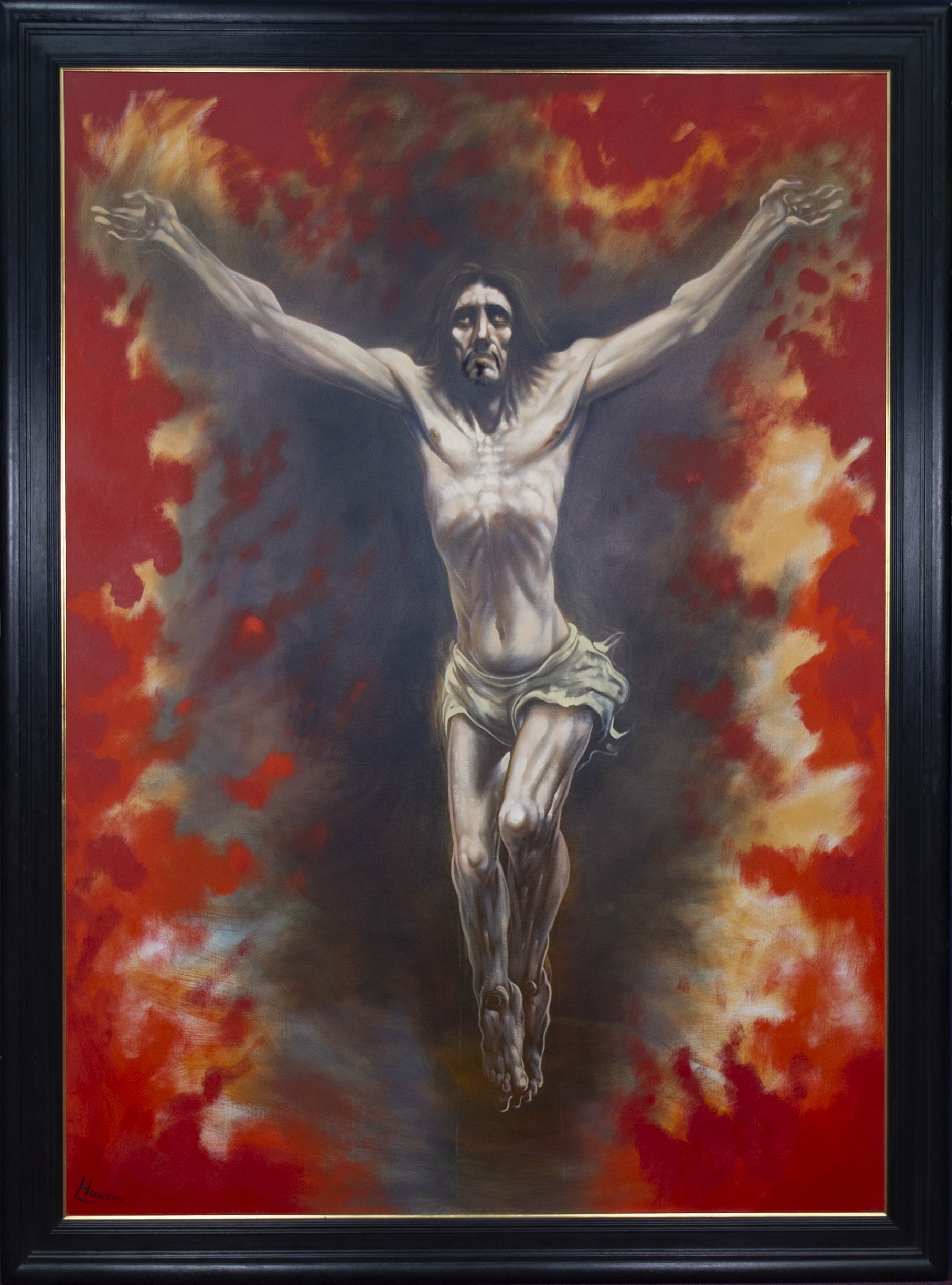 The 2011 work is one of the artist’s most recognisable paintings and was previously on show in Glasgow’s St. Mungo Museum of Religious Life and Art, where it hung in the same location as its precursor, Salvador Dali's 'Christ of Saint John of the Cross'.  The 240cm x 180cm oil on canvas has an estimate of between £8,000 and £12,000.

Commenting on the auction Brian Clements said: "Peter Howson has created some of the most memorable and distinctive paintings of any contemporary Scottish artist and these important pieces display quite clearly the powerful themes and painting style that permeate all his work.  Women of America and Crucifixion are monumental paintings and I am sure they will attract significant interest at auction. 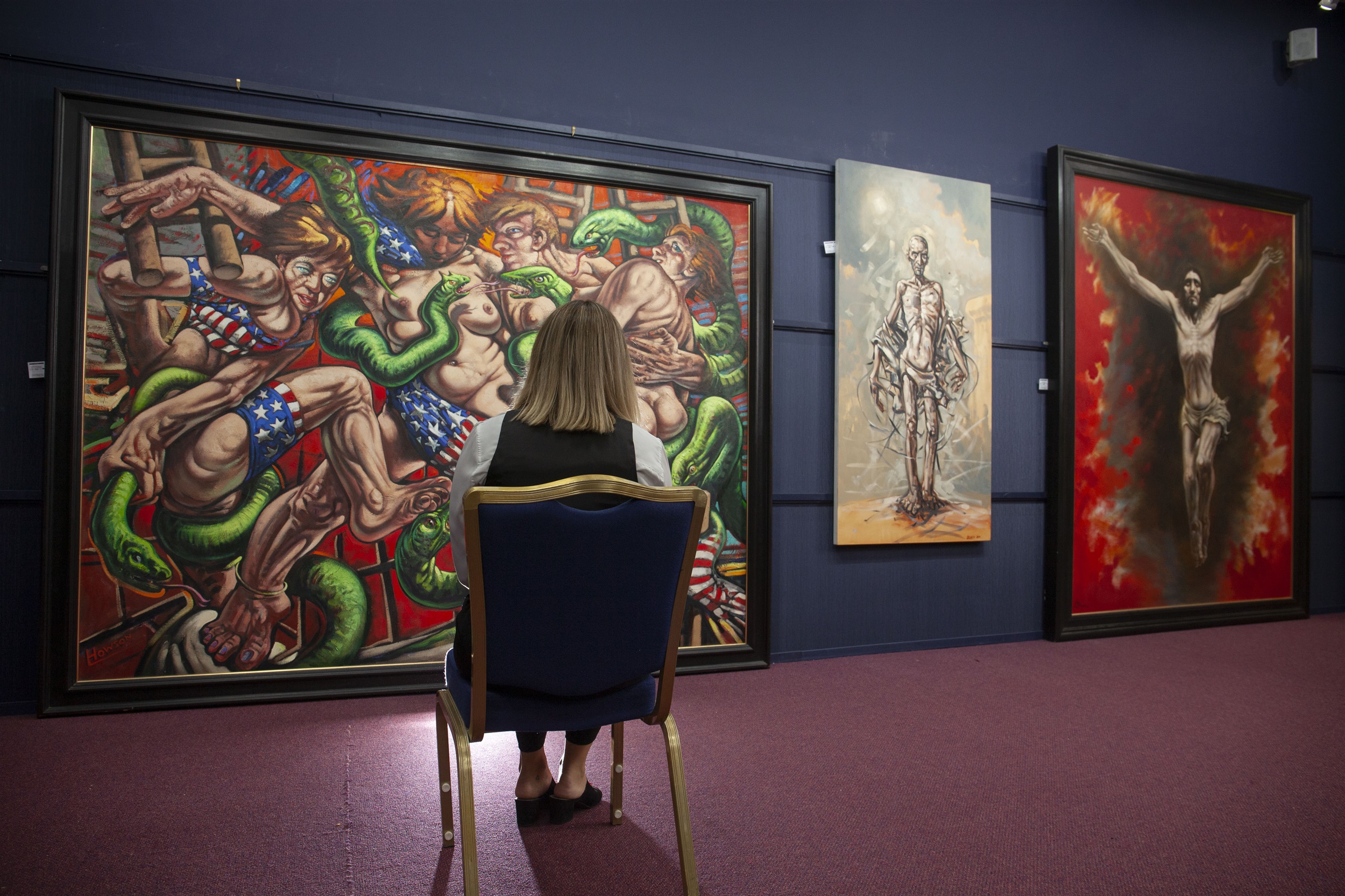 “Howson has a reputation as a formidable figurative artist and nowhere is this more evident than in a series of three ‘Holocaust’ paintings that will feature in the McTear’s auction.   Howson has never shied away from the pain and suffering of his fellow man and the harrowing scenes depicted in these works represent some of the most powerful images created by the artist.”

The three unframed oil paintings, which were completed in 2011, are of varying sizes and depict a mixture of crowd scenes and individual studies and are estimated to achieve between £8,000 and £12,000 each.

In addition to the larger oils, the auction will also include a number of smaller paintings and sketches by the artist.