Coming up in November -

A 19TH CENTURY BRITISH SOUTH AFRICA MILITARY INTEREST HUNTING HORN,
profusely engraved throughout '45th Regiment [The Sherwood Foresters] Semper Viret', 'England Expects every Man to do his Duty', 'Just Tak a Scotsman Frae his Hill Clap in his Cheek a Highland Gill and say it is Victoria's Will and there's the Foe he has nae thought but how to Kill Twa at a Blow', and 'This Horn once the Property of the Kaffir Chief Macomo now the Chief Property of "a Poor but Honest Soldier" Fort Hare 14 June 1847', with further 'VR' within crown, mottos, symbols including Masonic examples and floral detail, 30cm long 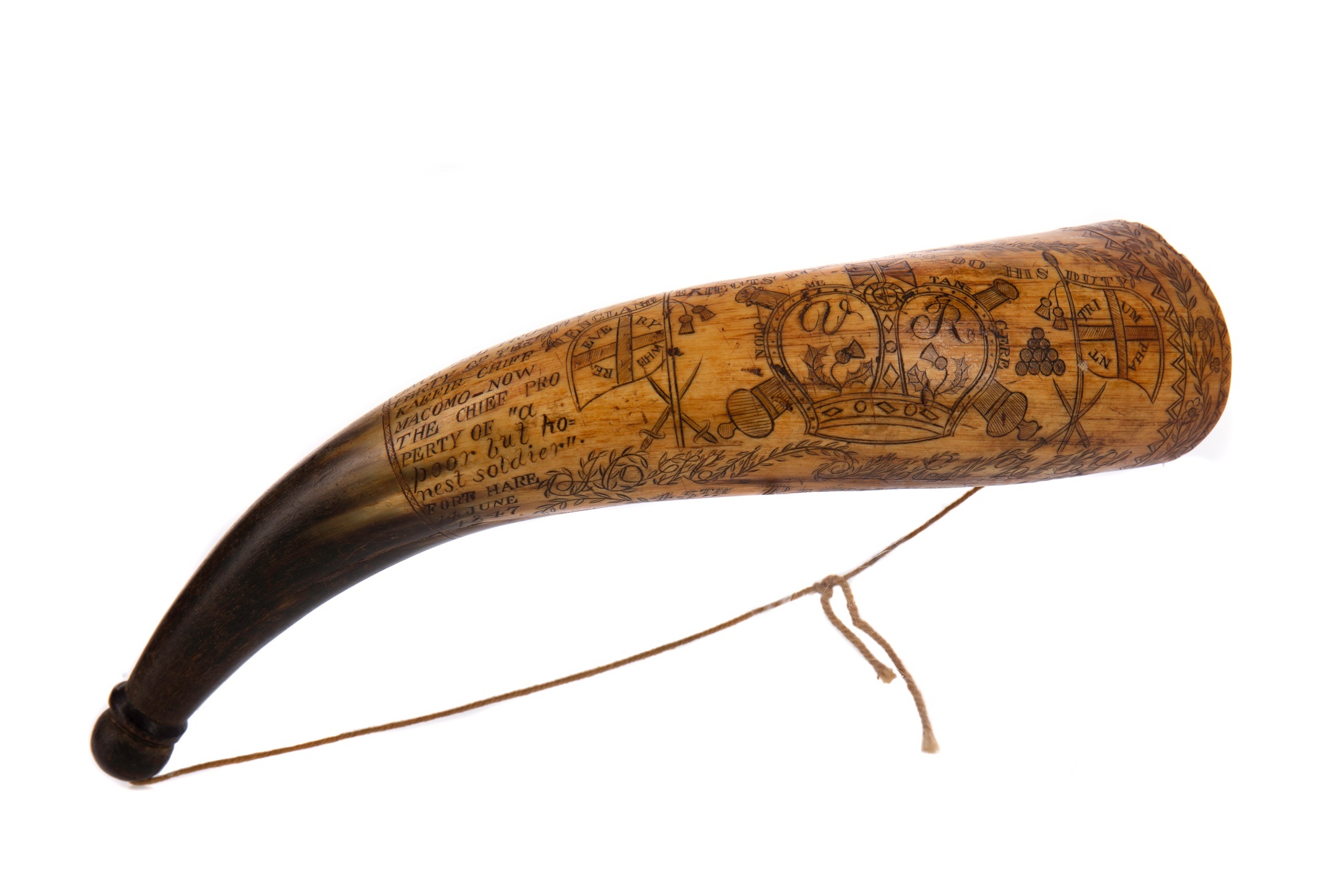 This horn was presumably obtained by a British soldier serving with the 45th Regiment in the Seventh Xhosa War, a drawn-out battle of attrition worsened by a drought affecting the Cape region and the use of scorched-earth tactics by both the British and Xhosa forces; eventually the Xhosa were subdued after 21 months of fighting and Sir Harry Smith assumed Governorship of Cape Town in December 1847, officially annexing the region as the British Kaffraria Colony.’

Engraved hunting horns are not unusual in themselves but this example with its intriguing verse and reference to the Seventh Xhosa War makes it a piece of historical interest; whether this soldier truly was ‘poor but honest’ is now up for conjecture but combative bidding for this piece is surely a certainty.

View this lot, and other highlights of the auction, now >>