I Leica the Look of that Lot…

This month’s Clocks, Cameras, Musical & Scientific Instrument auction (11 October) will play host to over sixty lots of vintage cameras and lenses. This single vendor collection represents the very best of a variety of names, including Canon, Nikon and Olympus.

Perhaps the most interesting camera on offer however, is Lot 1503, this being made by the esteemed German manufacturer, Leica. Founded in the city of Wetzlar in 1914, the company originally produced a small range of cameras, lenses, and sighting scopes, including those used by the German armed forces during WWI. 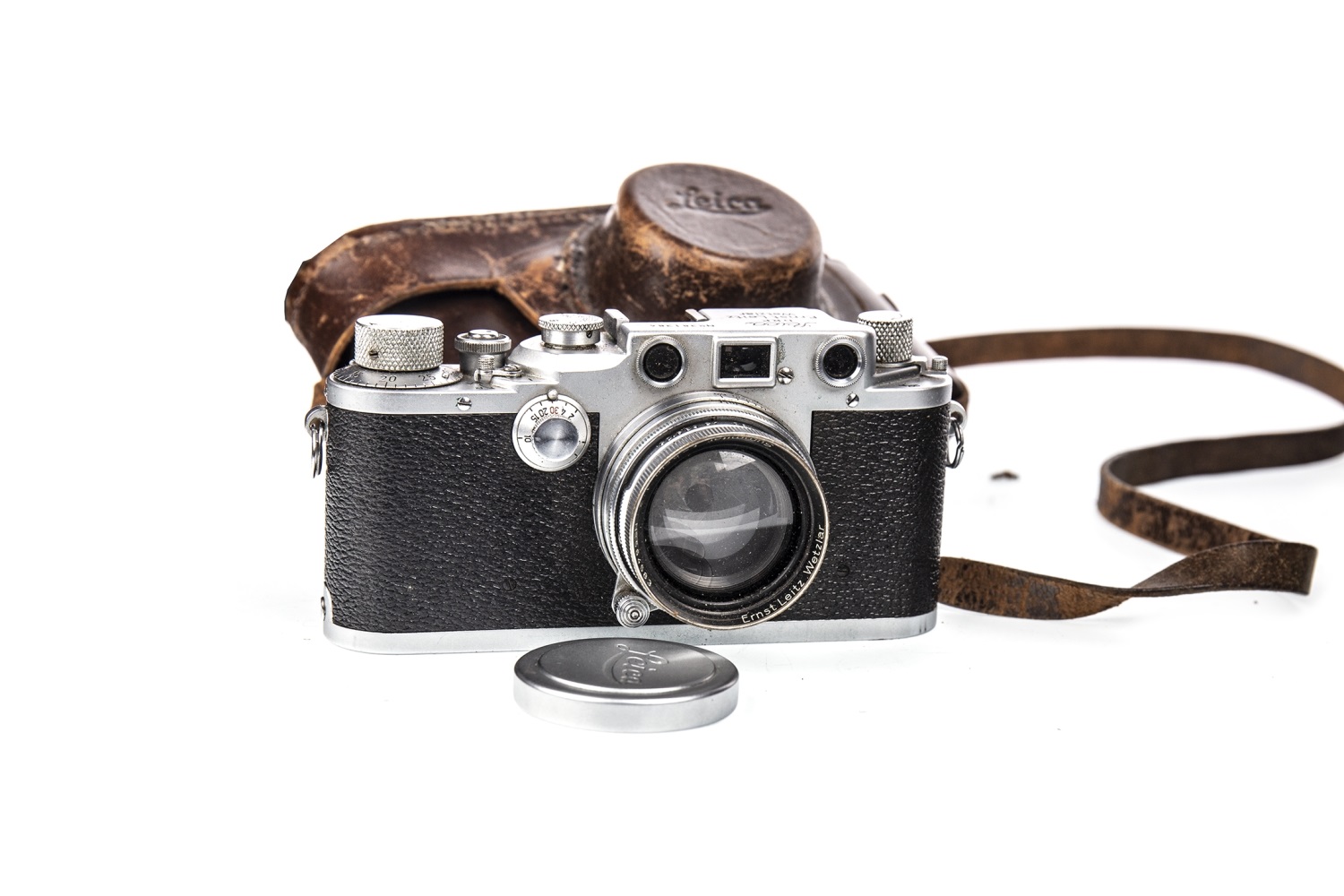 Lot 1503 is a Leica IIIC SLR, an early example dating back to circa 1940-1. This type of rangefinder was introduced in 1933, and was made parallel to the Leica II model. The IIIC specifically was produced with a number of innovative features including a die-cast body, along with a slightly longer redesign of the shutter that made use of ball bearings. With an attractive estimate of £400-600, this lot will be sure to capture as much attention on the view as photographs it has throughout its lifetime.