I Leica the look of this lot...

Introduced in 1954 and manufactured until 1966, the M3 Leica camera was the first in the eponymous ‘M’ series – the M standing for "Meßsucher" the German word for “Rangefinder.” With this model, Leica introduced a number of new features including a bayonet-style mount which allowed for interchangeable lenses. Another new feature was having the viewfinder and rangefinder in one bright window and a single-stroke to advance the film. These were seen as important advances in camera technology and helped solidify Leica’s role at the forefront of camera production and innovation. 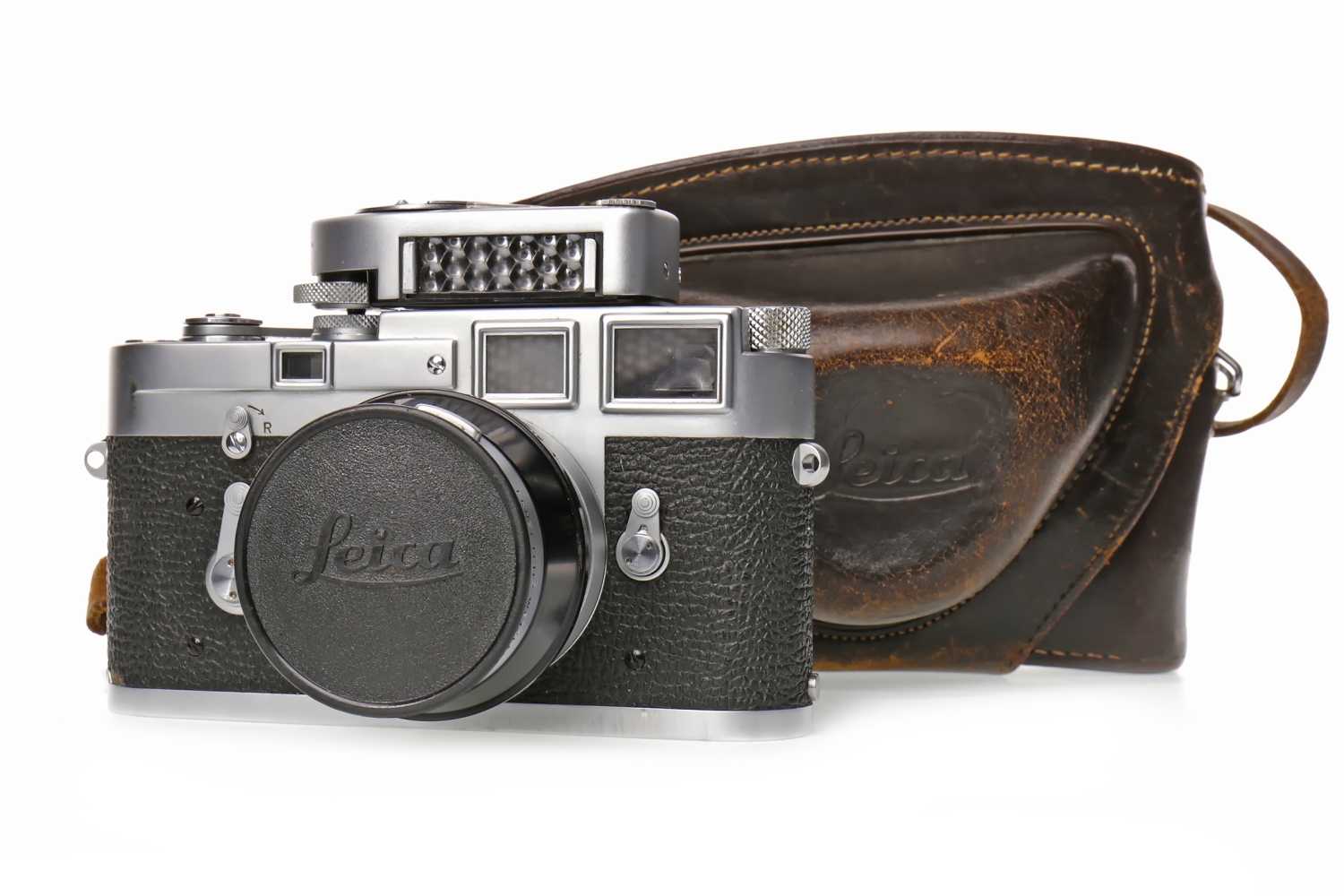 With over 220,000 cameras from this range sold by the end of production this was a very popular camera and the ‘M’ series was continued with the most recent incarnation, the M7, even featuring in recent Hollywood blockbuster films such as Ted (2012).

McTear’s is delighted to be offering a 1960 Leica M3 camera in our forthcoming March Clocks, Scientific & Musical Instruments auction to be held on March 16th. If you would like more information on this lot please feel encouraged to email us on: auction@mctears.co.uk  or telephone us: 0141 810 2880.

McTear’s is Scotland’s only auction house to conduct regular auctions dedicated to Clock, Scientific & Musical Instruments. This six-weekly auction is run concurrently live online on a platform that attracts six million visitors annually from over 120 countries worldwide. Click here for a free valuation or to find out more >>