Derek Johnstone and Billy Williamson medals to go under the hammer

A Scottish Cup winner’s medal awarded to Rangers legend, Derek Johnstone, will be one of the top lots in a dedicated auction of sporting medals and trophies tomorrow.

The nine carat gold medal was presented to the player following the Ibrox side’s 4-1 win over Dundee United in the 1981 replayed Scottish Cup Final, the last of the prolific striker’s five Scottish Cup wins with the Club.

Experts at McTear’s have estimated that the historic piece, which has been consigned by an anonymous seller, could fetch between £1,500 and £2,500 when it goes under the hammer at The Sporting Medals & Trophies Auction on 11 October.

Commenting on the auction, McTear’s Managing Director, Brian Clements, said:  “Derek Johnstone won multiple trophies with Rangers in a playing career that started in 1970 and continued well into the 1980s.   The former striker is a true Rangers legend and I have no doubt his Scottish Cup winner’s medal will attract considerable interest when it goes to auction.”

Derek Johnstone made his debut for Rangers aged 16 before going on to play 546 games during two spells with the Ibrox side, from 1970 to 1982 and then from 1984 to 1986.   A prolific striker, Johnstone scored 210 goals for the Club during his career.

In addition to the Derek Johnstone lot, the auction will also feature a Rangers Scottish Cup winner’s medal from the 1940s. 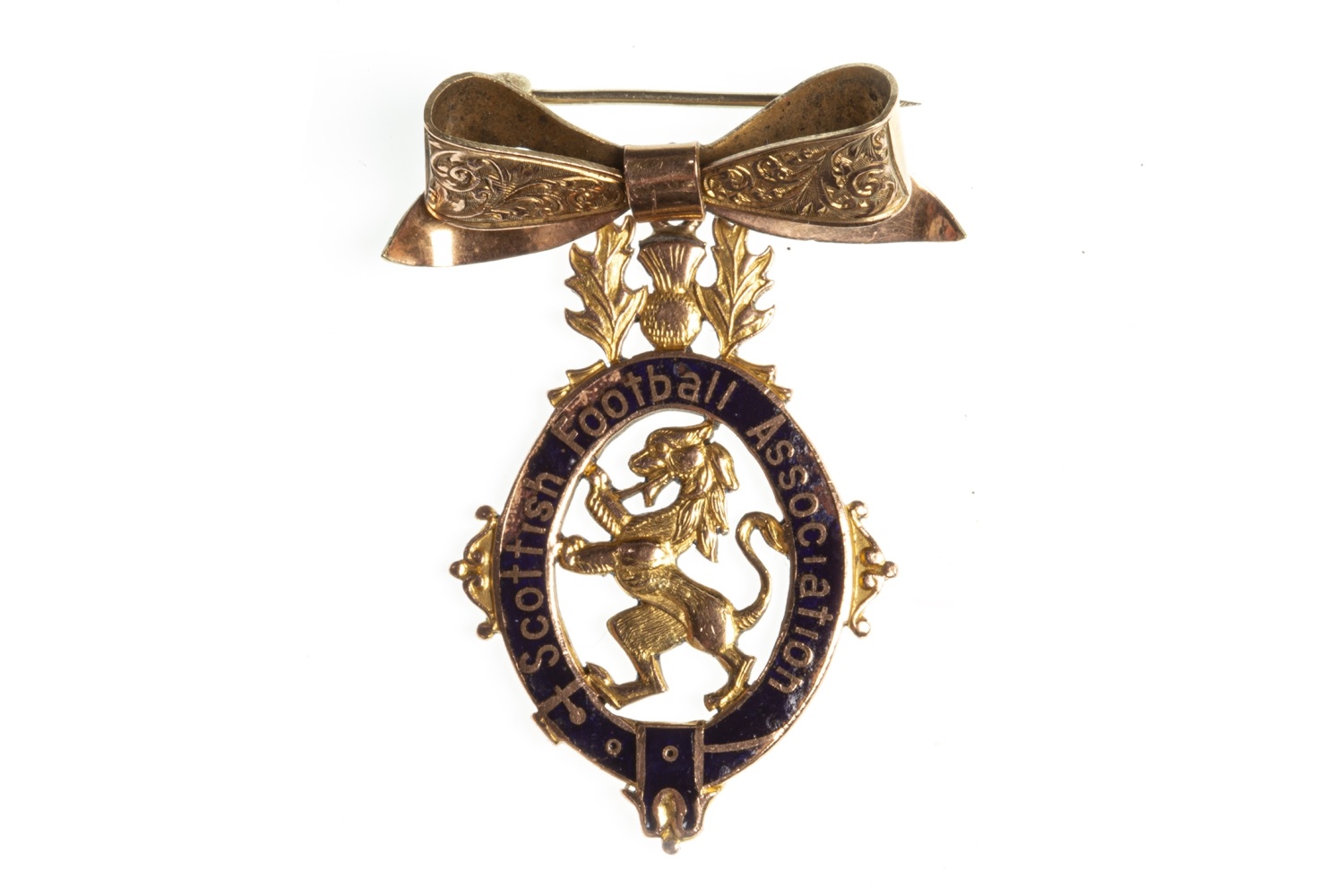 The medal was awarded to Billy Williamson (1922 – 2006) following Rangers 1-0 win over Morton in the 1947/48 replayed Scottish Cup Final.  Williamson, who played under legendary Rangers manager Bill Struth, scored the winning goal for the Ibrox side in front of a 133,000 crowd at Hampden Park.

Brian Clements added: “We have sold some fantastic sporting trophies over the years and the Williamson medal is a welcome addition to that list.  The forward was a key player in Bill Struth’s successful Rangers side in the late 1940’s and we believe the medal could fetch up to £2,000.”