McTear’s may have a reputation for selling some of the rarest single malt whiskies on the planet, however, it is a tool of the spirits trade that is set to take centre stage at this week's Rare & Fine Whisky Auction.

Unearthed in a New Galloway barn, the mid-19th Century copper still is already attracting global interest ahead of its appearance in the Rare & Fine Whisky Auction on 18 January.  The piece, which stands 110cm high, to fetch between £5000 and £6000. 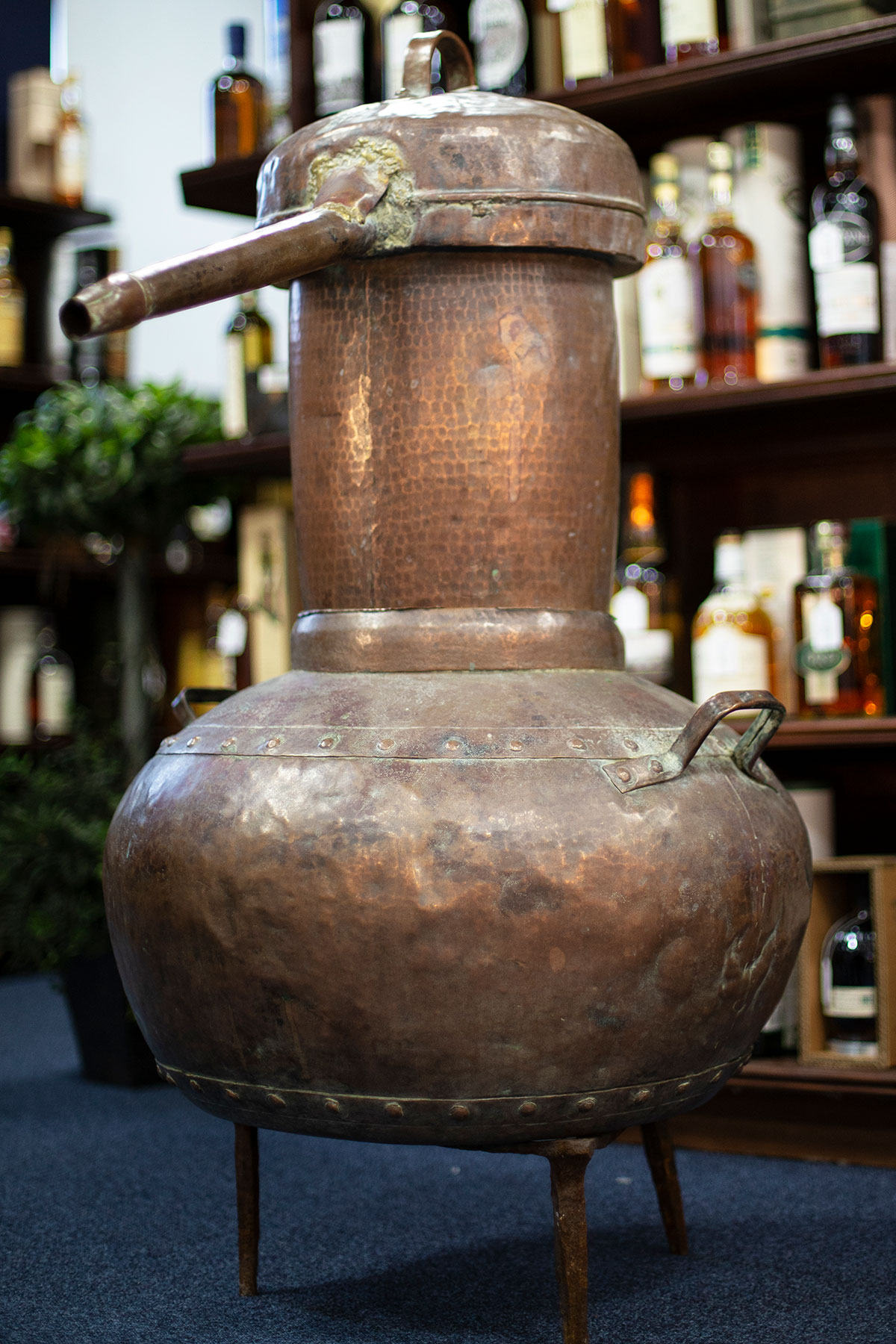 Commenting on the unusual lot, McTear’s whisky expert, Graeme Maxwell, said: “This is a fascinating piece that gives a rare insight into the world of illicit distilling in the Victorian era.

“Many farmers in the mid-19th Century owned small stills which they could distil their own spirit out of sight from the exciseman.  Compared to the setups used by modern, commercial legal distilleries, this is a very primitive piece of equipment, which would have produced strong and questionable spirits to be shared among friends and family.”

In addition to the copper still, the auction will include a selection of hugely collectable single malts, including a rare bottle of Black Bowmore 1964 Final Edition which is expected to sell for between £8,000 and £12,000, and a Macallan 1946 Select Reserve 52 years old which could fetch £12,000.