Imperial Coins from a Transitional Period

Just like today, coins in Rome were regularly produced in masses and spread out throughout its wide and ever-changing territory. Varied denominations were created by each ruler throughout their reign, meaning the supply and variety of coins from the ancient world is quite impressive. Despite the fact that there may be a sizable number of coins in circulation, collecting Roman coins is a great and easy way to own a piece of history! 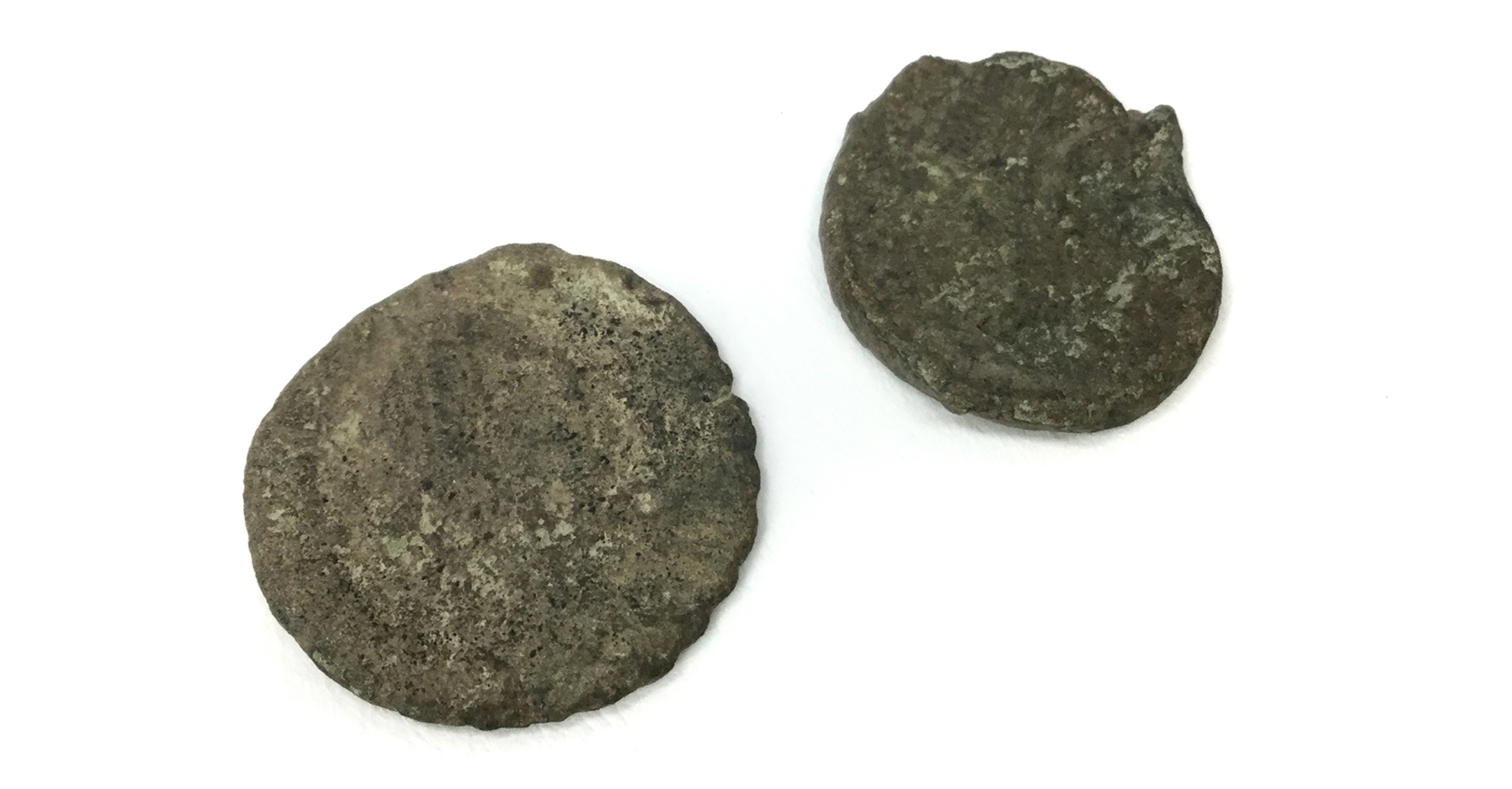 Lot 203 in the 29 October Coins & Banknotes Auction consists of two coins from the Roman empire, each representing a transitional period within Roman history. Included is a coin dating from the rule of Constans (337-350 CE), son of Constantine the Great (306-337 BCE), the first emperor to officially endorse the Christian tradition He was baptised on his deathbed, and was key force in enacting tolerance of the Christian religion in the pagan empire. The coin of Constans shows two soldiers and a chi-rho, a symbol used to represent the name of Christ, and is one of the earliest examples to reference Christianity on Roman coin. Also in the lot is a coin from the rule of Valens (328-378 CE), who co-ruled the Empire with his brother, Valentinian I.

Co-ruling emperors had been introduced roughly 100 years earlier by Diocletian, and soon after the rule of Valens and Valentinian I, the empire was split into two halves and ruled separately.  Both examples are 16mm in diameter and are likely cast in bronze. The Roman Empire forms a crucial part of Western History - our languages stem from their native Latin, their architectural style has been a key influence for centuries, and we continue to benefit from their scientific and other advancements well into the 21st century. Rome’s history is vast, with the Imperial period spanning some five centuries alone. Whether you are an experienced collector of Roman coins, or just starting out, lot 203 would be a great addition for you! Estimated at only £40-80.