A selection of over 300 British and international vintage toy cars are on track to fetch more than £2,500 at a specialist auction in Glasgow.

The collection of vintage vehicles, many of which were amassed over a lifetime by an anonymous Scottish collector, includes top quality examples, with some individual cars expected to fetch several hundred pounds.

The auction includes models from leading toy car manufacturers such as Corgi, Tri-Ang, Dinky Scheco and more, with a Corgi model of 1960s TV heartthrob The Saint’s Volvo P.1800, estimated to fetch between £150 and £250.

Commenting on the sale, Brian Clements from McTear’s said: “We are frequently asked to value model cars but it is very rare to see a collection of this size and quality come to auction.  There is a huge global market for vintage toys and we have already had a lot of interest from potential buyers around the world.” 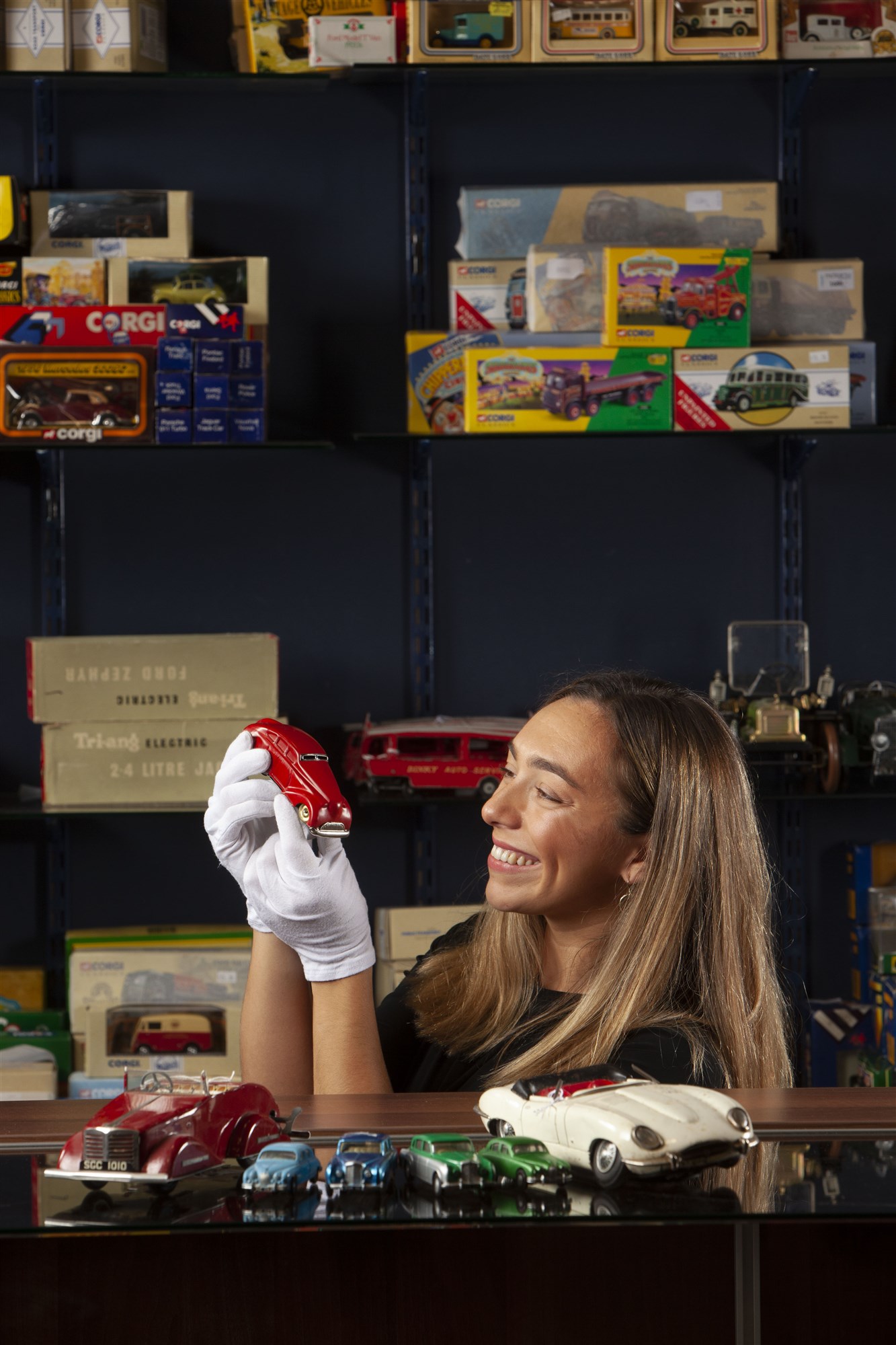 The owner of one of the largest collections in this auction was a vintage car enthusiast who spent years searching for the best model cars around.  In addition to the more traditional models, the auction will also include a selection of electric and clockwork cars.

Amongst the vintage vehicles going under the hammer will be a boxed EC01 Wonder Car model racing car, which could fetch £250, and a lot of four Japanese model cars, complete with a 1960s Tomyama Jaguar E Type, which is estimated at £80 to £120.  An early to mid 20th Century British tinplate clockwork racing car could also fetch £70.