In the Spotlight: Cameo Glass

A category of French glass that is incredibly well represented in the upcoming British & Continental Ceramics & Glass Auction, cameo glass accounts for twenty of the fine lots of glass ware due to go under the hammer this April. A technique that dates back to Roman times, cameo glass involves the layering of coloured glass and the subsequent removal of the outer layer(s) – by way of carving or etching – to produce a design in relief.  Fine examples in McTear’s forthcoming specialist sales include treasures by some of the finest makers of cameo glass in the world, including Gallé, Daum and Baccarat... 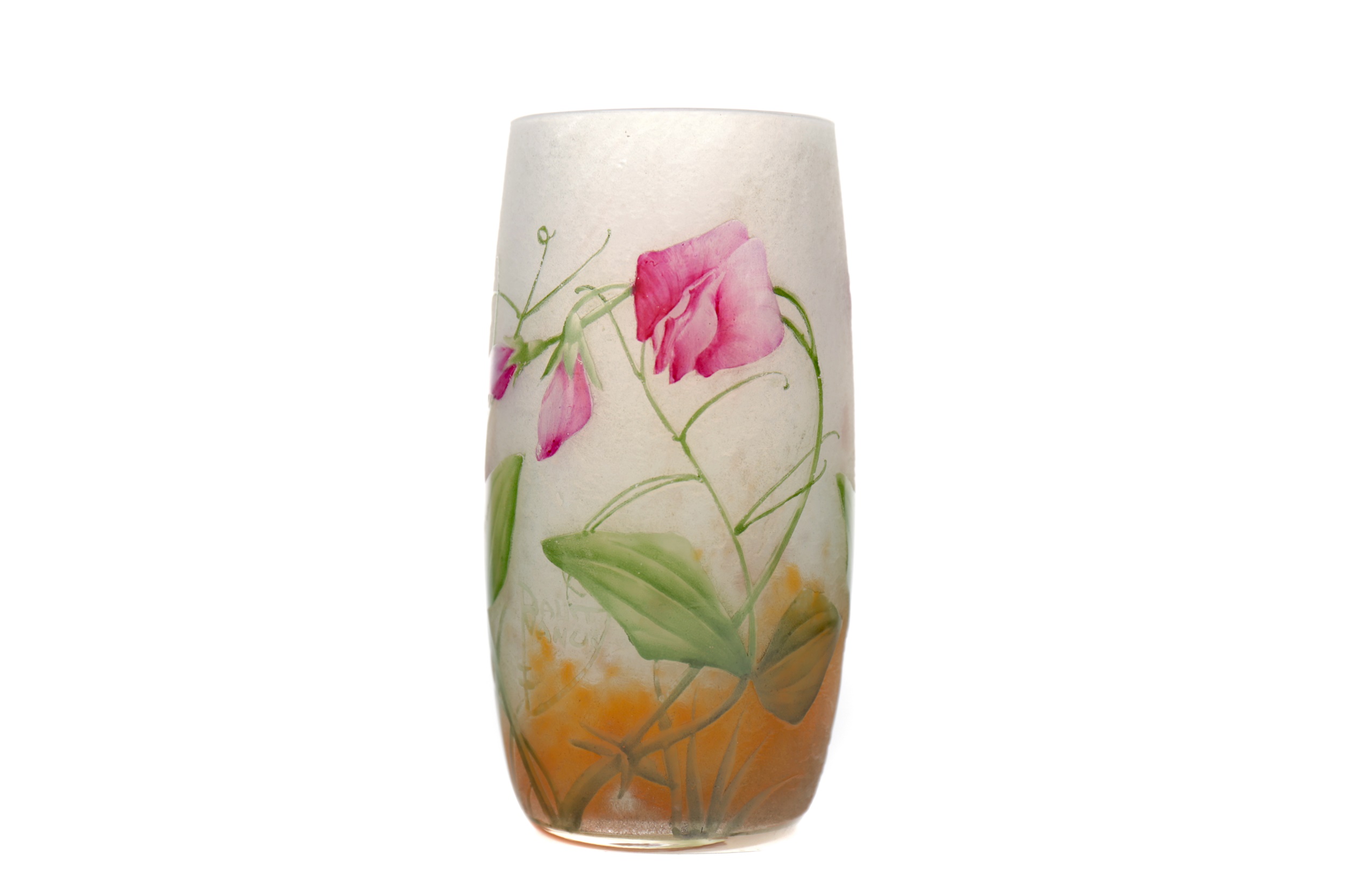 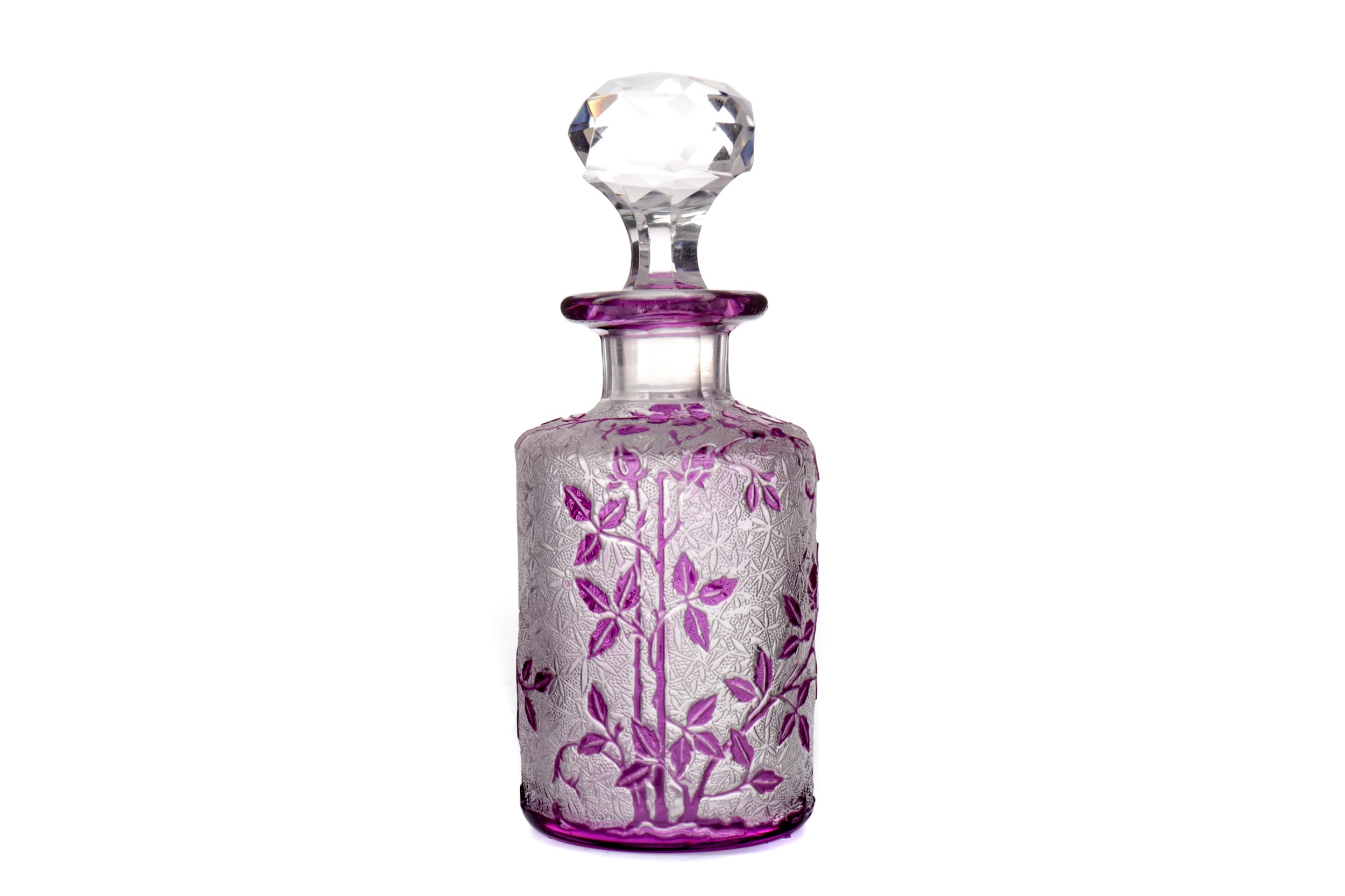 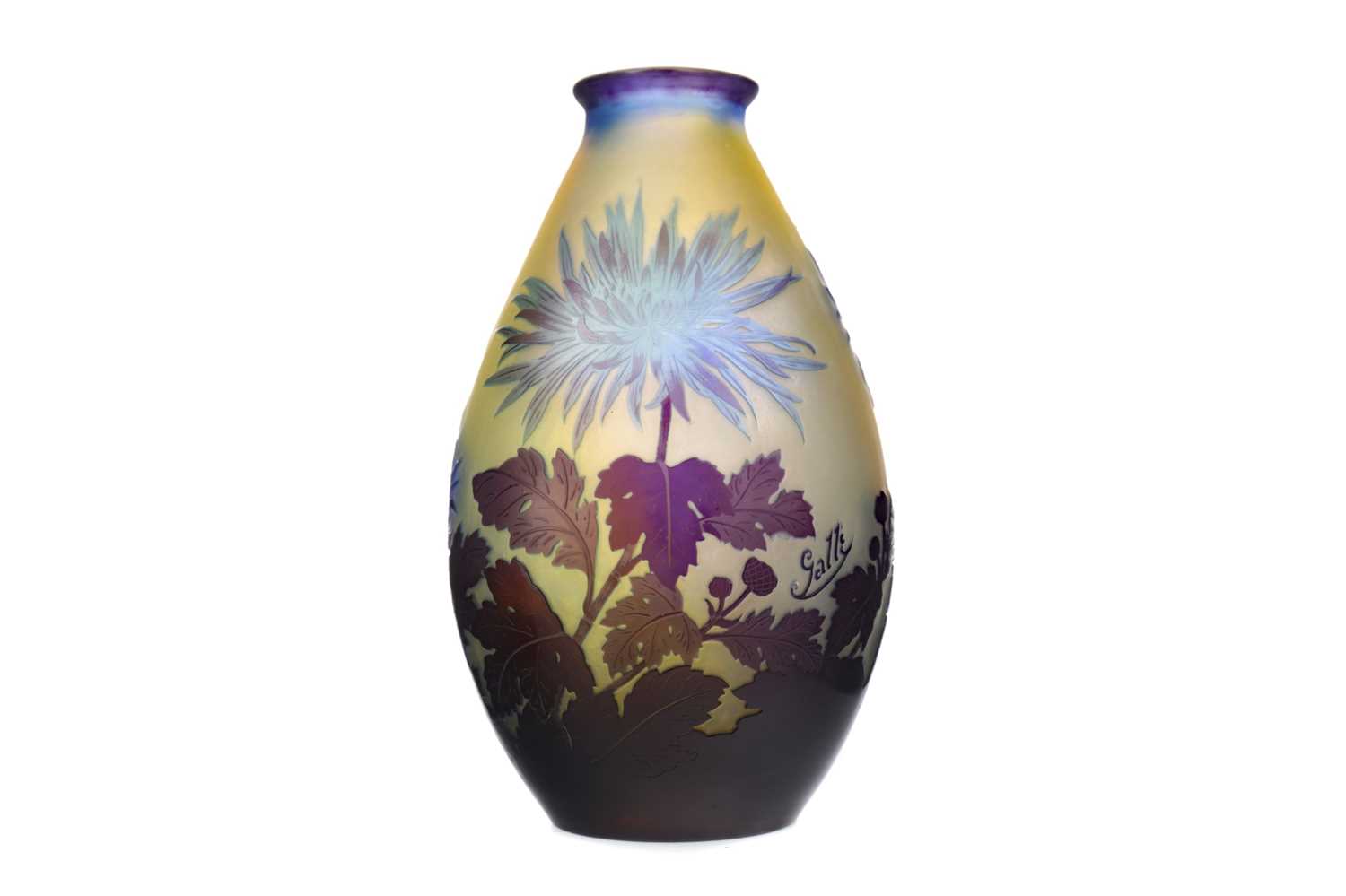 A glimpse into Gallé...

Emile Gallé (1846-1904) was born into a family of glass merchants, and delved into the craftsmanship of glassware from a young age.  As Gallé completed his studies in the fields of philosophy, botany and art - subsequently embarking upon travels through Europe - he sought to enhance his knowledge of glassmaking and explore the artistry and craftsmanship, visiting museums and practicing glassmaking at Meisenthal. In the early 1870s, Emile returned to Nancy, and officially joined his father’s factory.

The young Gallé quickly made his mark, and his glass was welcomed to great acclaim at the Paris Exhibition of 1878, and the subsequent Paris Exposition of 1889. His fantastic works embodied the artistic style of the Art Nouveau era, often centring upon naturalistic floral designs which illustrate the interests of the keen botanist. A true master of cameo glass, Gallé was known to use as many as five coloured layers within his cameo glass designs, to extraordinary aesthetic affect. 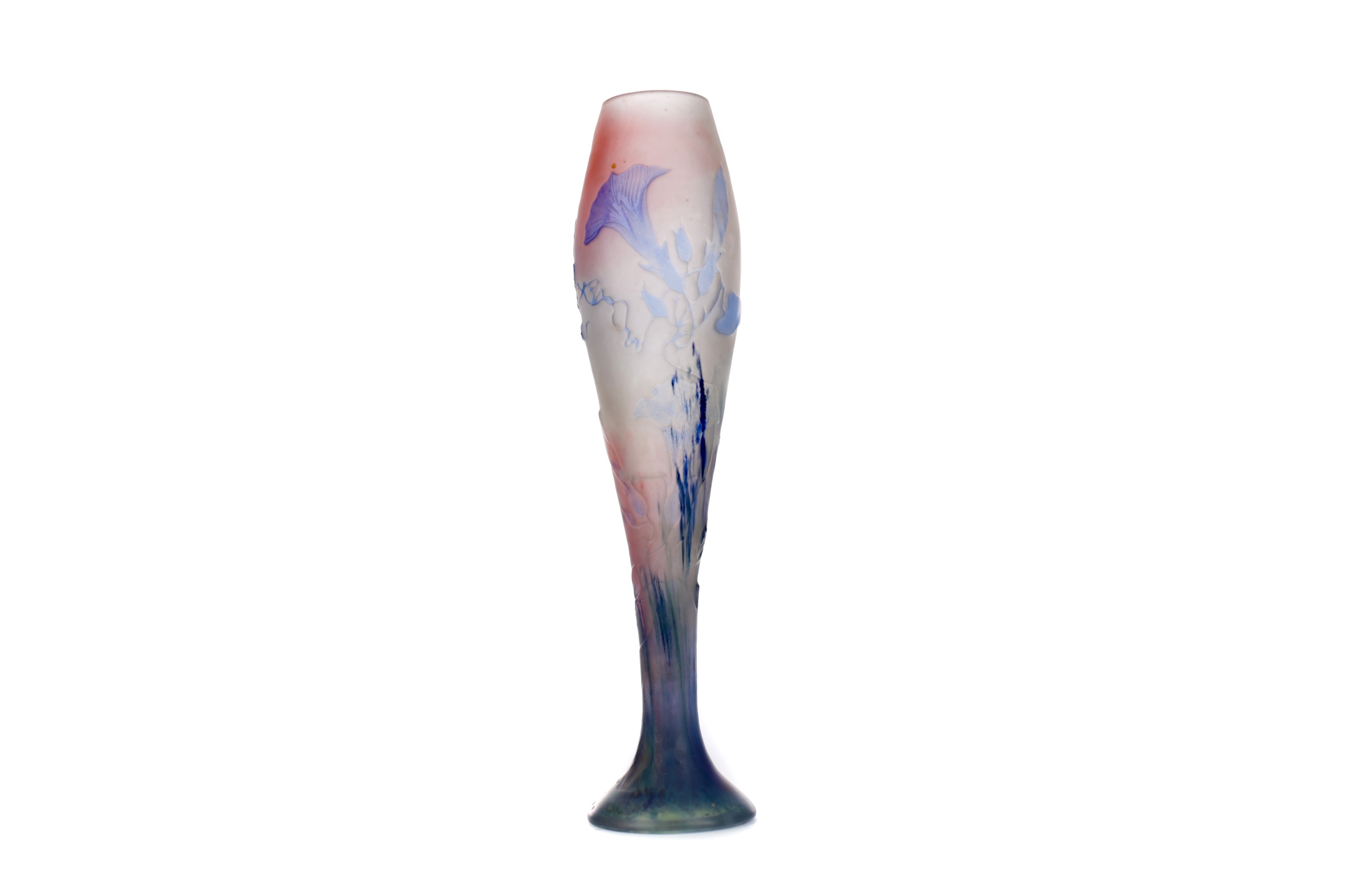 Each cameo glass vase within The British & Continental Ceramics & Glass Auction this April is a wondrous work of art in itself, and more than ten examples by Gallé are included in that number. 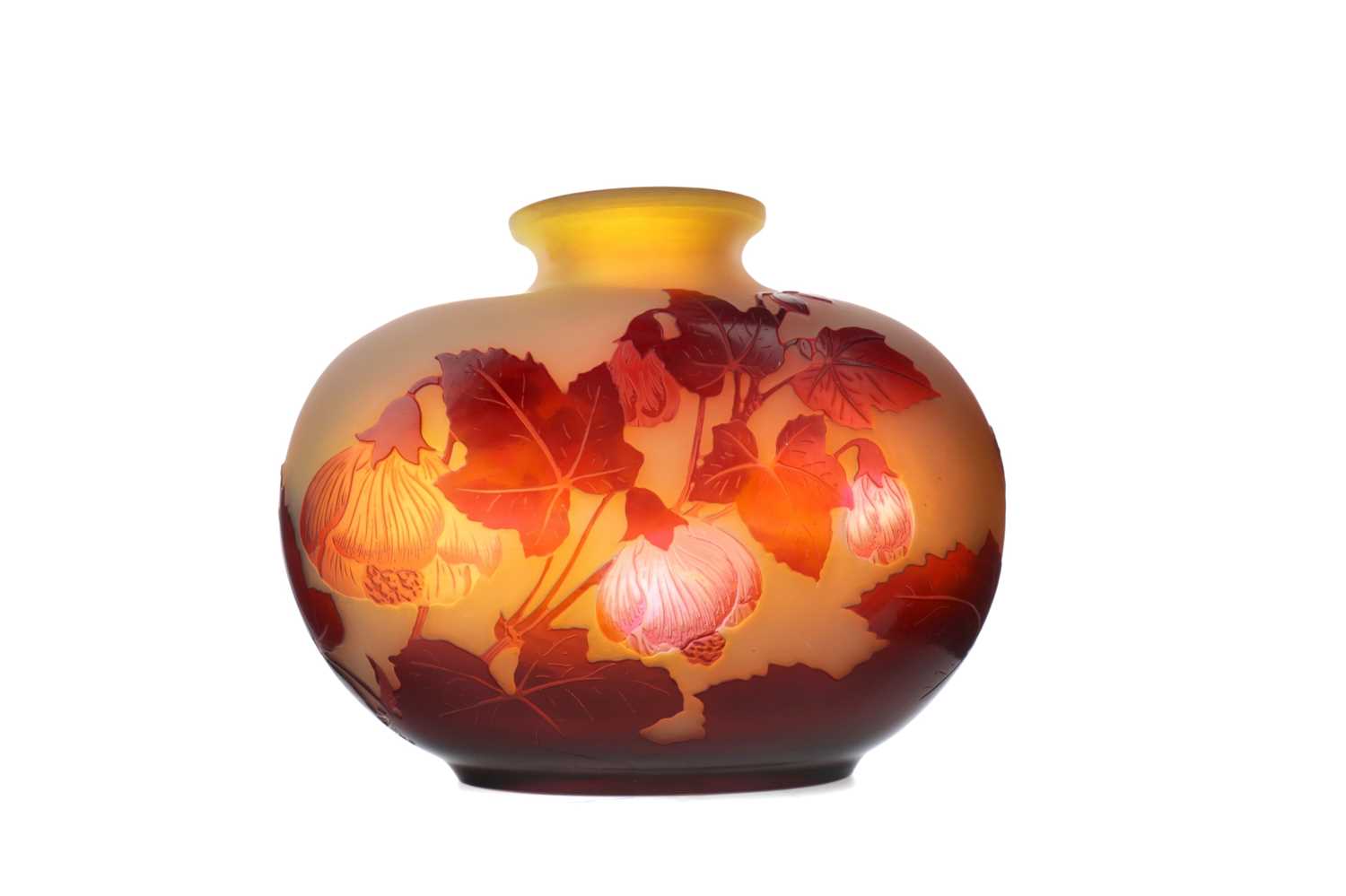 Undoubtedly one of the most spectacular pieces within the entire sale, one Gallé vase truly surpasses the others (standing some 50cm taller than its closest companion!)An especially impressive piece, lot 1083 is of dramatically large proportions, measuring - in the scheme of Gallé vases, a comparatively giant - 74cm high.  Beautifully decorated with clematis and foliage on a yellow and frosted glass body, this attractive vase evokes warm autumnal hues. This is estimated at £1000-1500.

The British & Continental Ceramics & Glass Auction takes place on Thursday 8 April at McTear’s, and comprises over 200 lots. We warmly welcome you to enjoy the wonders of this fantastic auction catalogue in person, and viewing at our Glasgow Galleries can be arranged by appointment. Call our Specialists on 0141 810 2880, or visit www.mctears.co.uk