It comes in threes

Three stone, or trilogy rings as they are more commonly known, have been around for generations and have commonly been given as anniversary presents. The reason for this is that the three diamonds represent the couple’s past, present and future together.

The design is completely up to the buyer. Some opt to have all three stones the same size; others prefer a larger central stone accompanied by two smaller stones; some choose a central coloured stone and some go for the stones set in a style other than a straight line. In recent times, trilogy rings have become a popular engagement ring choice, something which has been influenced by celebrities such as Nicole Kidman, Eva Longoria and Adele who all wear a version of the ring.

Lot 178 is a more modern version in which the three central diamonds are set vertically. Each central stone of approximately 0.20 carats is flanked by smaller round diamonds on each side. In the style of three rings joined together, this truly represents the past, present and future combined in one ring. Estimate £280–£320. 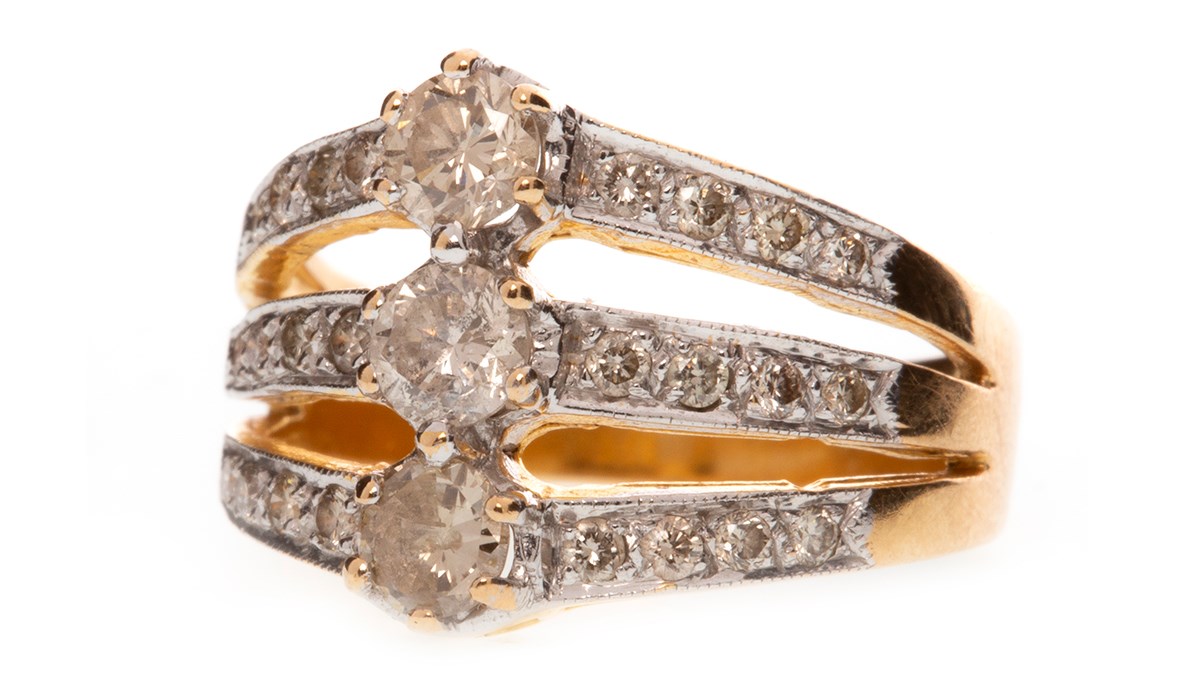 A fantastic example of a very modern twist on this classic example is lot 45 in our upcoming September sale. Set with a central round brilliant cut blue diamond of approximately 0.80 carats flanked by two smaller white diamonds of approximately 0.40 carats each. Estimate £400 - £700.