Jinky Faberge Egg to go under the hammer

A rare jewel encrusted Faberge egg that was created as a tribute to Celtic legend Jimmy ‘Jinky’ Johnstone is among a host of fascinating sporting lots to feature in McTear’s Sporting Medals & Trophies Auction on 13th August.

The Jimmy Johnstone egg is No 15 in a series of 19 specially created by the master goldsmiths in 2005.

Jinky was one of the best players Scotland has ever produced and he was voted the greatest Celtic player of all time by fans of the Club. 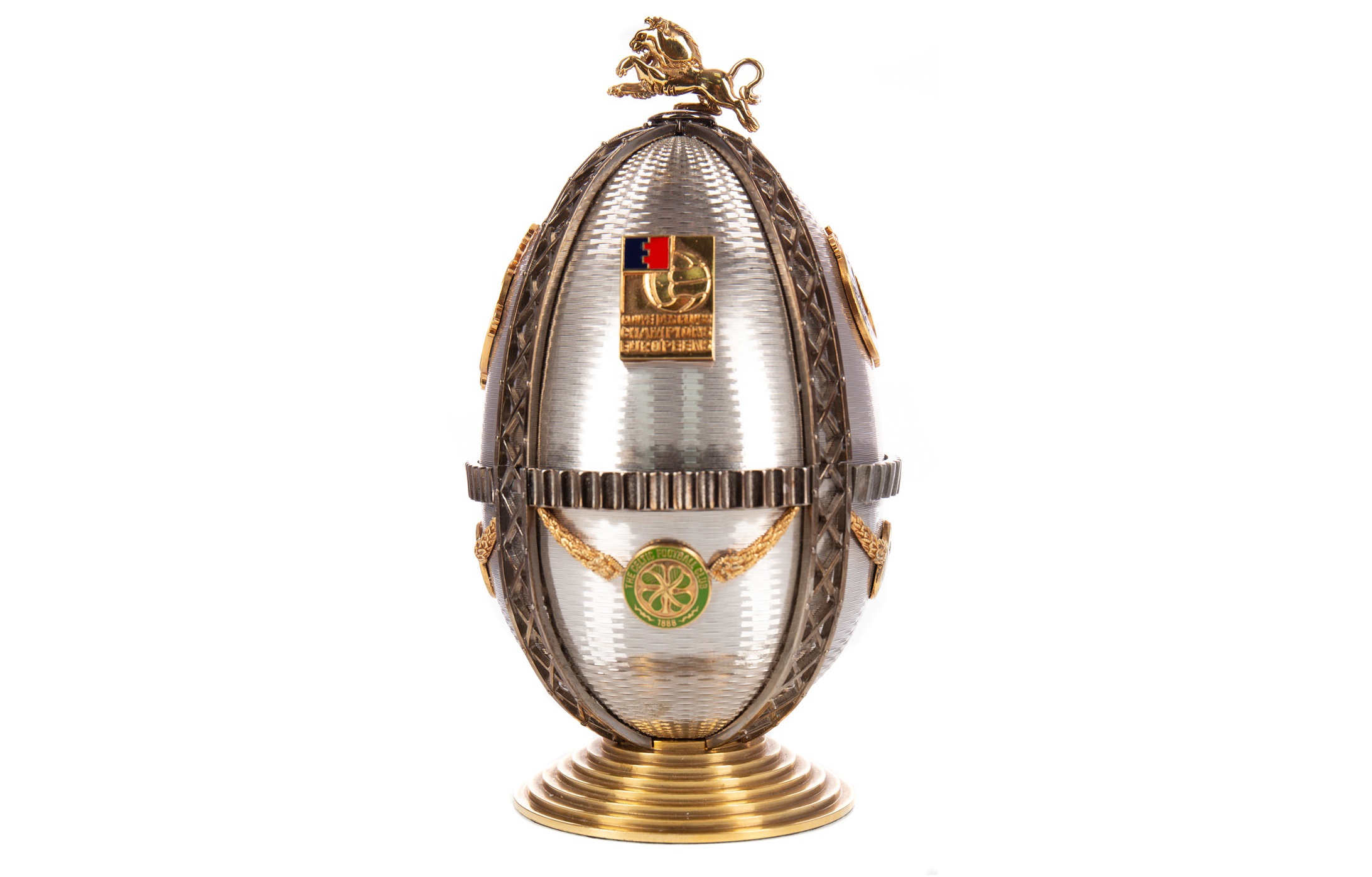 The nineteen Faberge eggs, representing the number of medals the player won, were made in tribute to the Celtic legend who died in 2006 after a long battle with motor neurone disease.

The eggs open to reveal a silver and gold figure of Jinky, and at the time of their creation Sarah Faberge was quoted as saying: "The Lord of the Wing film confirmed my respect for Jimmy Johnstone and it was a privilege to meet him in Glasgow.”

Commenting on the auction, James Bruce from McTear’s said: “Not only is the Jimmy Johnstone Faberge egg a remarkable example of high quality jewellery in its own right, it is also an important piece of football memorabilia. These eggs are highly sought after by collectors and it is believed a number are owned by leading figures in football. I have no doubt this example will attract a lot of interest when it goes under the hammer.” 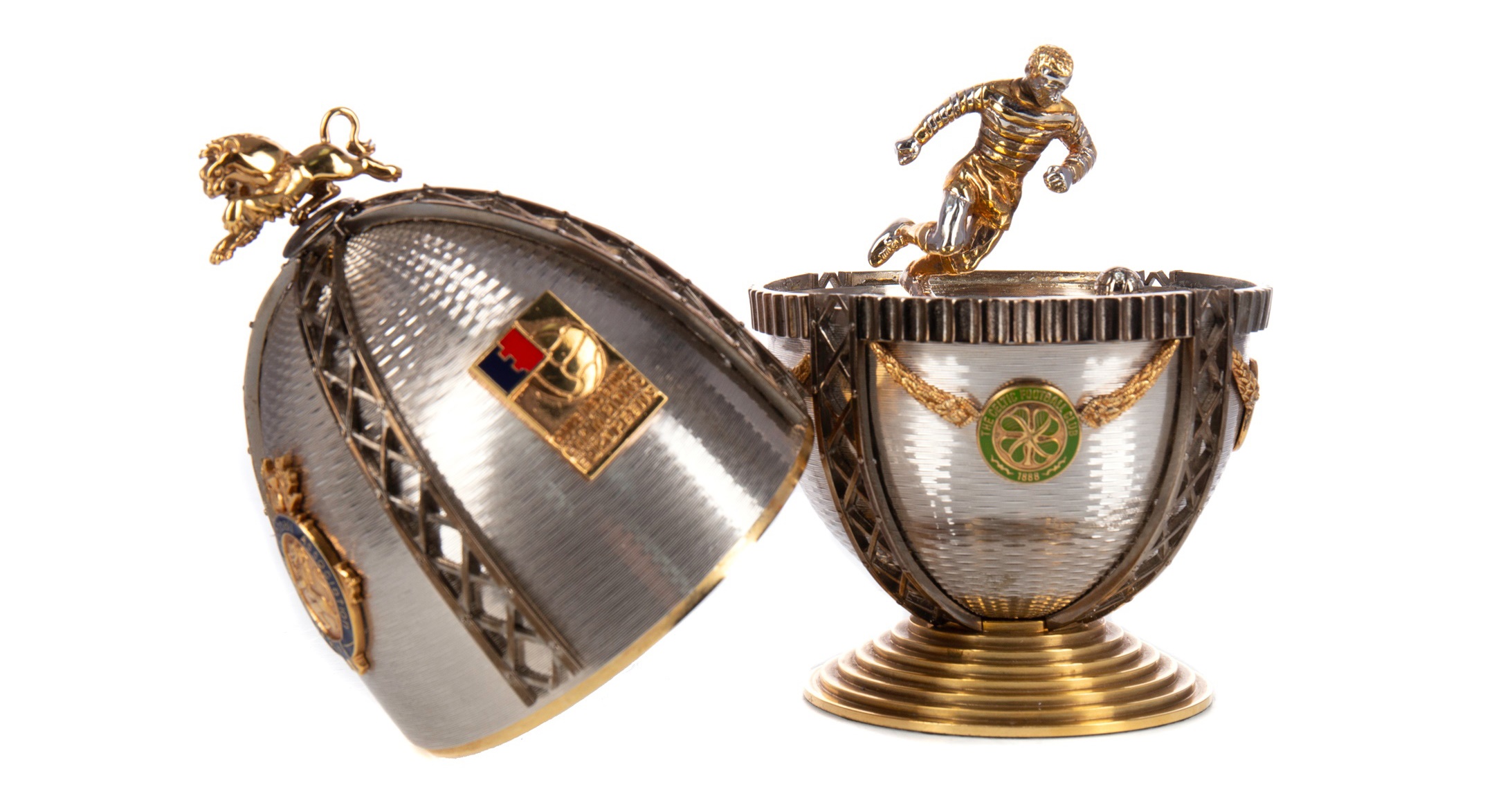 In addition to the Jinky egg, the 75 lot auction will feature memorabilia from the worlds of football, horse racing, curling, yachting and golf, amongst other sports. One of the quirkier items is a series of whisky miniatures commemorating a number of Old Firm achievements.

James Bruce added: “We have sold some fantastic whiskies over the years and also some wonderful pieces of Old Firm memorabilia but it is not often we have lots that combine both. I am sure there will be football fans across the country who would love to get their hands on these fascinating bottles.”

The Sporting Medals & Trophies Auction at McTear’s is the only dedicated auction of sports medals and trophies in Scotland. The auction features items associated with all aspects of sporting history, including gold, silver and gilt medals, trophies and plaques, alongside autographs, match-worn attire, caps and cravats.