Kings Over the Water

Supporters of the exiled Stuart Kings, better known as Jacobites, found themselves in a rather difficult position during the 18th century.

Indeed, in the wake of the Glorious Revolution of 1688, and the subsequent quelling of Jacobite rebellions in 1689, 1715, and 1745, government crackdowns on those supporters were swift and severe.

The development of laws relating to sedition and treason meant that the death penalty continued to pose a very real threat to anyone deemed sympathetic.
As a result, a rich language of code and cant was developed, allowing an underground network of supporters to express themselves to others in the know without running the risk of arrest and prosecution.
Whilst this language included a variety of Latin and other slogans, it typically came in the form of symbols, most often found on the movement's material culture.
Much of this material culture can be related to the widespread flourishing of club and society culture during the long 18th century, with many surviving relics coming to us in the form of snuffboxes and drinking glasses.
A market for such 18th century pieces has existed for some time, with the secretly treasonous sentiments of Jacobite examples having meant that collectors place a premium on them.
Within our upcoming sale we are delighted to be offering not one, but two such glasses... 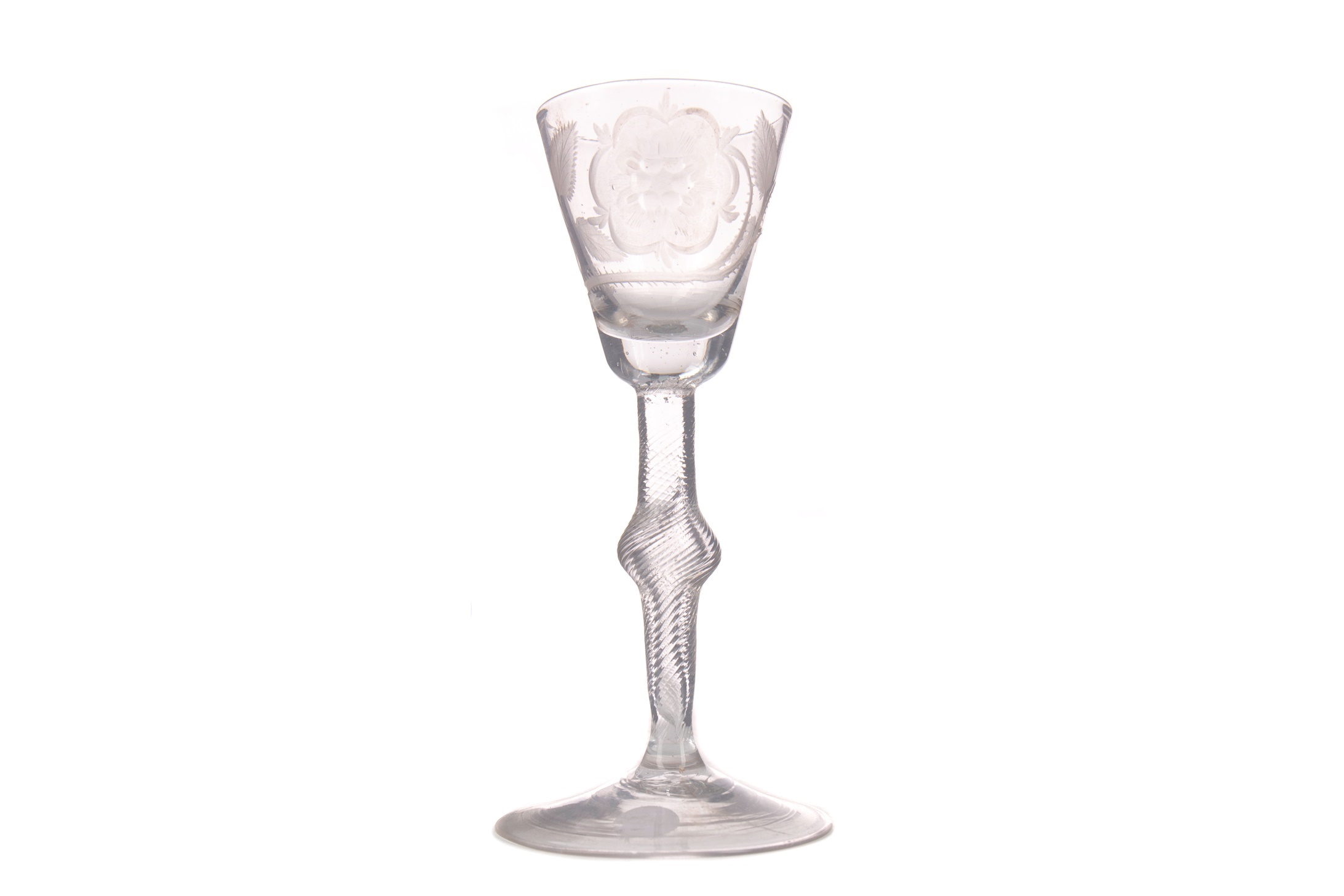 Lot 1001 is a rare specimen indeed, coming as it does with an unusual wrythen knopped stem with drawn air bubble. Indeed, even before we consider the Jacobite engraving, this piece would surely stand out on any collector's shelf!
Lot 1039 is a more classic example, and with its single series air-twist stem, it stands as the quintessential vessel for any middle-class wine drinker of the day. 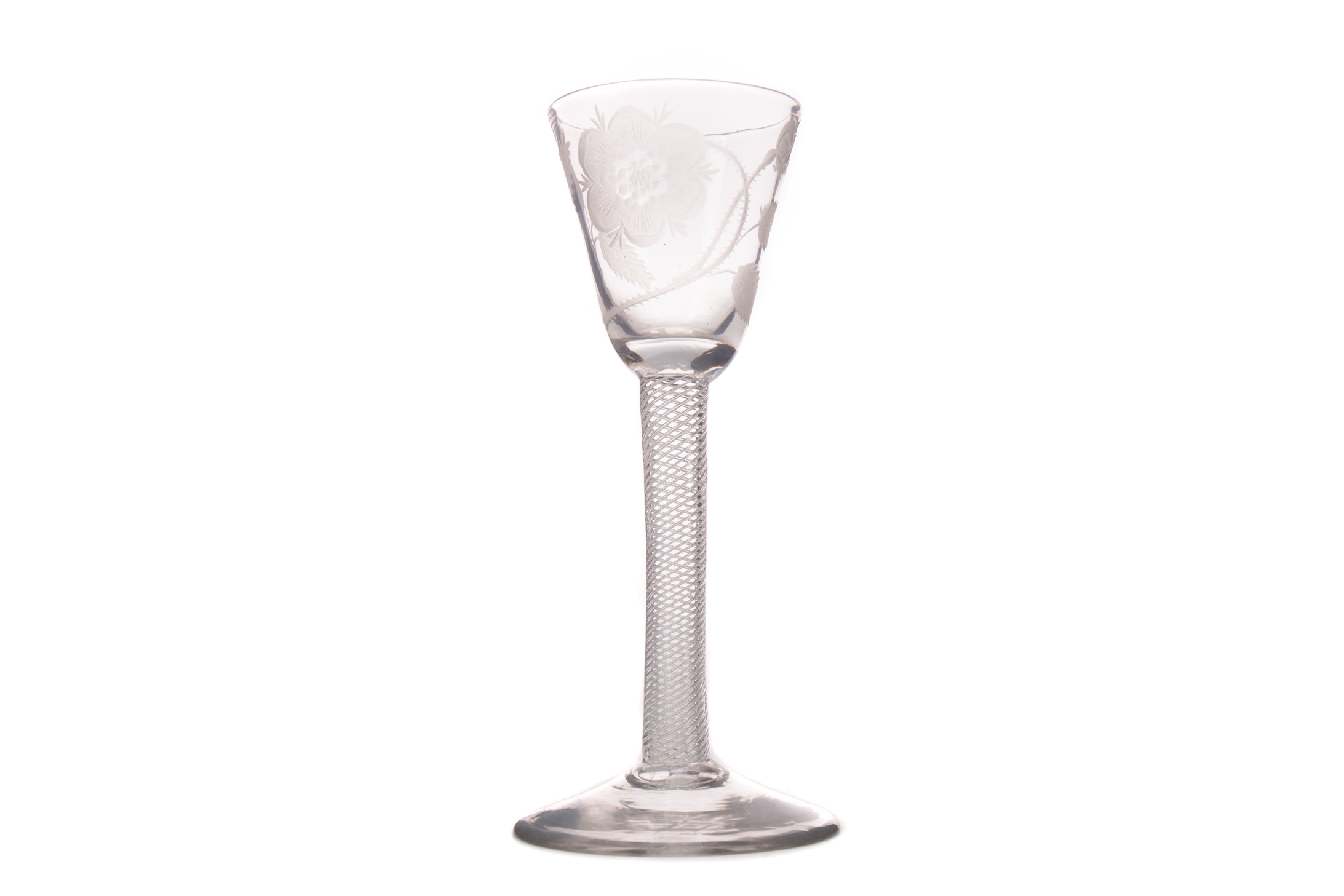 Both are wheel-engraved with the now-infamous six-petal Jacobite rose, flanked either side with open and closed buds symbolic of the Old and Young Pretenders.

Whilst these symbols may now be immediately recognisable to some, their subversive qualities allowed for Jacobites to toast sub-rosa, and one can only imagine some of the persons who raised these glasses...