One of the most eye-catching lots in The British & Continental Ceramics & Glass Auction on 8 October is also amongst the rarest, by Helen Konig Scavini.

Helen Konig Scavini (1886-1974) is best known as the co-founder of Italian doll and figure maker Lenci, formed together with her husband Enrico in 1919, the name ‘Lenci’ inspired by Helen’s childhood nickname.  The couple are rumoured to have delved into the production of dolls after the premature death of their daughter, whereupon Helen enjoyed crafting dolls as a form of therapy. As hobby turned into business opportunity, thus Lenci was formed. 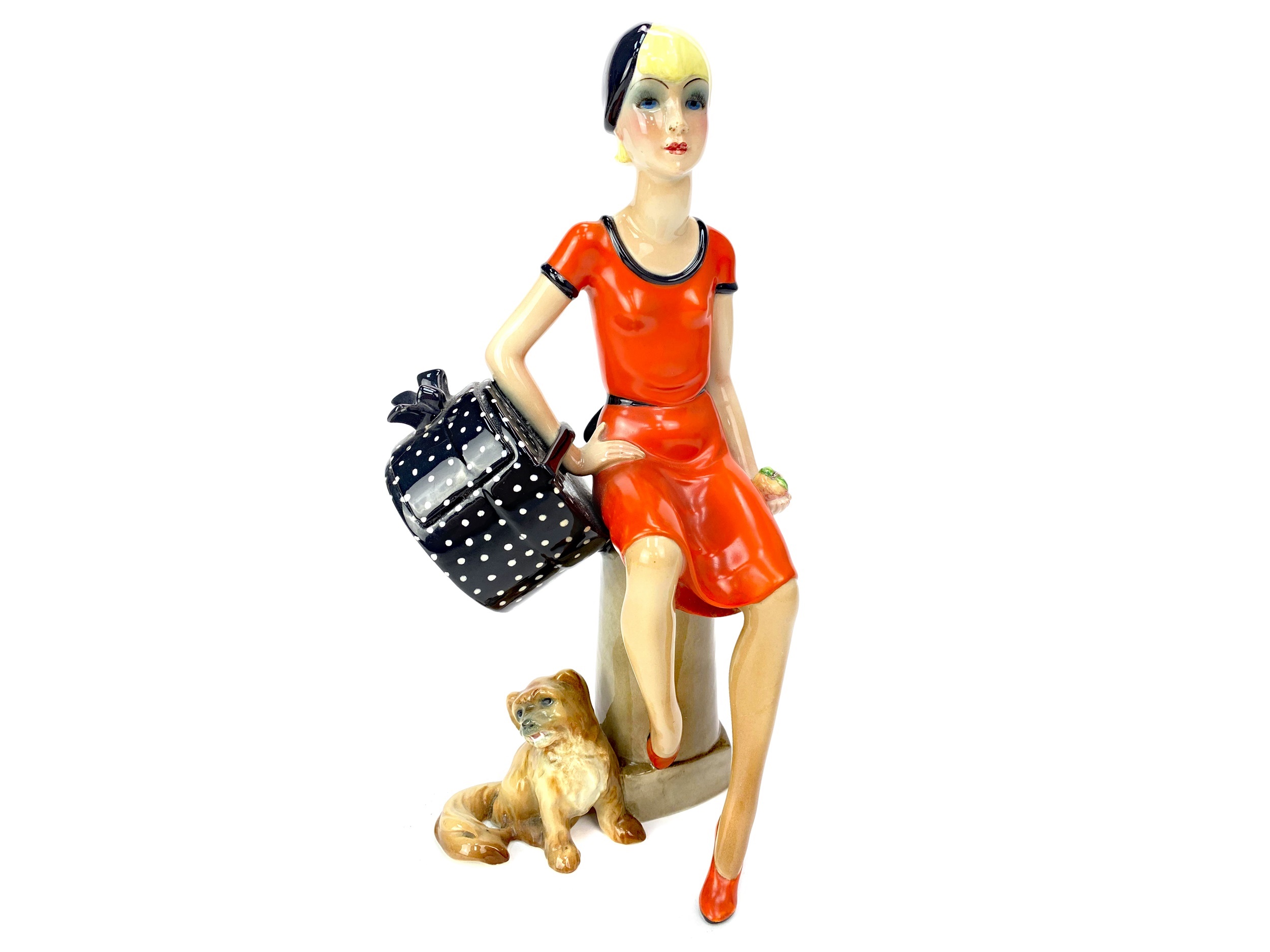 Originally producing dolls, toys, furniture and furnishings, with their felt dolls proving especially popular. Lenci later expanded into the world of ceramic figures in 1927, and with the benefit of creative collaborations with acclaimed Italian artists, these objects quickly became a ‘must have’ across the fashionable elite of Italian society.

We are delighted to include one such rare Lenci figure by Helen Konig Scavini in the British & Continental Ceramics & Glass Auction this month, La Modista – Il Cappellino (lot 1014). This fantastic figure of a girl, circa 1933, is modelled holding an apple and a handbag, with puppy afoot, is offered with an estimate of £3000-5000.

The next British & Continental Ceramics & Glass Auction is now open to entries. If you have something you’d like to see included, email hannahmurphy@mctears.co.uk or james@mctears.co.uk for a free, no obligation auction estimate.