In the year 1850 there were many world changing events: the admittance of California as the 31st US state, the beginning of British transportation of convicts to Australia and the outbreak of the Taiping Rebellion in China to name but a few. Meanwhile, in an otherwise unremarkable village in rural Shropshire, a small movement began which would itself eventually reach across oceans to America, Australia, China and throughout the world - this movement was the Wenlock Olympian Games, the precursor to the modern Olympics.

The founder, Dr William Penny Brookes, was inspired by the ancient Games and wanted to channel the legacy of these epic contests into a reformed set of challenges, in his own words, ‘for the promotion of the moral, physical and intellectual improvement of the inhabitants of the town and neighbourhood of Wenlock and especially of the working classes, by the encouragement of outdoor recreation, and by the award of prizes annually at public meetings for skill in athletic exercise and proficiency in intellectual and industrial attainments.’

This captured a zeitgeist of the era in which certain Victorians deplored the perceived slide of social morals in inverse correlation with the technological achievements of the Industrial Age and sought to better those they saw as socio-economically and spiritually deprived. McTear’s are delighted to bring to auction an extremely rare survivor of the proto-Games, a huge and impressively wrought lock and key which, judging from its inscription, almost certainly proved the winning entry in the ‘industrial’ category of the 1869 edition. Very little material from the Wenlock Games has come onto the open market and certainly nothing of this significance which presents private enthusiasts and institutions a scarce opportunity to add a hitherto unrecorded piece of history to their Olympic collections. 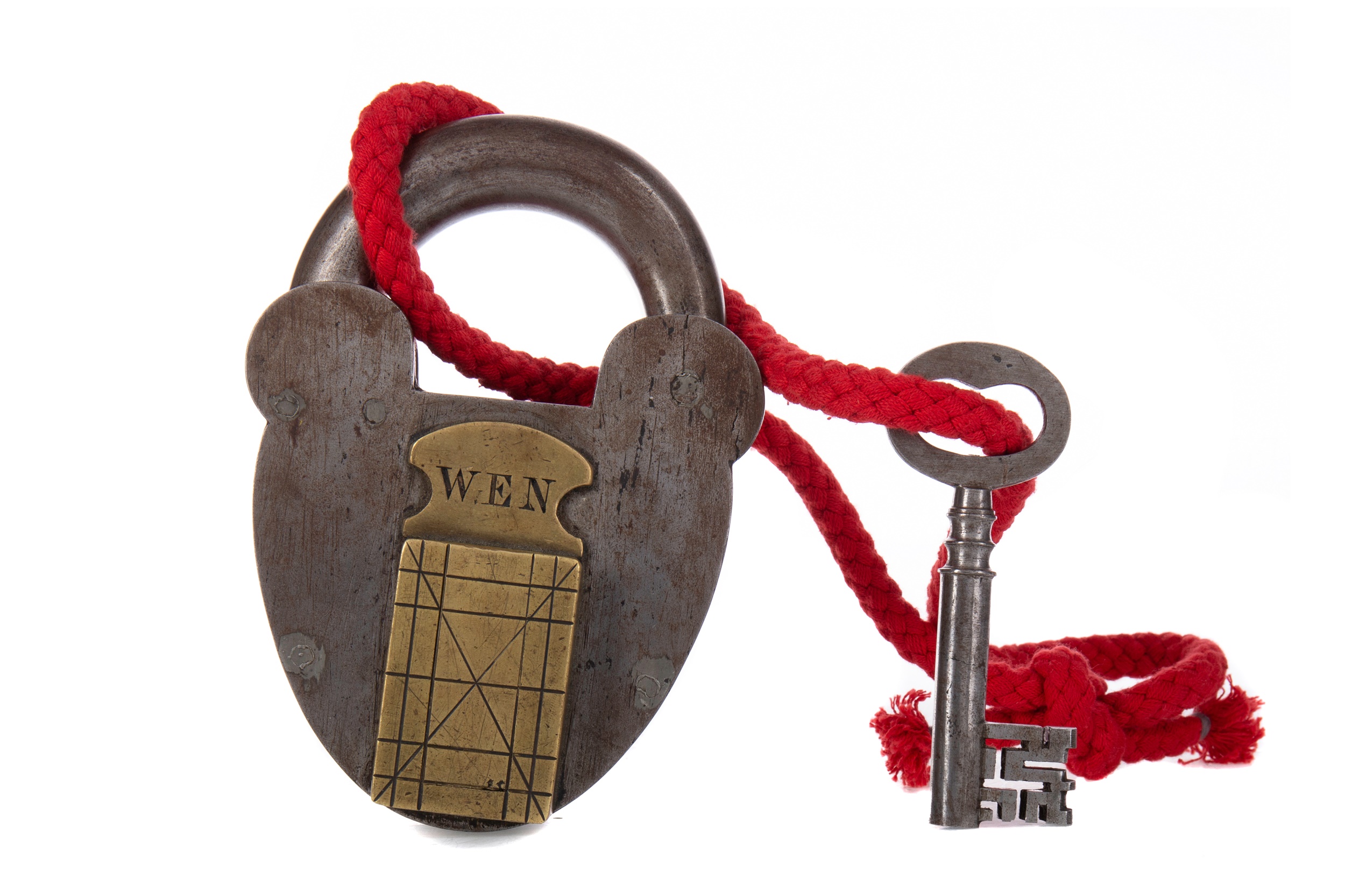 The significance of the Wenlock Games cannot be understated: the founder of the modern Olympics, Pierre de Coubertin, had heard of this annual event and was inspired by what he saw when he visited this sleepy hamlet in 1890 - he would establish the International Olympic Committee four years later, citing Wenlock and its founder Dr Brookes as fundamental to his thinking. Thus, this lock and key perhaps takes on an even greater symbolism as part of a movement which opened up the Olympics again to us all with all the joy that it brings around the world, starting life, like this lot, in a small village in rural Shropshire.

Of course, a Sporting auction at McTear’s will always bring a focus much closer to home and Scottish sporting history with a focus on the ‘Old Firm’ once again features strongly.

Before getting to the football, curling remains an ever popular Scottish pastime and Lot 1498 features a good pair of Crawford John stones; with provenance linking them to a competition held in no less a spectacular setting than an iced-over Lake of Menteith in the early 20th century, they certainly carry their own silent sense of sporting history. 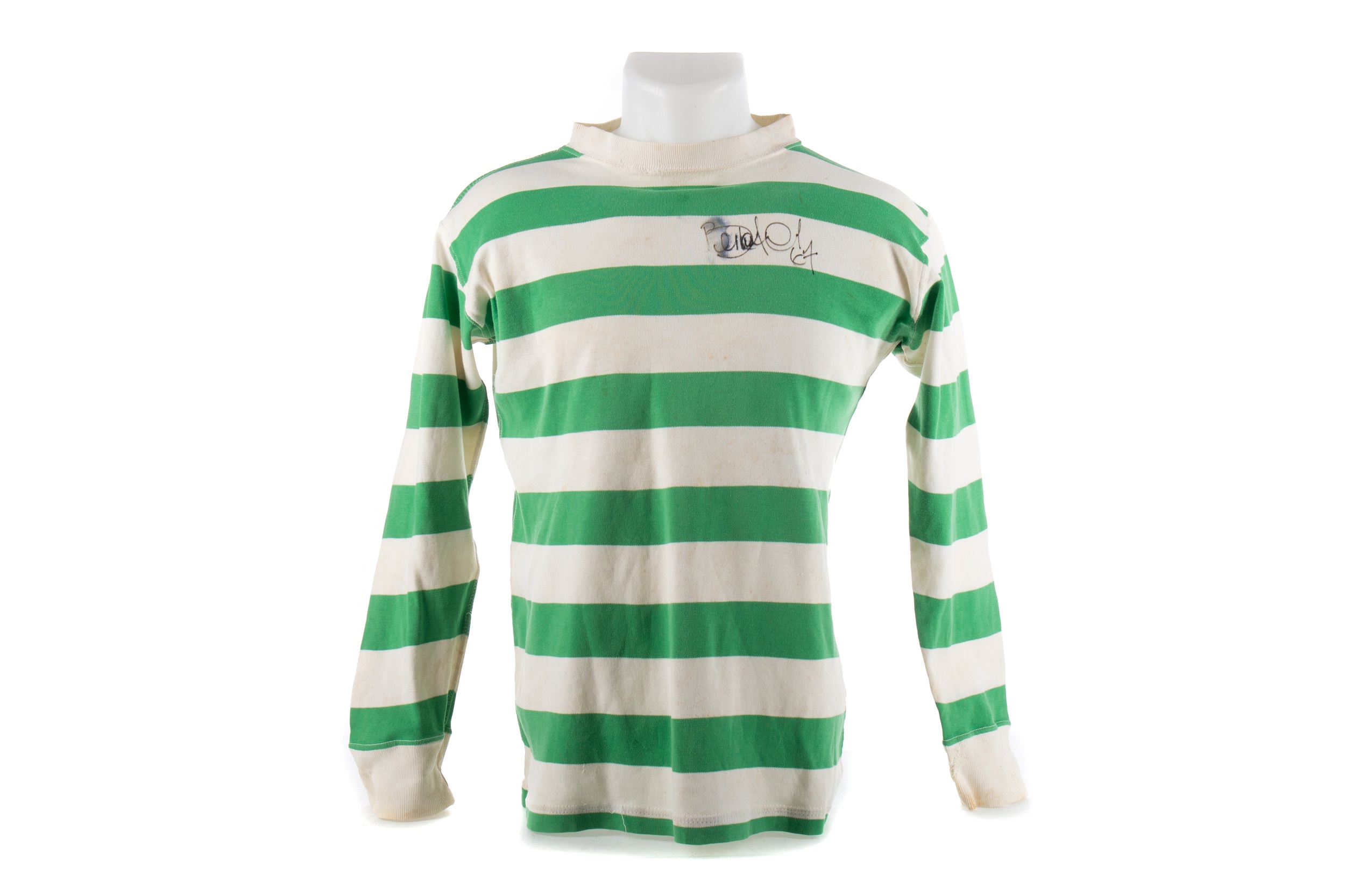 This is Glasgow and of course the great rivals Celtic and Rangers battle even over the centre stage of this Sporting auction with excellent offerings from both sides of the city. The Glasgow Charity Cup 1925 winner’s medal awarded to Alexander ‘Sandy’ Archibald, a club legend with over 600 appearances and 100 goals to his name, is sure to appeal to ardent ‘Gers collectors perhaps buoyed by more contemporary cup successes this season. Meanwhile, those of the green and white will certainly be interested in a series of Celtic-interest whiskies and a signed jersey from the 2013/14 season. 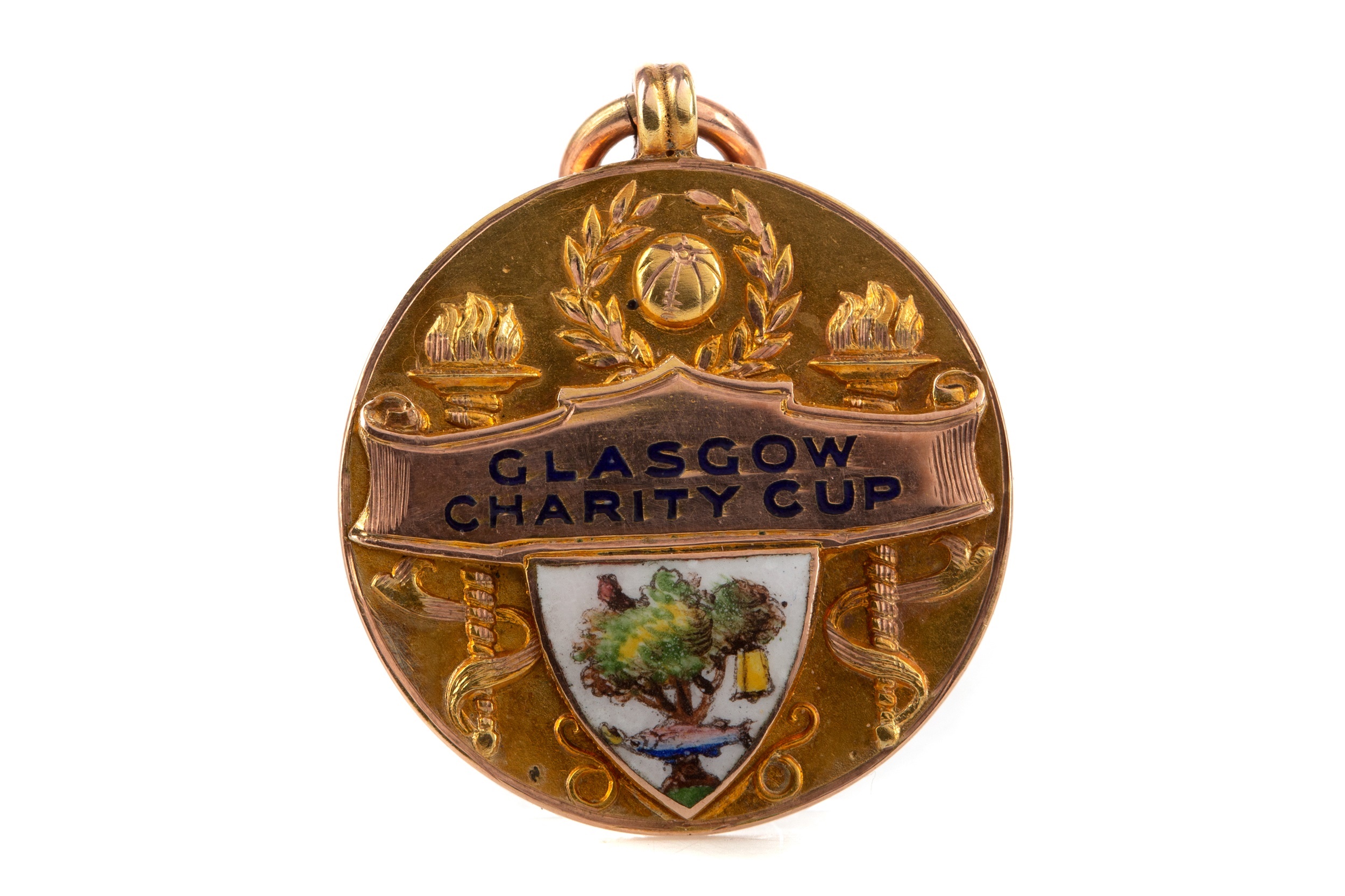 Football history on offer ranges wider than Glasgow, however, with a rare pair of Wee MacGregor Britannia Pottery figures commemorating Morton’s famous victory over Rangers in the Scottish Cup and a rare 1896 Scottish English League Medal awarded to Dan Doyle, an early ‘journeyman’ who became the first to player to win a league title on both sides of the border (he was a fundamental part of Everton’s first league championship in 1890-91 and is fondly remembered as the first of many Scottish servants to this Liverpool club).

We look forward to welcoming you here at McTear’s on 29 April when this curated selection of important sporting history will be brought under the hammer - the starting pistol has been fired, browse the catalogue here before we reach the final run-in.