Lemania are best known for supplying movements for prestigious brands including Omega. Famously they produced the movement within the Speedmaster worn by astronauts in their first moon walk in 1969. They are credited with producing very reliable and accurate chronograph movements, those with start/stop stopwatch style function. While many of their productions are hidden within cases and under dials bearing the names of other makers, their military issue watches usually proudly bear the company name to the signed dial. 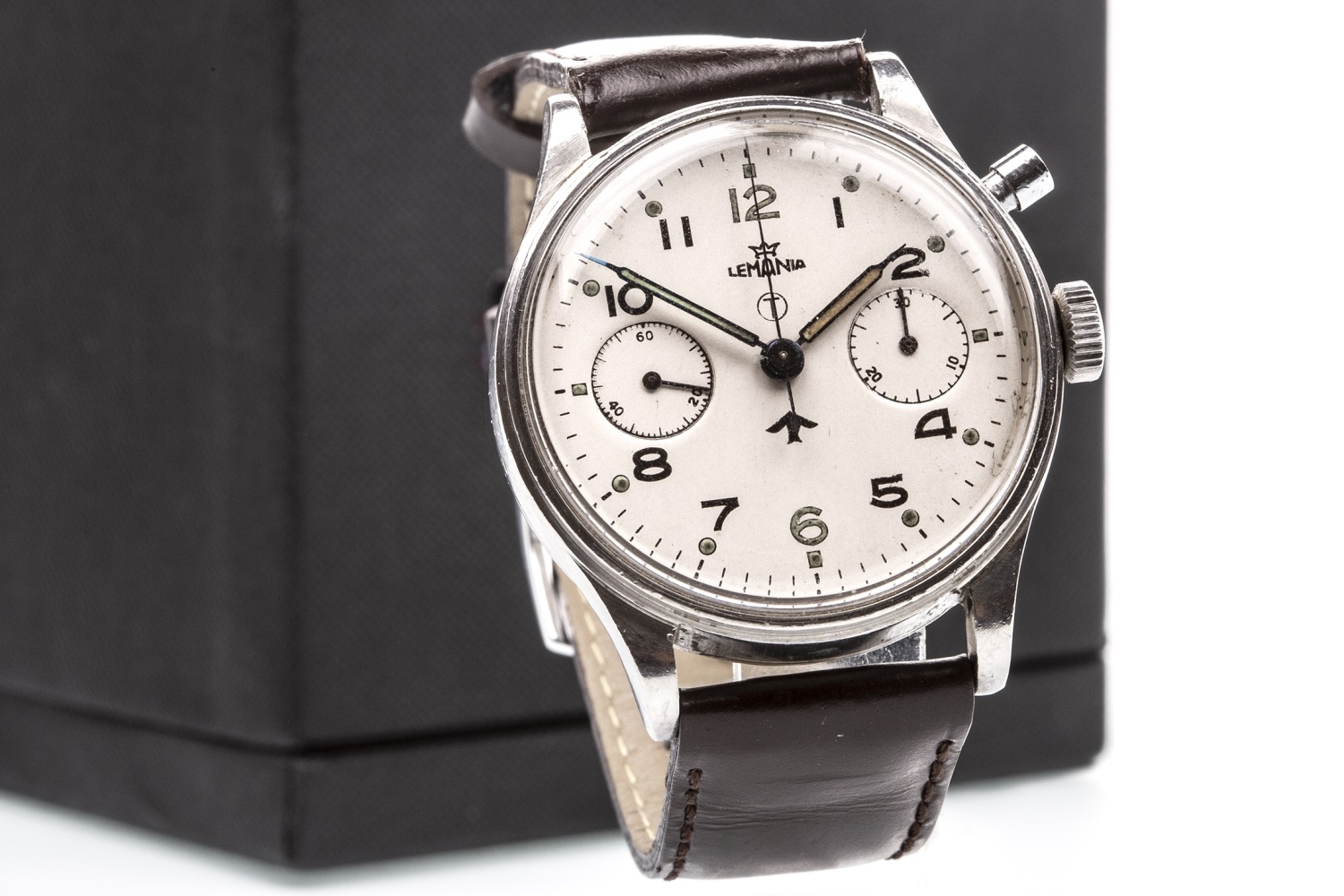 Lot 754 is such a watch and was owned by a Scottish navy pilot throughout his years serving in the British military in the mid to late 20th century.

Joining the Fleet Air Arm as a cadet at 15, our vendor went on to earn his wings at HMS Heron, Yeovilton, a Royal Naval Air Station situated in Somerset and was given this pilot issue watch in early 1962. Serving throughout the Cuban crisis, our gent was first deployed on a Wasp helicopter. Moving on he was deployed to the Far East where he was based on HMS Centaur Ark Royal, Albion and Victorious, all aircraft carriers. Later in his career, our pilot was present for the engine failure of  his “Gannet” where he and colleagues waited two days for rescue from water.

Since that time he served in places including Vietnam, Gibraltar and Yemen before finally retiring and working for British Airways. Recalled to active service during the Falklands conflict, our owner then retired fully in the early 1980s, as did the Lemania. McTear’s are pleased to offer this important watch, which has been used fully for its intended purposes and cared for well, serviced as it has been very regularly, most recently this year.