Dating back to the Middle Ages, the distinctive image of a red cross upon a white flag has been known as St George’s cross, or the flag of England. The city of London flag differs only slightly, with the flag having a dagger motif to the upper hoist canton. The dagger is said to represent the sword that beheaded St Paul, the patron saint of the city. 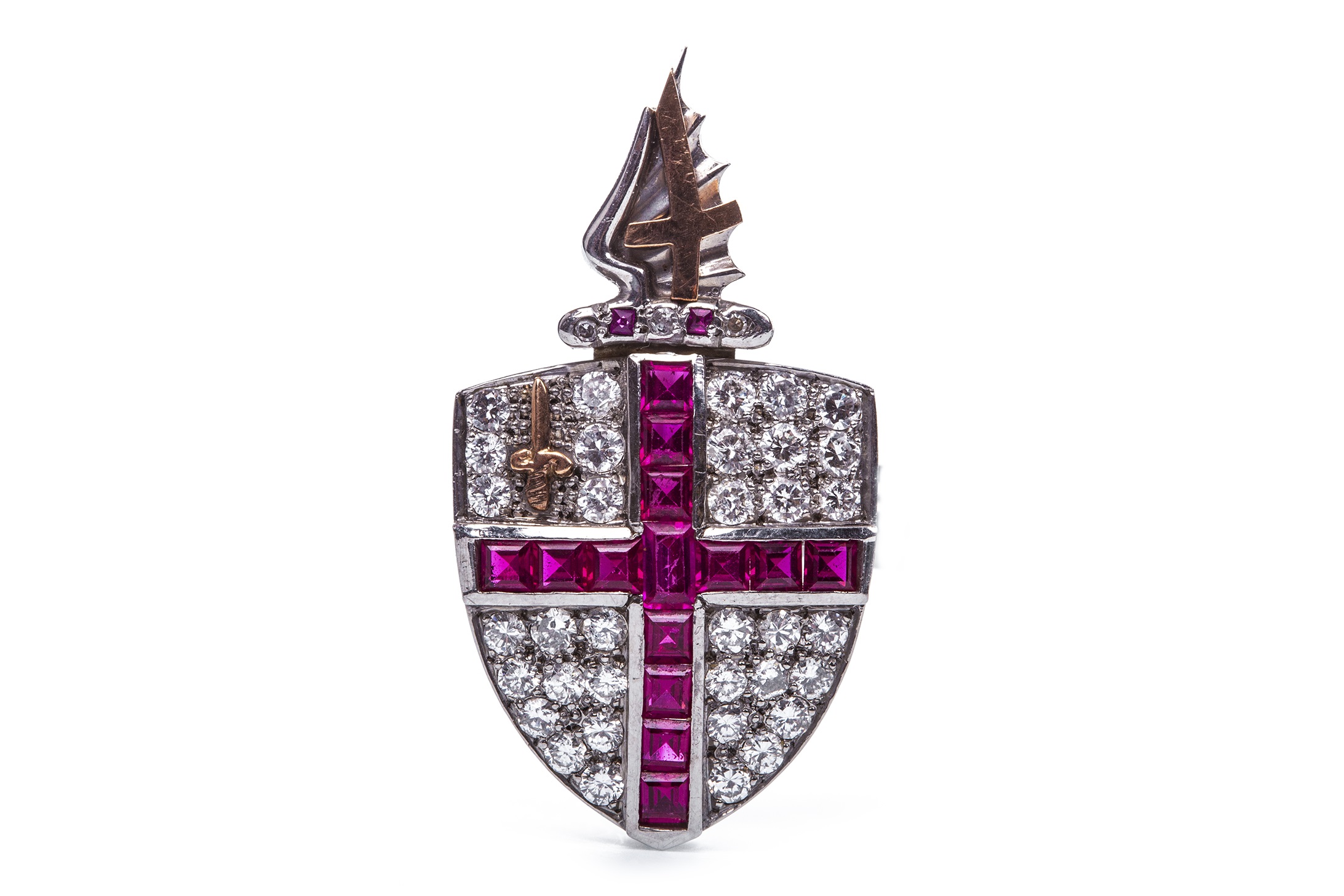 The world of jewellery has always played a big part in showcasing religion, marital status and even patriotism. It can turn the most horrifying of occasions such as death, into a beautiful work of art which can appreciated universally. Lot 48 in the jewellery auction on the 11th of August is a red gem set and diamond brooch depicting the Flag of England. The shield motif is set with square red gems to form the cross upon a round brilliant cut diamond shield. In the upper left hand quarter is the rose coloured dagger motif.

With something as beautifully crafted as this, it would be a shame to miss out on being able to see it in person. Viewing opens at 10am on Thursday the 8th of August. Perhaps you’re a patriotic Londoner who would like to see this returned home? Don’t miss the sale on the 11th of August at 1pm.