George Houston’s (1869 – 1947) work has been shamefully neglected in favour of his Glasgow School contemporaries, but as can be seen from four lots in this month’s British and International Pictures Auction, the artist had his own distinctive yet simple style which has been likened to that of the late Impressionists. 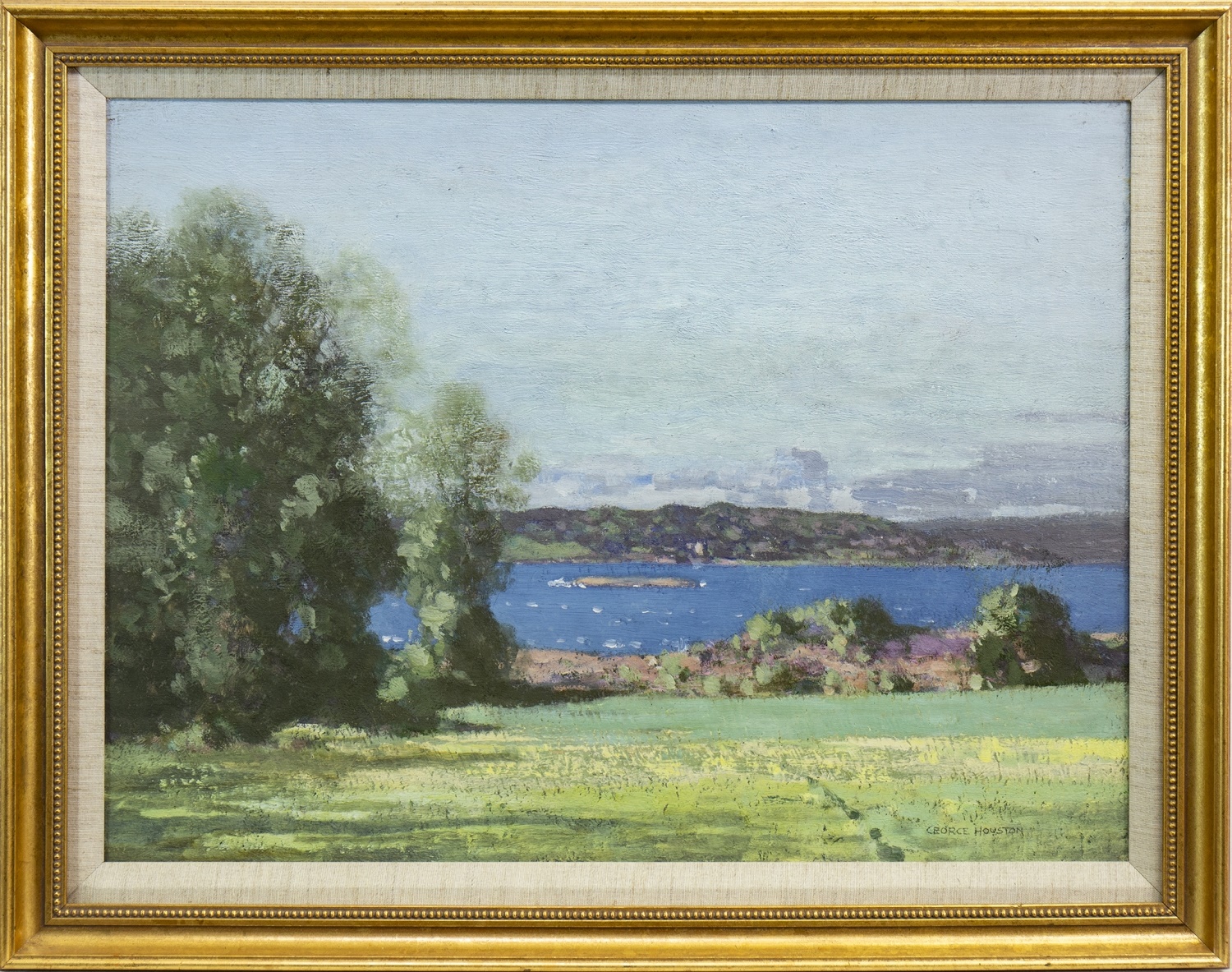 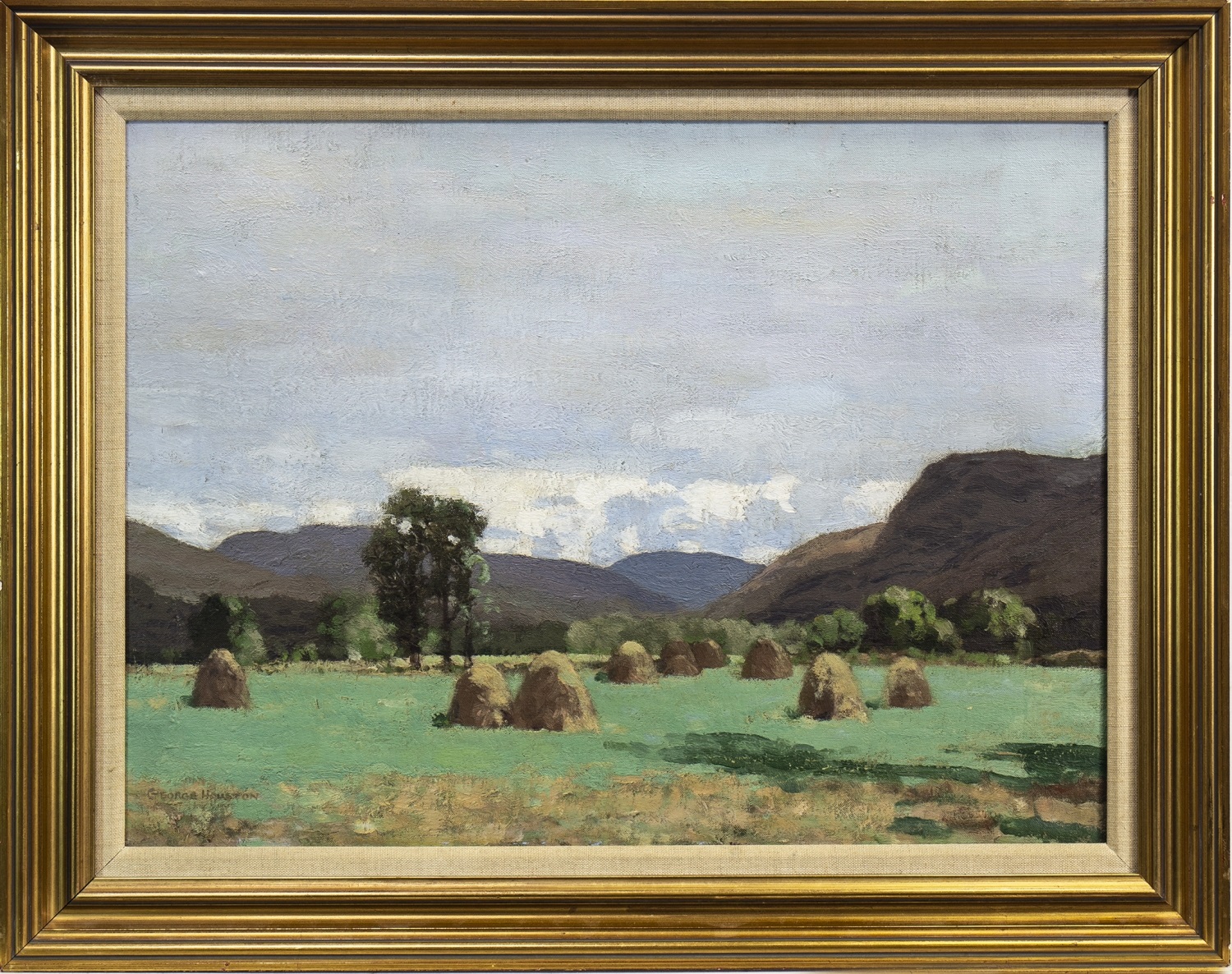 Houston was especially talented at capturing the brilliant shades of green at the peak of spring, and both lots 427 and 473 are fine examples of the artist’s ability to create a pleasing and uncomplicated composition.  Wide expanses of pastures or loch scenes are staples of the artist’s output and these were much sought after during his lifetime due to their seemingly simplistic and colourful attributes. Each are offered with estimates of £600-900 and £700-900 respectively.

There’s a seasonal shift in lots 421 and 474, as the artist employed the use of a darker, more autumnal palette to capture the landscape’s transformation to the latter half of the year. Deeside exemplifies the artist’s love for the Scottish landscape as well as his ability to capture the climatic conditions of the autumnal season, whilst Cuil House, Loch Fyne is a still and atmospheric composition reminiscent of the work of James Paterson (1854 – 1932).  Lots 421 and 474 are offered at estimates of £1000-1500 and £700-900 respectively. 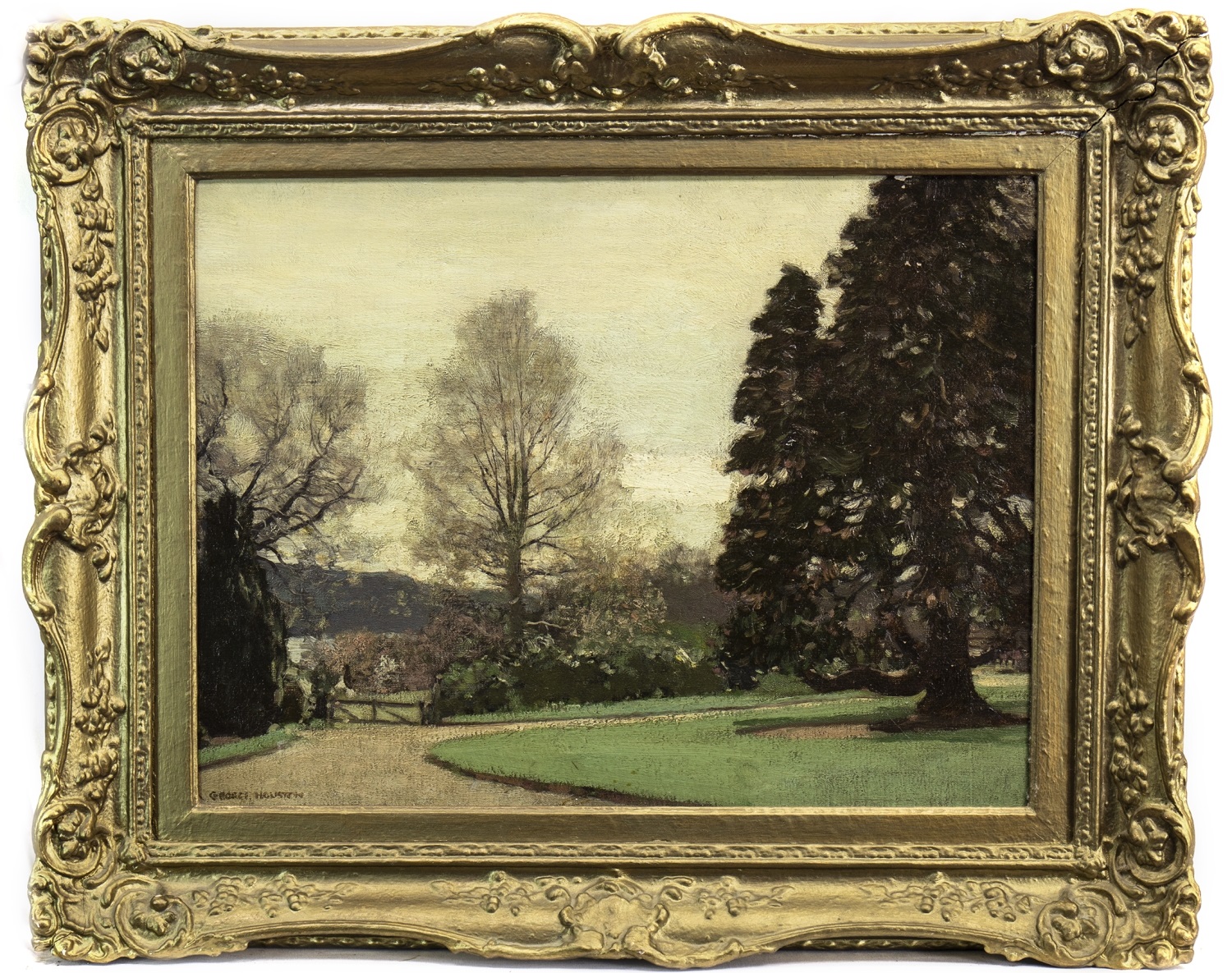 Houston was the subject of considerable critical acclaim, becoming a member of the Royal Scottish Academy in 1909 and then an Academician in 1925. His no fuss, direct way of capturing the landscapes of Ayrshire and Argyllshire brought him appreciation from dealers, critics and the public alike. 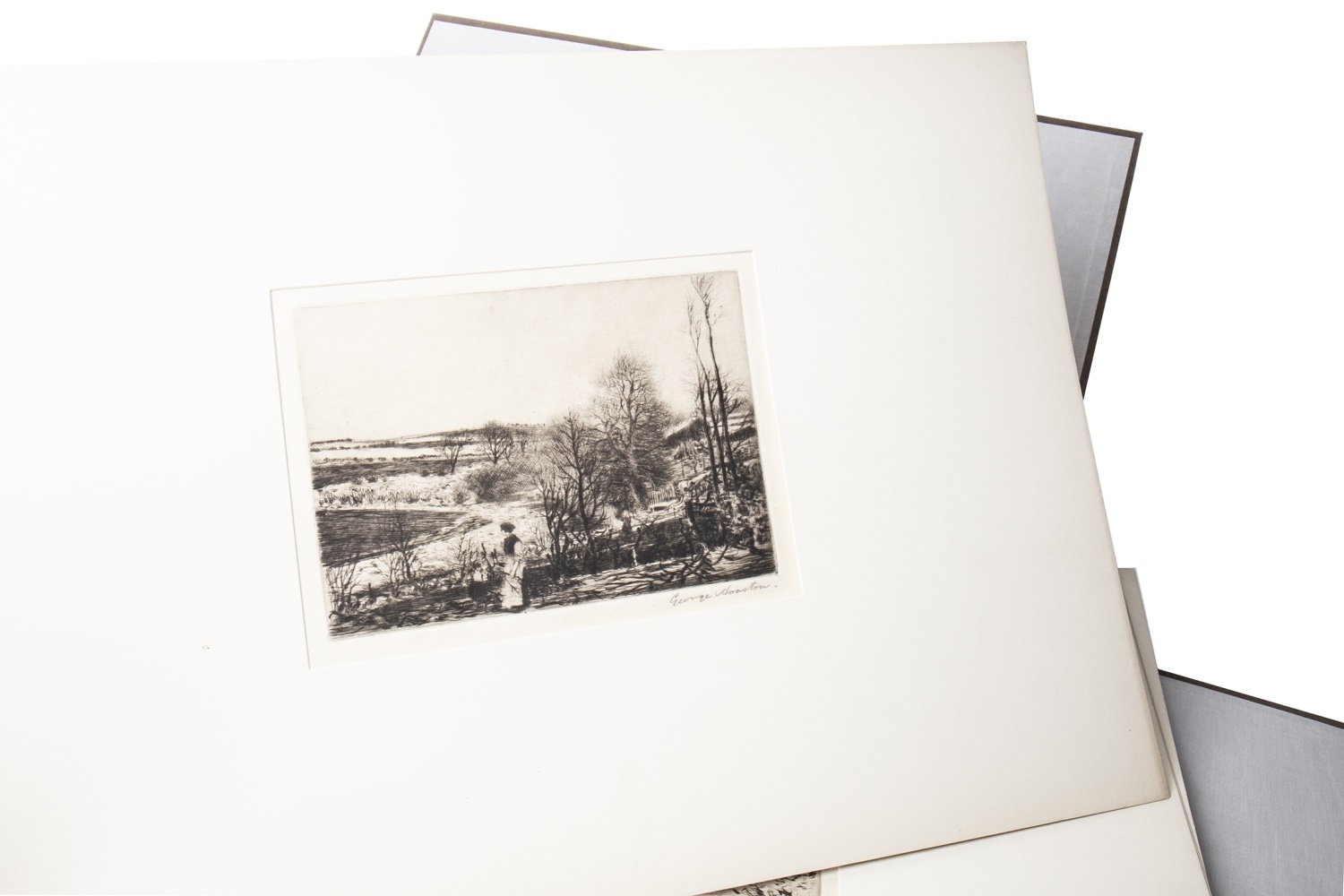 Like many Scottish artists, Houston capitalised on the growing trend for atmospheric scenes of the Scottish landscape and ventured into printmaking. Lot 720 in this month’s Paintings, Drawings and Prints Auction is an excellent example of the artist’s contribution to etching, and once again he has chosen to capture views in his beloved Ayrshire. Houston’s Twenty Etchings of Ayrshire carry an auction estimate of £100-150.