The recent heavy snow may have caused widespread disruption across the UK (and crucially, delayed the Rare & Collectable Whisky Auction at McTear’s by five days) but the results of the March auction were as reliable and successful as always: fierce bidding on a wide variety of desirable bottles with some incredible hammer prices achieved.

Macallan once again stole the show, with two bottles of Private Eye selling for £2800 and £3000 to a Taiwanese bidder – a remarkable sum for a bottle which was originally available for £35 in 1996. Three 50cl bottles of ‘Unfiltered Cask Strength’ Macallan left bidders in the room lost for words as they sold for a combined total of £6600, more than double the combined pre-auction estimate of £1900 – £2500. The 30-Year-Old Sherry Oak bottling with its distinctive blue label and box unsurprisingly performed well, with strong telephone bidding resulting in a final hammer price of £3400. 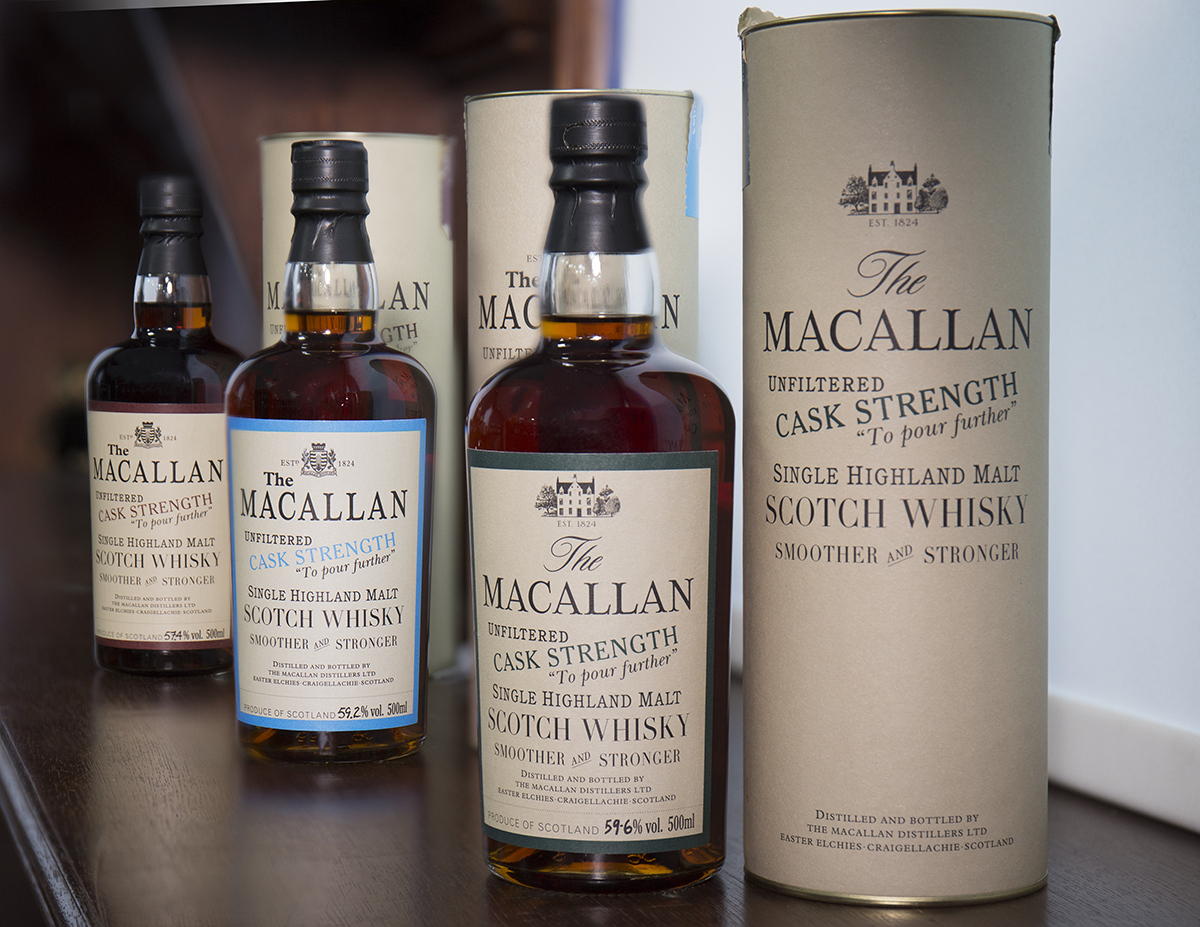 Other highlights were a heavily-sherried Laphroaig 1980 which sold to a US buyer for £2200, and a 30-year-old Dalmore which sold for £3800 to a London-based collector. One of only 50 decanters produced for the distillery’s 150th anniversary in 1989, the Dalmore was consigned with original documentation in relation to the anniversary dinner, including an invite, table plan and menu. On this occasion, McTear’s were delighted to ‘serve up’ a hammer price nearly double the pre-sale estimate!