From its establishment in 1834 to the present day, the spirit produced by the Macallan distillery has been held in the highest of regards, and the demand for this spirit has grown exponentially over the past decade.

McTear’s are thrilled to be able to offer over 120 lots of this marvellous spirit in the February 12 Rare & Fine Whisky Auction. 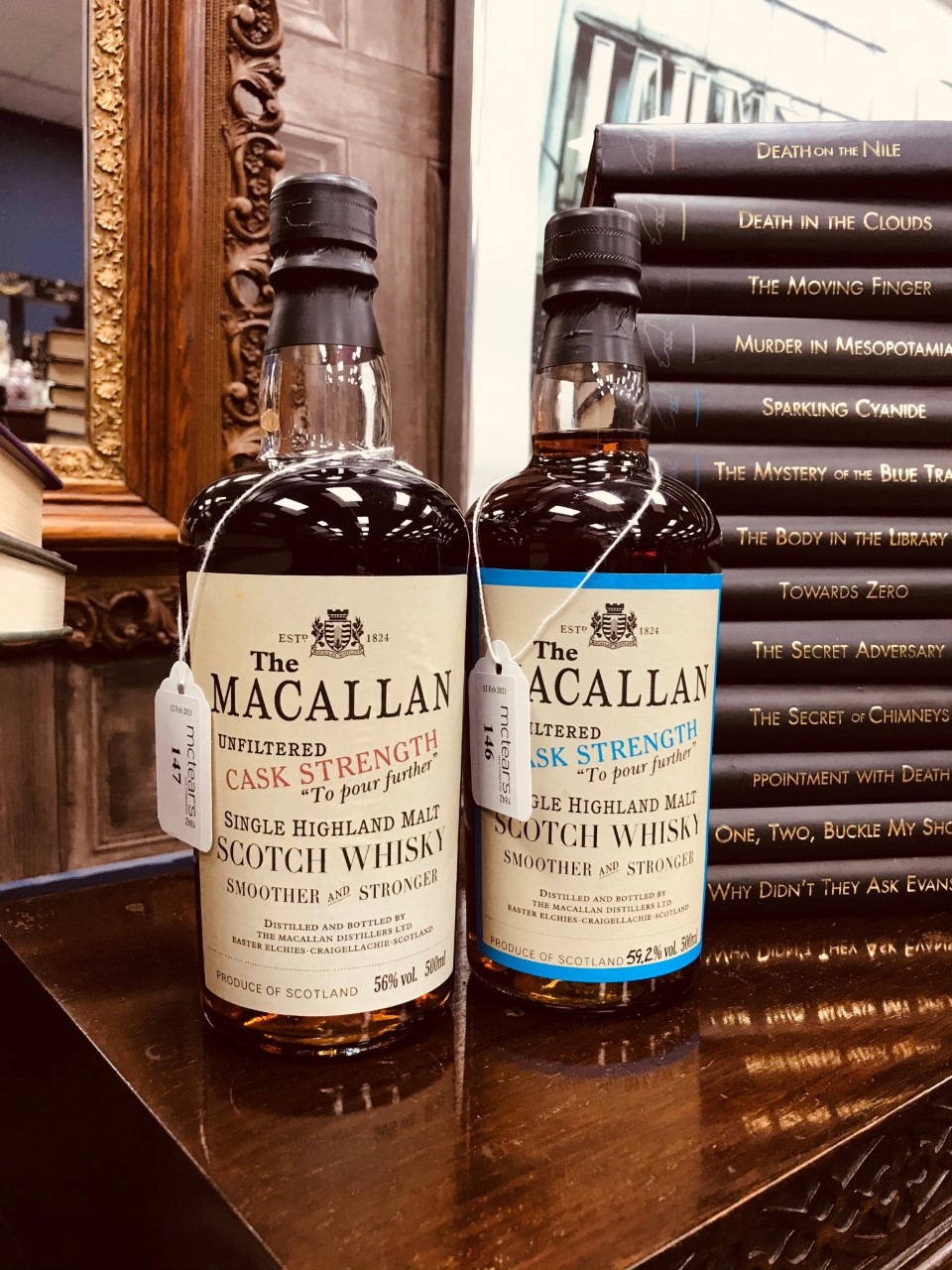 Lot 147 is the wonderful Macallan 1981 cask strength, matured in a single Fino sherry cask and bottled in 1999. Macallan rarely produced single cask bottlings under their own labelling’s. This is part of the series often referred to as the ‘Exceptional Casks’. With an estimate of £2000-£3000, it is sure to attract plenty of interest.

Alongside it is it’s younger but still impressive counterpart, the Macallan 1989 cask strength. This example was matured in an Oloroso sherry cask, and bottled March 2003, and is expected to sell for £900-£1300.