Did you know that the origins of marquetry date back as early as Ancient Egyptian times? Elaborate inlaid decoration graced boxes discovered within tombs dating from as early as The First Dynasty of Egypt. In fact, the exploration of later tombs, including that of Pharaoh Tutankhamun, uncovered pieces of furniture embellished with marquetry and parquetry.

In more recent times, the technique of using wood veneers to create decorative designs in furniture truly began to blossom from the 16th century, with fine marquetry often including intricate floral, foliate, animal or figural designs. This January, McTear’s is delighted to showcase various outstanding marquetry pieces in The Works of Art, Medals, Militaria & Furniture Auction. 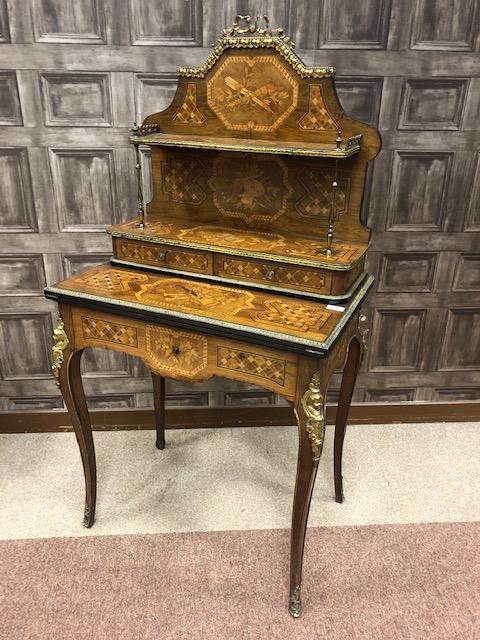 An especially beautiful example of marquetry furniture, an exquisite Victorian rosewood, walnut, marquetry and giltmetal Bonheur du Jour is offered at lot 1612. Featuring detailed designs illustrating musical instruments, hunting trophies, flowers and foliage, this intricate marquetry inlay celebrates a variety of wood colours and grain patterns to incredible aesthetic effect. Sure to attract interest when it goes under the hammer on Friday, this stunning piece is offered with an attractive auction estimate of £400-600. 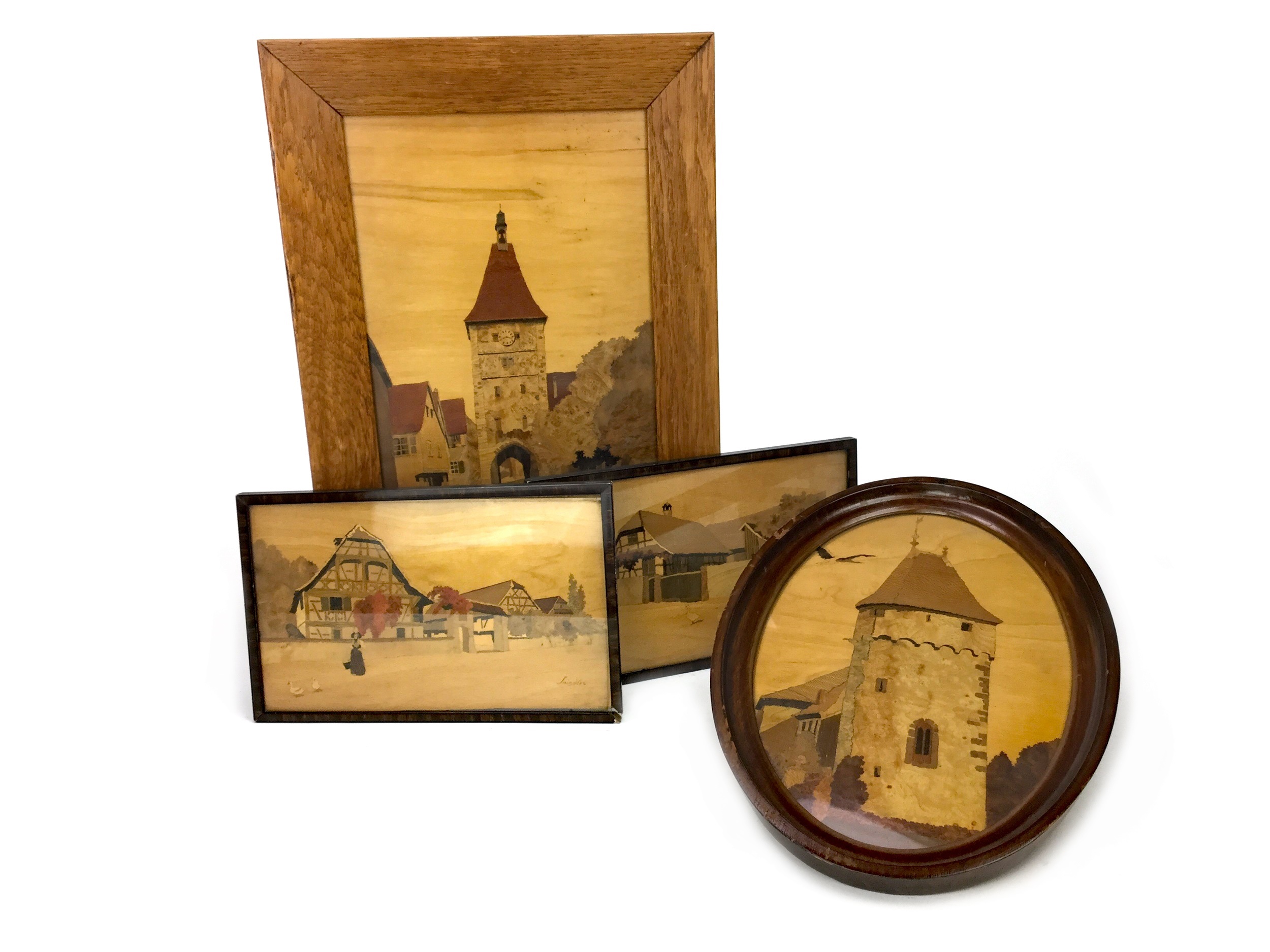 The late nineteenth century saw the revival of marquetry, and artists including Charles Spindler are created with the ‘rediscovery’ of the practice. Alsatian Spindler (1865- 1938) moved to create impressive pictures with wood in an art form that more closely resembled a painter than a cabinet maker, deftly depicting scenic landscapes from his native Alsace. Spindler used woods of various colours and grains to superb aesthetic effect, and today, his works exist in collections including that of The Victoria & Albert Museum in London. A lot of four marquetry panels, including three by Charles Spindler, feature at lot 1717 in The Works of Art Auction this month. 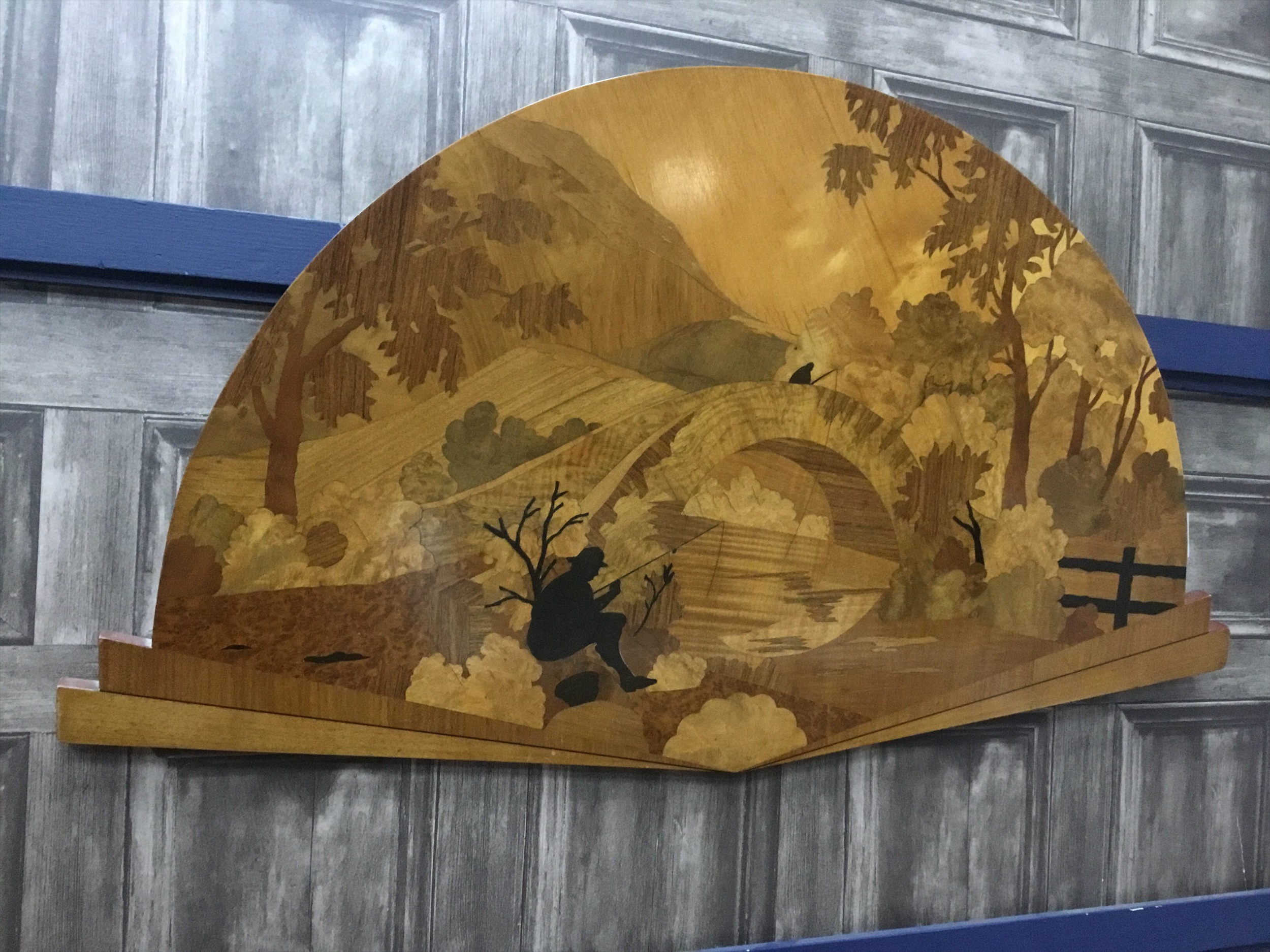 In a strong month for marquetry lovers, this auction also comprises an attractive Shadbolt semi-circular panel (lot 1719) and a pair of early 20th century Rowley Gallery marquetry and mirrored panels (1718). Another highlight is an enchanting intarsia panel depicting a woodland landscape by Franz Huth of Friedenau (1715).

Don’t miss the marque… the auction starts at 12pm on Friday 31 January.

Entries are invited for the next auction on 13th March. For a complimentary valuation contact Hannah Murphy on 0141 810 2880 or hannahmurphy@mctears.co.uk.