The tale of Mary Queen of Scots is a fascinating story of the Queen of Scotland which began when Mary was born on the 8th of December 1542.

The only legitimate surviving child of King James V of Scotland, Mary ascended to the throne when she was only six days old upon her father’s death. Most of Mary’s childhood was spent in France, whilst Scotland was ruled by regents, due to an agreement proposed by King Henry II of France that Mary would eventually marry his son, Dauphin Francis. On 4 April 1558, Mary signed a secret agreement bequeathing Scotland and her claim to England to the French crown if she died and twenty days later, she married the Dauphin at Notre Dame de Paris. When Henry II died in 1559, fifteen year old Francis and sixteen year old Mary became King and Queen of France. Upon her husband’s death in 1560 and now a widow, Mary returned to Scotland the following year. As a devout Catholic, she was regarded with suspicion by many of her subjects, as well as by her cousin Elizabeth I, the Queen of England. 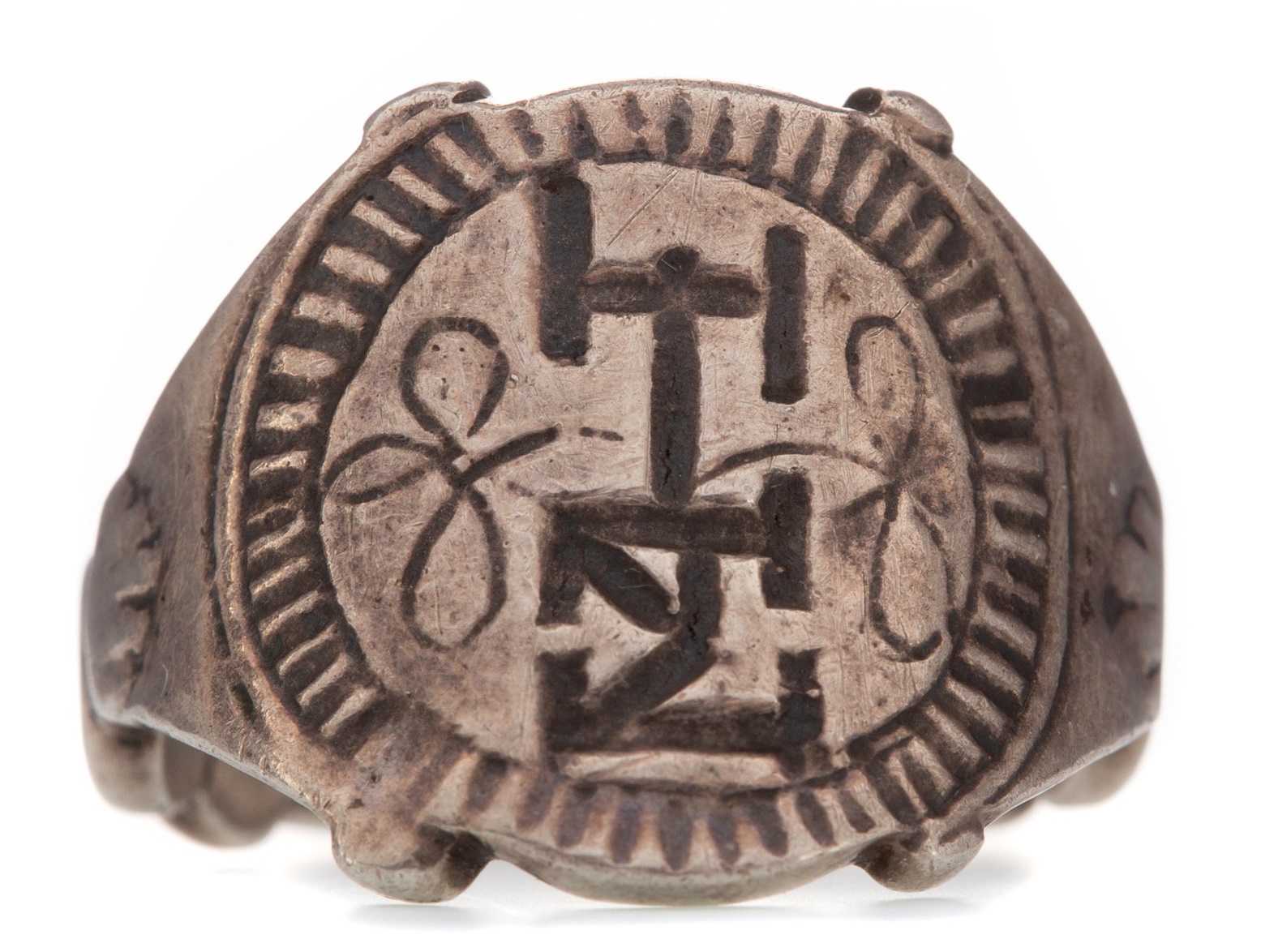 Mary then turned her attention to finding a new husband and in 1565, she married her half cousin, Henry Stewart, known as Lord Darnley, and they went on to have a son, James VI and I. In 1567, an explosion occurred at Darnley’s residence and he was found murdered, thought to have been smothered, in the garden. Lord Bothwell was believed to have orchestrated his murder however was later acquitted and after abducting her, married Mary a month later. Following an uprising against the couple, Mary was forced to abdicate the throne in favour of her son and fled to England to seek protection from the Queen. This began the journey of Mary’s well known imprisonment and eventual execution by her cousin, Queen Elizabeth at Fotheringhay Castle.

In 1820, a gold ring was found within the ruins of Fotheringhay Castle and was said to be the wedding ring of Mary, Queen of Scots and Lord Darnley. The bezel engraved with initials ‘M’ and ‘H’ and a true lover’s knot. The reverse engraved with the Royal Arms of Scotland, the lion rampant beneath a crown and the inscription ‘Henry. L’ Darnley’. This is now housed in the V&A museum in London and having witnessed this ring in person, I can attest that it is a thing of great beauty.

In more modern times and with wishes to commemorate the Young Queen, silver replicas of the Darnley ring began to surface. These rings have the same engravings and shape as the original and they are a sure fire way to strike up a conversation about the former Queen of Scotland. Featured as lot 418, a commemorative Darnley ring is estimated at £40 - £60. With a modest estimate, this tells the tale of an important part of Scottish history and one that will live on through commemorative items such as this.