The first British & Continental Ceramics & Glass of the year at McTear’s features over 140 lots, including three impressive glass sculptures from one of the most famous glassblowing centres of the world.

A city known for its beauty, canals, masks and palaces, Venice has a rich artistic history, and has long been celebrated for incredible artisan glass. Venetian glassmaking dates back to Roman times, and by the 13th century, high quality glass production was the main industry of the Italian city. In 1291, the hub of manufacture of Venetian glass relocated from central Venice, as with a ban on furnaces in central Venice, factories and artisans were forced to re-establish themselves across the lagoon. 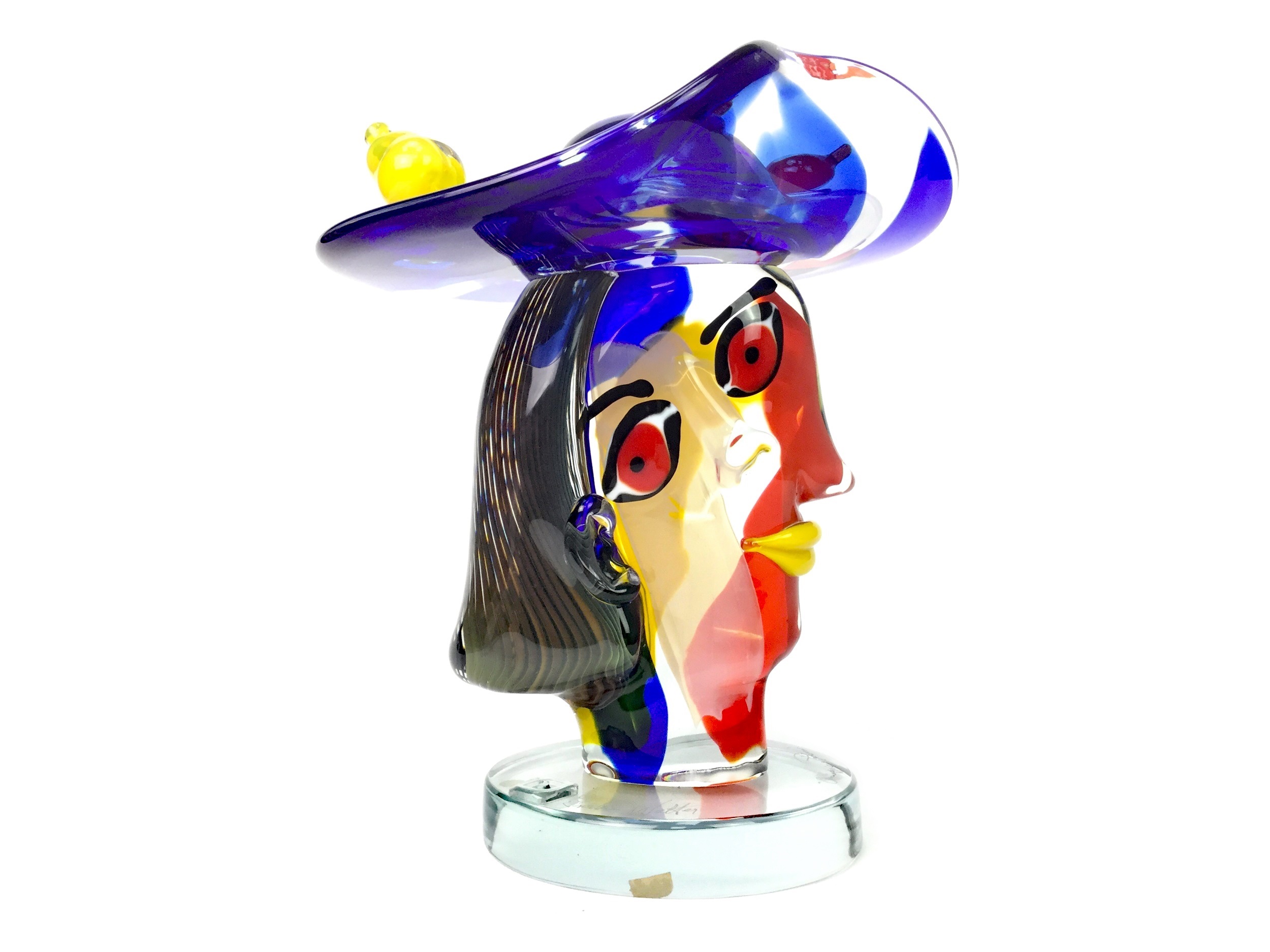 The small, nearby island of Murano – just a kilometre or so North of Venice – would soon be known as a world centre of glassmaking. Whilst the official explanation for this relocation centred upon protecting the population of Venice from the fire risk associated with furnaces, it is widely believed that other considerations inspired the decision. In fact, the relocation served to isolate glass makers and thus protect the trade secrets of the thriving Venetian glass industry. Whilst glassblowers were considered amongst the elite – enjoying social privileges and even immunity from prosecution – historians have suggested that these artisans were effectively rendered ‘prisoners’ on the island.

In the centuries that have passed since, the term ‘Murano glass’ has grown synonymous with vibrant, high quality glass art, and McTear’s are delighted to offer three such pieces in the upcoming Ceramics & Glass Auction. One piece which encapsulates the magnificence of Murano glass is ‘Omaggio a Picasso’, by Walter Furlan (lot 1212). Furlan, born near Venice in 1931, has long been inspired by artists such as Modigliani and Pablo Picasso, and his glass sculptures of these painters – together with his depictions of some of their works – are amongst his finest. This striking tribute to Picasso comes estimated at £800-1200.

The British & Continental Ceramics & Glass Auction at McTear’s will take place on Thursday 30 January. These three impressive sculptures are offered alongside ceramics and glass from across the continent, including Lalique, Moorcroft and Meissen, Royal Worcester, Royal Crown Derby, Royal Dux and Royal Doulton.