McTear's specialist Military Watches auction on 12 December was another triumph following the huge success of the September 2017 auction.

This is a niche market and most people who may have inherited military watches have no idea how valuable many of them are. As Watches Specialist Sarah Cotter commented "because military watches are usually stainless steel and not made of precious metals, many people are staggered when we tell them the value. Just because it's old and a bit tatty doesn't mean it's not significantly valuable.

Once again it was IWC military timepieces that dominated. These highly sought after watches are rare to auction and it was lot 804 that achieved the highest hammer selling to a UK phone bidder for £4200. Lot 806, another IWC, was not far behind going for £3800 and this was closely followed by lot 803 a Grana watch that achieved £2600. 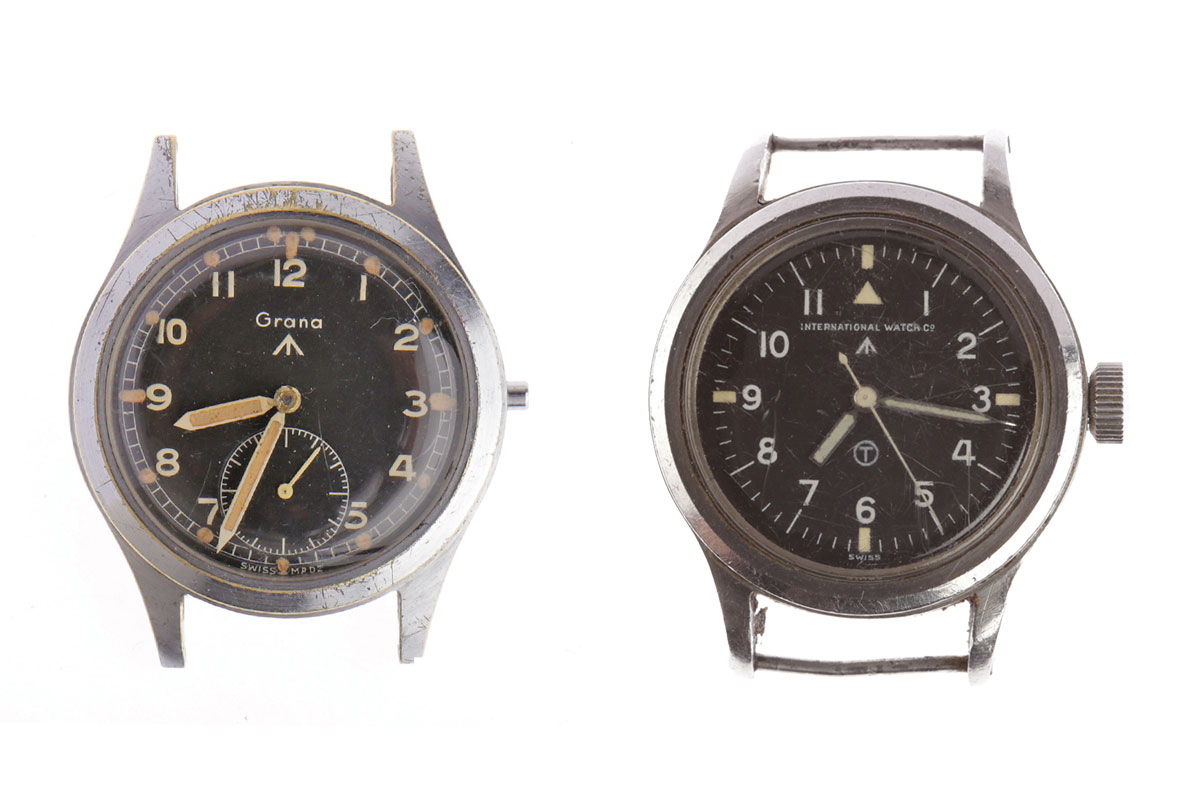 The difficulty in getting parts for military issue Watches was highlighted by the strong bidding on the phone and in the room for two lots of cases and parts – lots 798 and 802 sold for a combined £2400 hammer against estimates at a fraction of this total.

View all results from this auction >>

The next Military Watches auction takes place on 10 April 2018.  Entries are now invited >>