‘Look after the pennies and the pounds will look after themselves,’ the saying goes. In recent months, the pounds – in the form of historic Scottish Banknotes – have been looking after their vendors quite well too. The sale of five Scottish £1 notes dating from 1908 to 1918 sold by McTear’s in January of this year was one that covered extensively by the UK press. The group, consisting of notes issued by The Commercial Bank of Scotland, sold for £10,200 including buyers’ premium, a record for the sale of any banknotes by McTear’s in the dedicated six-weekly auctions. 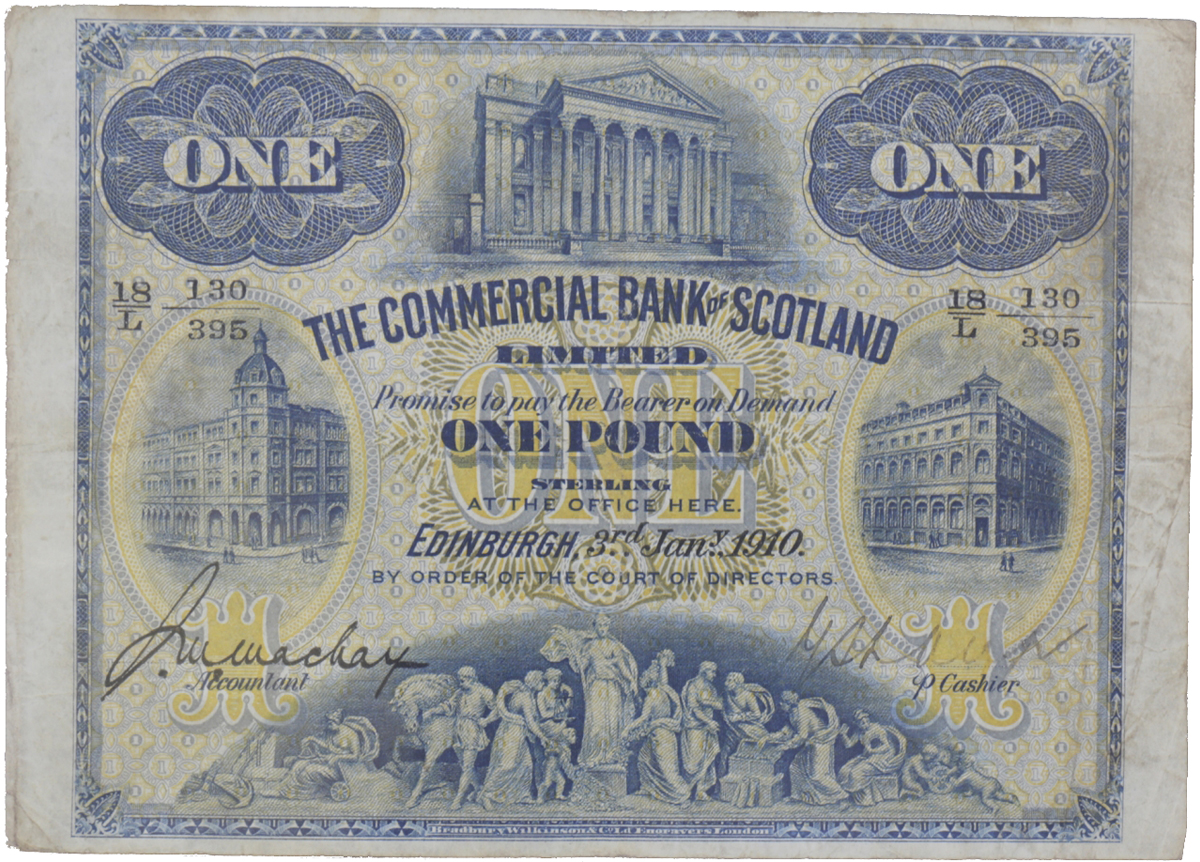 Rarity plays an important role in the desirability of a given banknote, as it does across all areas of collected objects. With a three hundred year history, notes issued by The Bank of Scotland are highly collectable along with those by The Commercial Bank of Scotland of course. Those of most value date to around 1930 and before, and perhaps obviously, the higher a given note’s face value at the time of issue, the higher the potential auction value.

Valuers at McTear’s, particularly in the Jewellery, Watches & Coins Dept are regularly asked for advice on buying items for investment purposes. It would seem, however, that in some cases, money itself could well be the best option.