The Omega Speedmaster in all its iterations has become a very famous and desirable timepiece over the last 50 years. From the first Speedmaster made in 1957 right up to current production, this watch is one of Omega’s most important lines. It was of course tested by NASA for use in space in the early 1960s and was chosen above others including Rolex and Breitling to be used in missions. 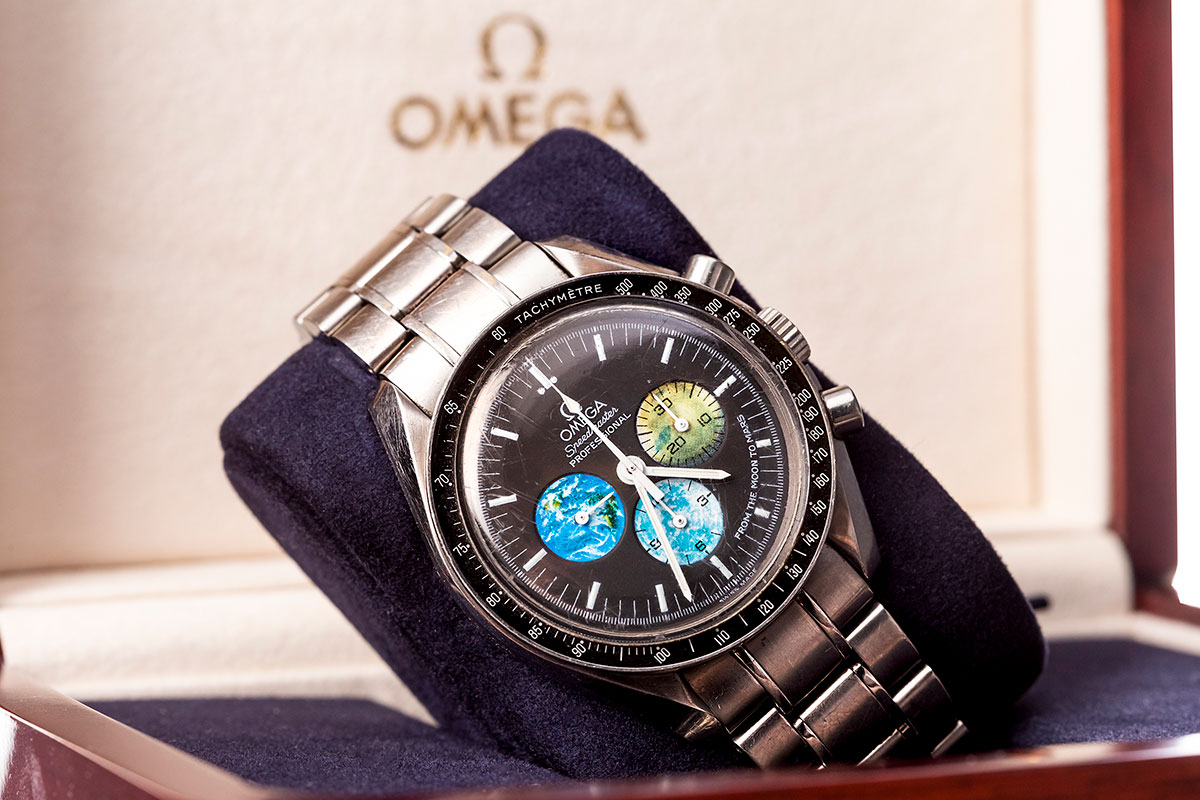 McTear’s was proud to sell a very rare early 1960s example in 2016 for £48,000, one that had a prototype dial that should have never reached retail. More recently there have been many special editions of the watch produced, from one with a Tintin pattern to the dial to the Moon to Mars edition. Produced in relatively small numbers and for a relatively short amount of time, like all Speedmasters, this watch has a very strong second-hand market. In The Watches Auction on 18 December lot 799 is one such piece. With the connoisseur-endorsed faded dial (Mars is not red but a pale green and the moon a bluish tone) this is definitely one for the collector.