This March at McTear’s, the Clocks, Scientific & Musical Instruments Auction features more than one impressive musical instrument. And in fact, a few have a tale or two to tell… 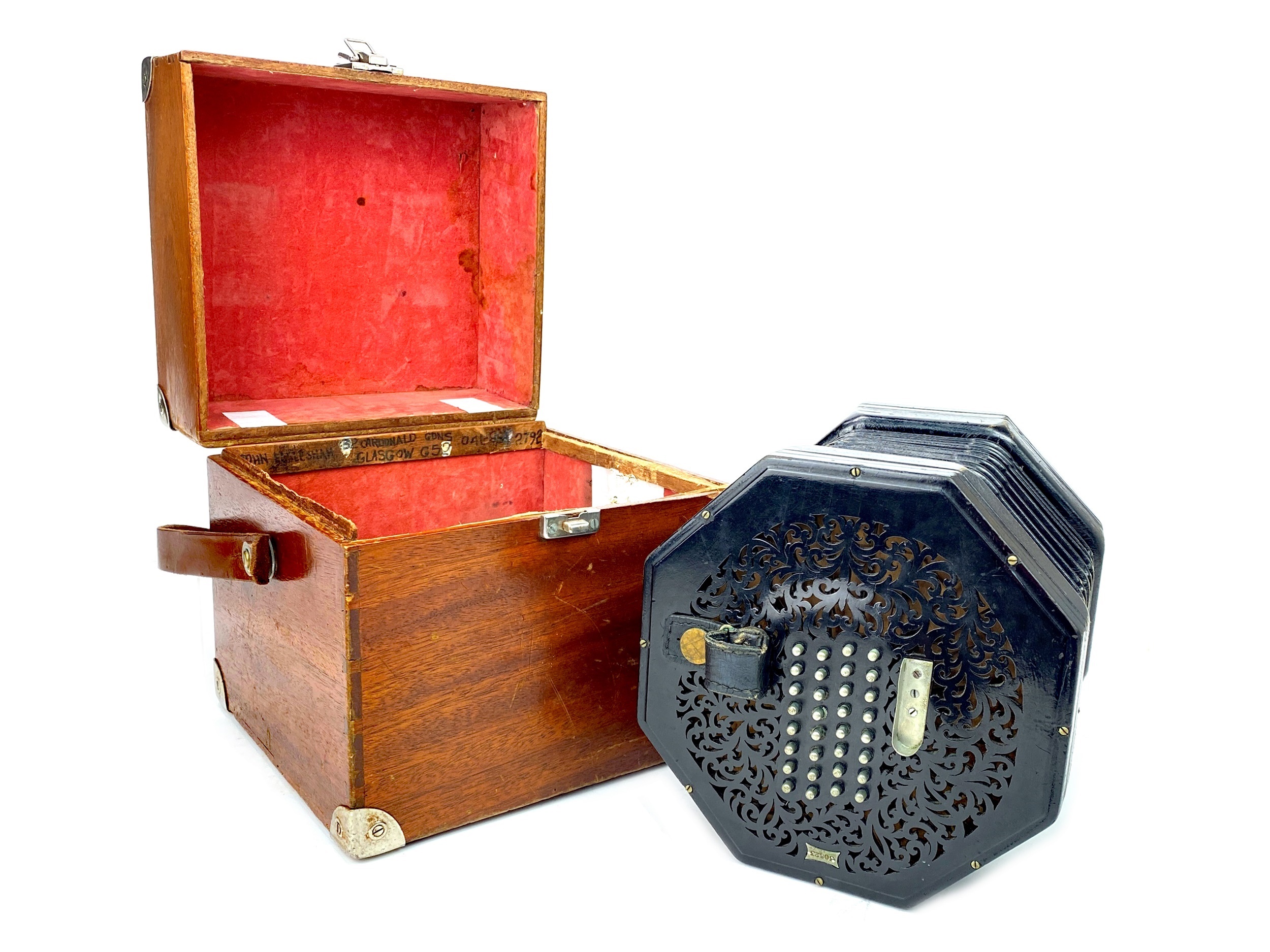 Amongst the interesting instruments which will go under the hammer on 13 March are two impressive Wheatstone concertinas which were formerly owned by the late Scottish singer, songwriter and concertina player John (Jack) Eaglesham (1938-2014). Eaglesham was at the heart of 1970s Scottish folk band The Clutha, described as ‘the finest folk group in Scotland’ of the time. The sound of Eaglesham’s concertina was a key ingredient in the cocktail of voices and fiddles which composed the signature sound of the band. These fine concertinas can even be spotted in The Clutha album artwork and in photos of the band on stage! 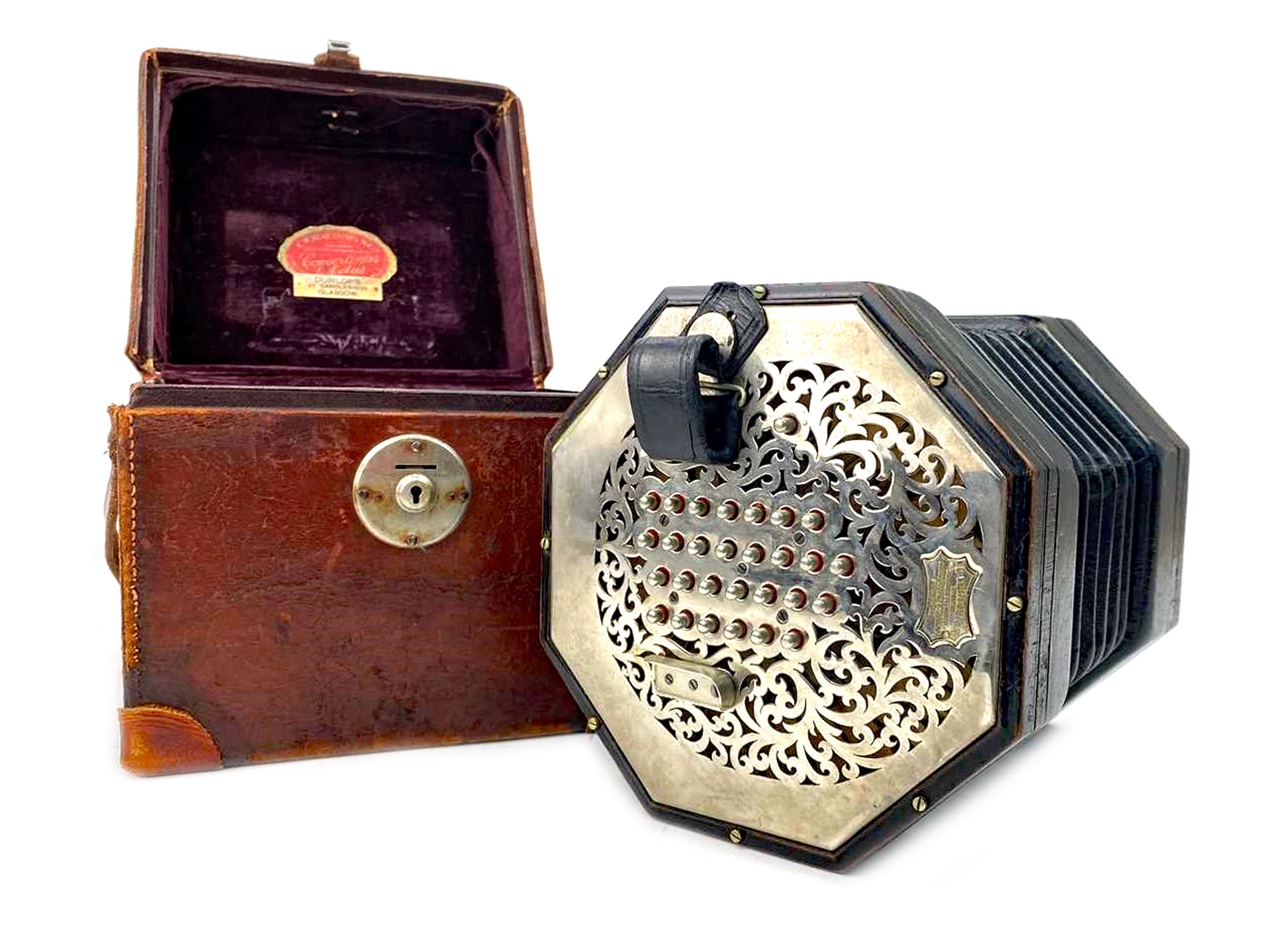 Once treasured by the late musician, an impressive Wheatstone 64 key concertina is offered for sale at lot 1175 in The Clocks, Scientific & Musical Instruments Auction at McTear’s this March. This comes in carry case, with an auction estimate of £5,000-7,000. A second concertina, this a Wheatstone 56 key example, is offered with an estimate of £2,500-3,500 (lot 1174).

If concertina’s aren’t your forte, these are just two of the incredible instruments in the auction on 13 March! View the full catalogue now, there’s sure to be something that'll sounds just right.