More than the 'bear' necessities

Ask anyone for their first association with Germany and they may well say ‘The Black Forest’; however, it is actually the picture-perfect village of Brienz in central Switzerland that produced the wonderful carvings that have come to define our image of Der Schwarzwald.

What started as a cottage industry in the early 1800s became an entire community of highly skilled artisans producing fine quality carvings in the indigenous lindelwood for the great and the good of 19th century society. 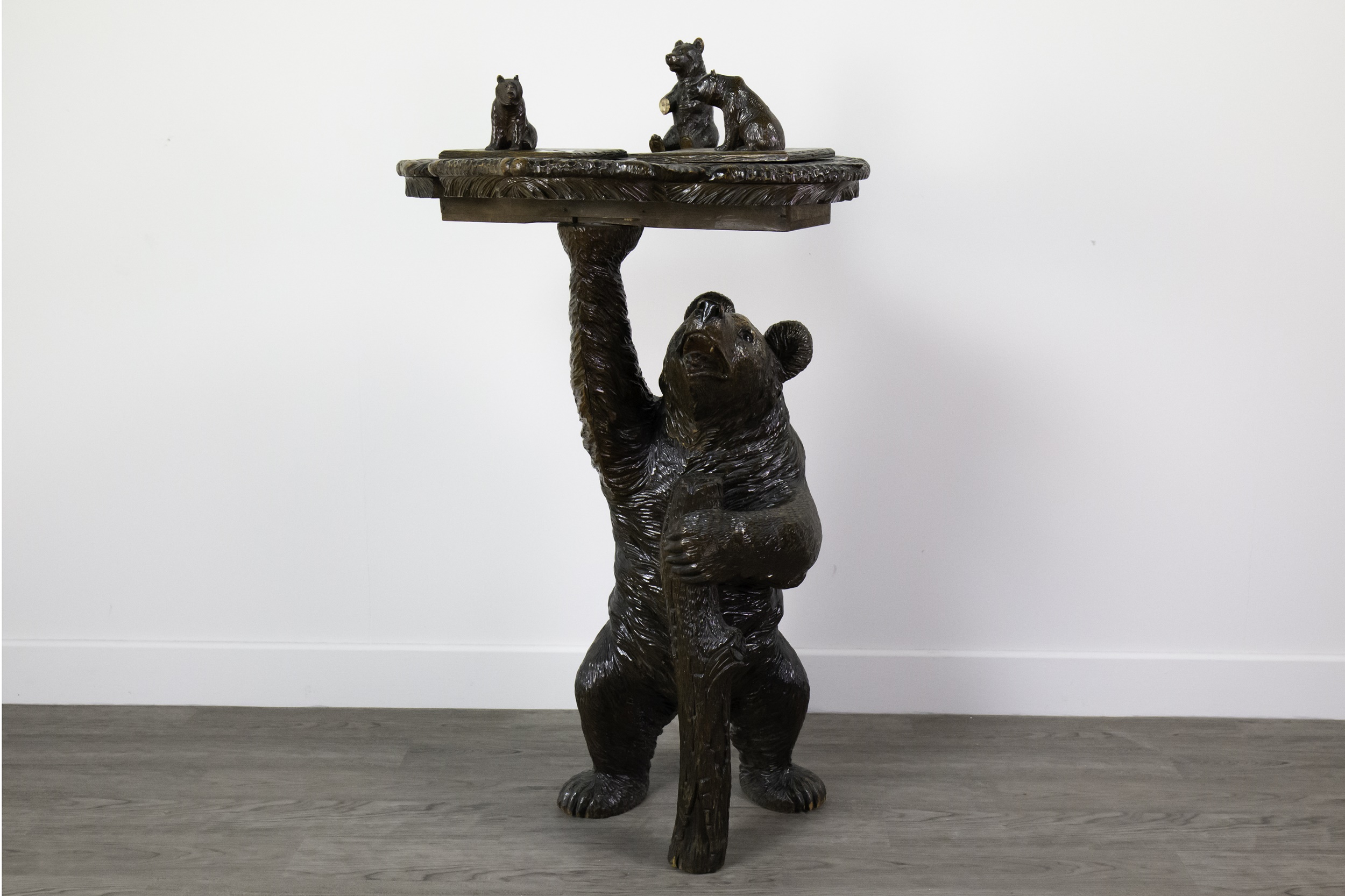 These whimsical creations, often centred on the iconic bear in various poses and activities, came to international awareness at the London Great Exhibition of 1851, the Chicago World Fair of 1893 and the Paris Exposition Universelle of 1900.  As the ultimate symbols of luxury, they became a ‘must-have’ for both European aristocracy and the newly wealthy American industrialists and are now often found in elite collections and institutions across the world. 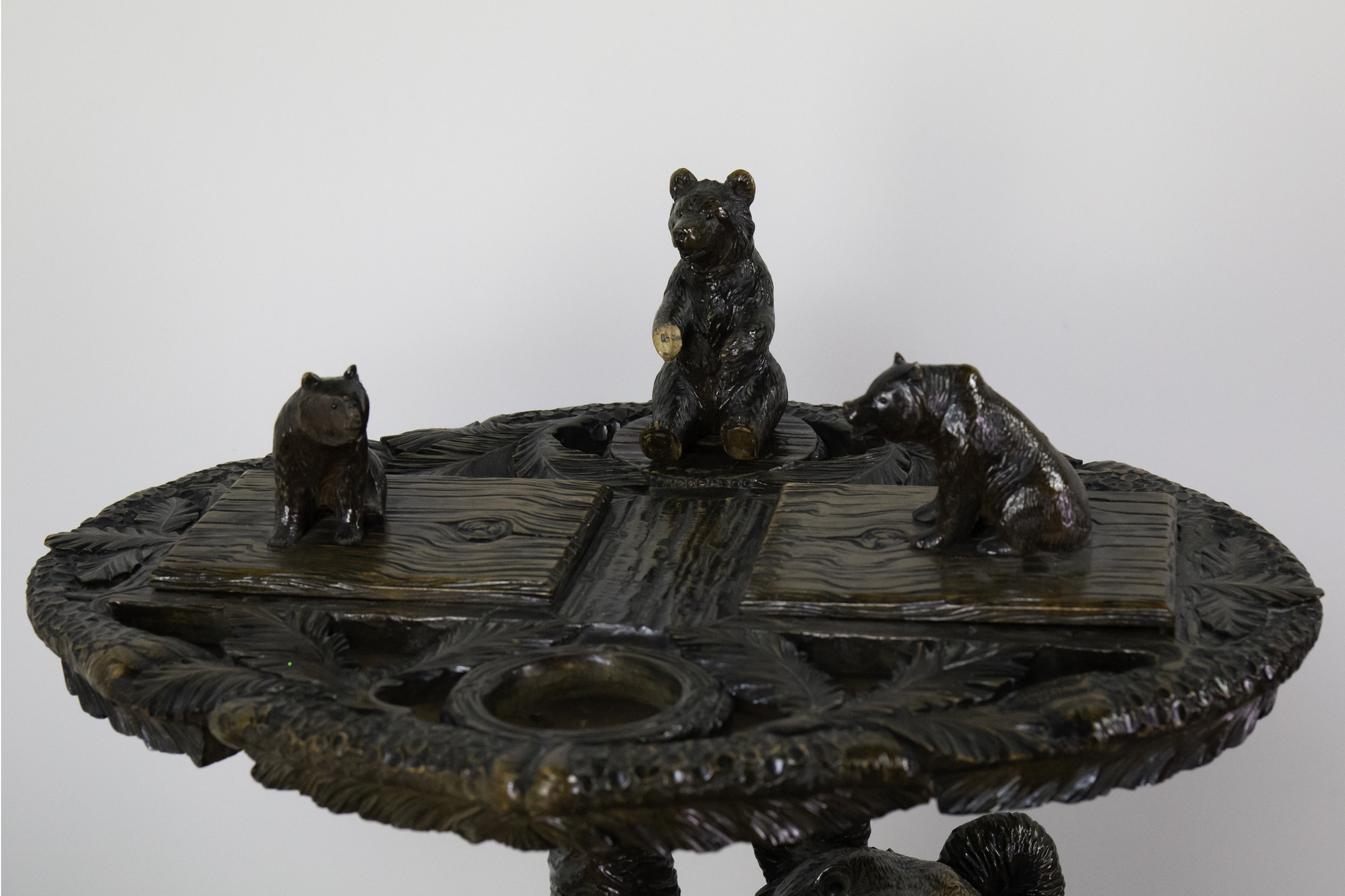 As such, you can imagine our excitement when a fine smoking stand was consigned by a private vendor unaware of its significance. Produced circa 1890, the central column is modelled as, of course, a bear clutching a trunk supporting a pierced oval top housing two lidded compartments complete with bear handles and a further bear surmount.

The piece displays the highest quality craftsmanship with the anonymous carver putting indelible character into his ursine subjects; with smoking very much de rigeur at the time, this stand would have been highly coveted.

While smoking might have passed from fashion, Black Forest carvings are proving as popular as ever with a public still entranced by the rustic charm of their subjects and technical prowess of the artisans who produced them.

Don't miss him in The Works of Art & Furniture Auction, 4 November.

Needless to say, we can ‘bearly’ wait...

You can place a bid on this lot now >>