Mortality and the Sea | The Monumental Work of John Bellany

This month we are delighted to offer for sale in this month’s Scottish Contemporary Art Auction a monumental piece by one of Scotland’s most important contemporary artists, John Bellany (1942-2013).

For Bellany, the human figure remained a central figure in his art. Born in Port Seaton, his fascination with his lineage and the fishing community was reflected in many of his earlier works, but whatever the period his compositions are instantly recognisable as his. 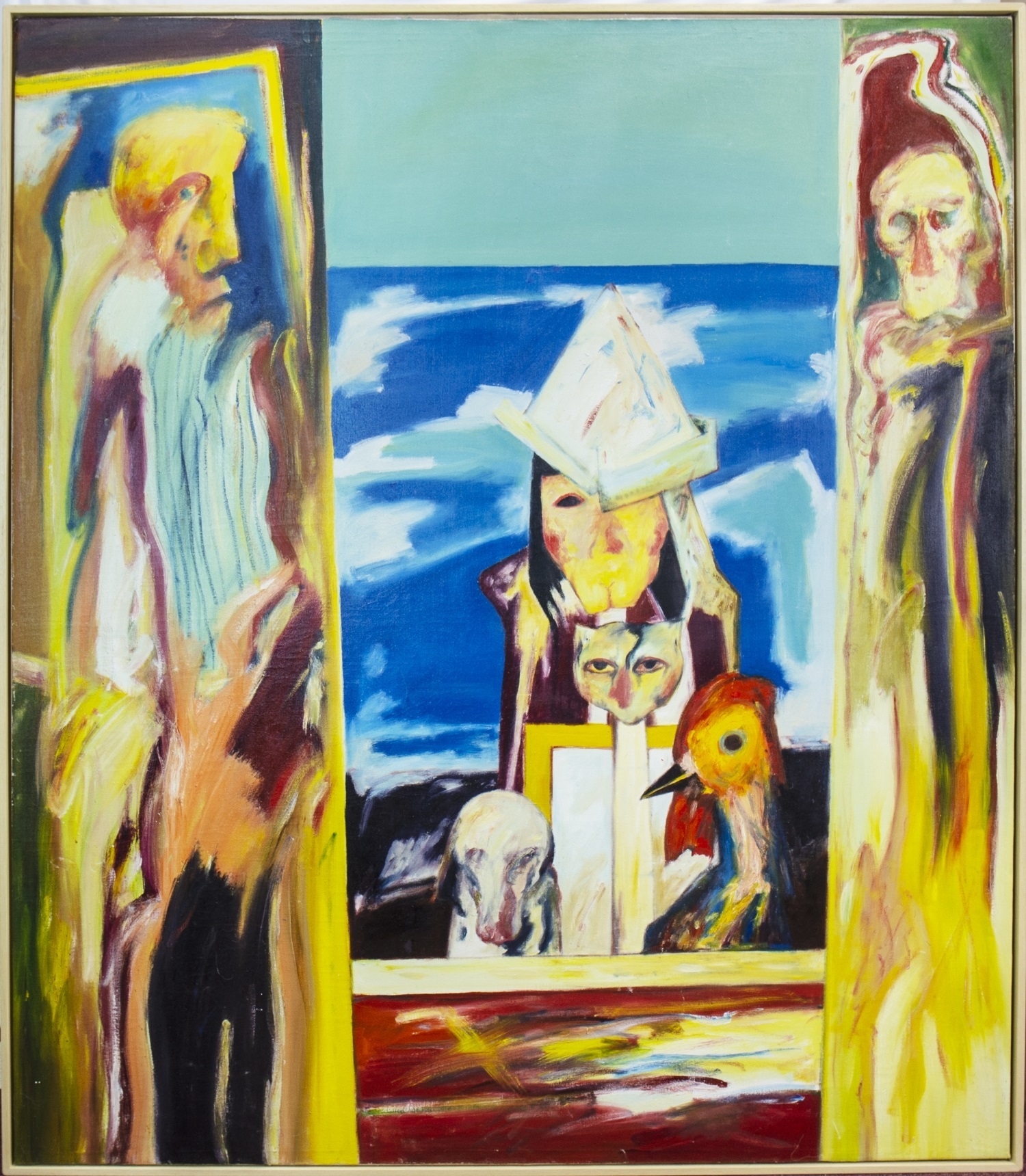 ‘Sea People’ is thought to date from the mid-1970s when Bellany began to slowly move into abstraction and away from the earlier realist work. Although inscribed ‘1980’ to the reverse, the central section flanked by side wings on either side are elements which characterised a number of Bellany’s works during the mid to late-1970s. One such example forms part of the Government Art Collection in London, which is also titled ‘Sea People’ and dates from 1976.

Lot 522 has all the classic elements of a Bellany. The central focus is the figures on a boat, whilst ancestral figures on either side watch over their journey out to sea. The overarching mythological theme centres on the journey through life, the idea being that to return to the sea is to die. An array of animals such as dogs, birds and cats were reoccurring characters in Bellany’s work, each of which represented an elusive symbolic theme, ranging from death, carnal desire and matrimonial fidelity.

In these monumental works, Bellany reflected on the universal human condition and in each canvas he weaves his own deeply personal fears and beliefs into the composition to create a haunting and in this case, imposing piece. Lot 522 carries an estimate of £10,000-15,000 and would be an outstanding addition to any Bellany collector’s home.

McTear’s have consistently achieved strong hammer prices for Bellany’s work over the last few years - our last Scottish Contemporary Art Auction yielded hammers of £2,000 for a pencil drawing (lot 673), £1,200 for a watercolour (lot 588) and £5,200 for an oil of a harbour scene (lot 520).