Whisky is big business, and whisky companies will swap or trade casks with other whisky companies on a fairly regular basis. Usually, these casks are used for the production of blends, so, for example, Diageo might purchase casks from Edrington to use in their Johnnie Walker blend, while Edrington might purchase casks from Diageo to use in their Famous Grouse blend. This is almost always done in order to achieve a certain flavour profile, and although not discussed too often by the whisky companies themselves, it is in no way a bad thing. 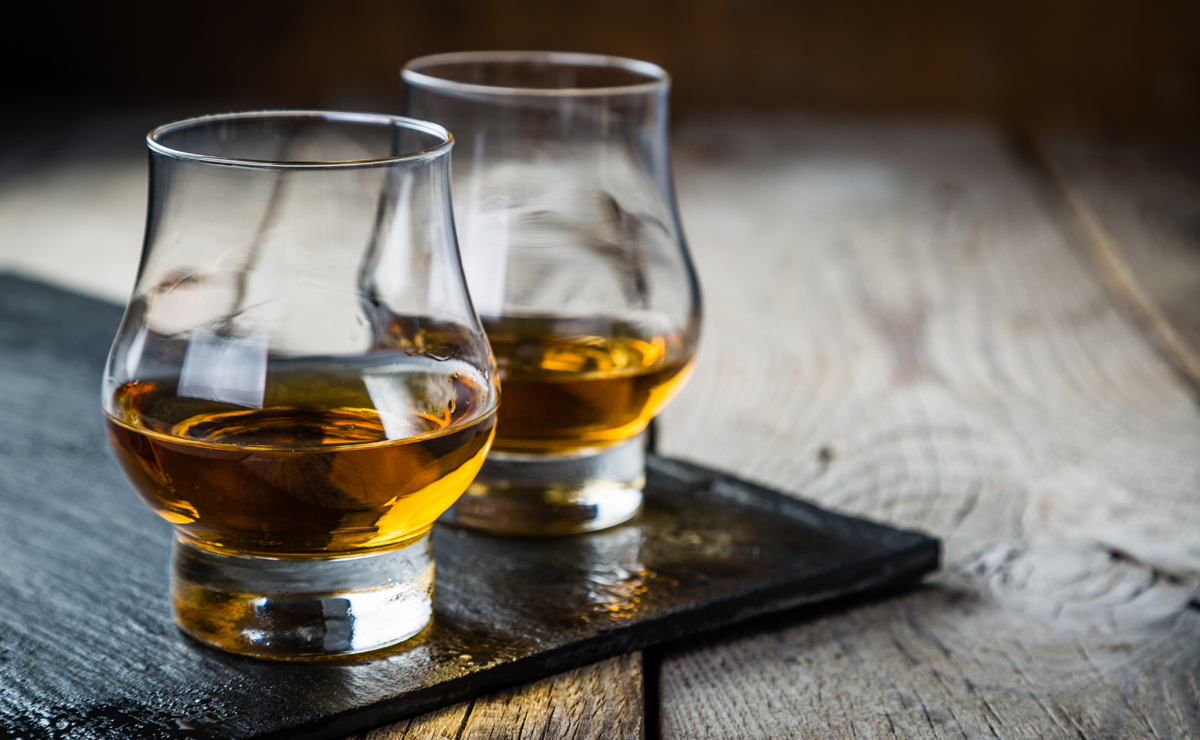 Likewise, independent bottling companies (such as Gordon & MacPhail, Signatory, Douglas Laing etc) will purchase casks directly from distilleries to bottle under their own label. This can be a good source of income for the whisky companies, particularly if they have low-quality casks that they may not want to release as an official bottling. Understandably then, some distilleries are happy to sell their casks to a third party, but in relinquishing some control of their brand they may stipulate that the bottler does not reveal which distillery it is from. Below are a few examples, some more mysterious than others.

Glen Marnoch – effectively a name for Aldi’s range of single malts. There are Speyside, Highland and Islay variants of Glen Marnoch, meaning that the whisky will be sourced from more than one distillery. Rumours suggest that Glen Moray, Dalmore and/or GlenDronach may be used.

Smokehead – an Islay single malt produced by Ian Macleod Distillers. One discussion on an online whisky forum helpfully narrowed it down to five distilleries: Lagavulin, Caol Ila, Ardbeg, Bruichladdich or (according to one deluded contributor) Talisker. I think it is safe to rule out the last option, given that Talisker distillery is on Skye, not Islay…

Burnside – not technically a single malt, but a ‘teaspooned’ blended malt. In this case, it is a cask of Balvenie blended with a tiny, tiny amount of Glenfiddich, meaning that it cannot legally be labelled as a Balvenie.

Leapfrog – a name used for a period by independent bottlers Murray McDavid to refer to their bottlings of Laphroaig.

ZDFbeg – a German bottling of an Islay single malt. ZDF is a German TV broadcaster, with one of its major competitors being ARD. Rumours are that this bottling is an Ardbeg, but who can say for sure?

anCnoc – a fairly well-established single malt brand, but the name of the distillery is Knockdhu. The re-branding from Knockdhu to anCnoc took place in the early 1990s to avoid confusion with Speyside distillery Knockando.

These are just a few examples of ‘mystery malts’, with many being much less obvious. Indeed, the likes of Glen Avon, Finlaggan and Pride of Strathspey are still unknown and continue to generate furious debate amongst whisky drinkers.

McTear’s sells more whisky than any other traditional auction house in their dedicated whisky auctions, which run concurrently live online on a platform that attracts six million visitors annually from over 120 countries worldwide.