Billy Connelly, who is undoubtedly a national icon, has been at the forefront of comedy since the 1970’s, before which he was a singer in the Humblebums alongside Gerry Rafferty. He was born in 1942 in Anderston, Glasgow, and as a teenager he followed the path of many young Glaswegian men by in the Glasgow shipyards, training as a welder.

Towards the beginning of his comedy career, it was common place that the half time ice cream sellers at his concerts would also sell a ‘Nippy Sweetie’. These miniature whiskies depicted the ‘Big Yin’ on the label, were produced by Douglas Laing & Co, who are a Glasgow based bottler. In 2016 Douglas Laing donated their last remaining miniature of Nippy Sweetie to Glasgow People’s Palace, which was hosting a Billy Connelly exhibition at the time. 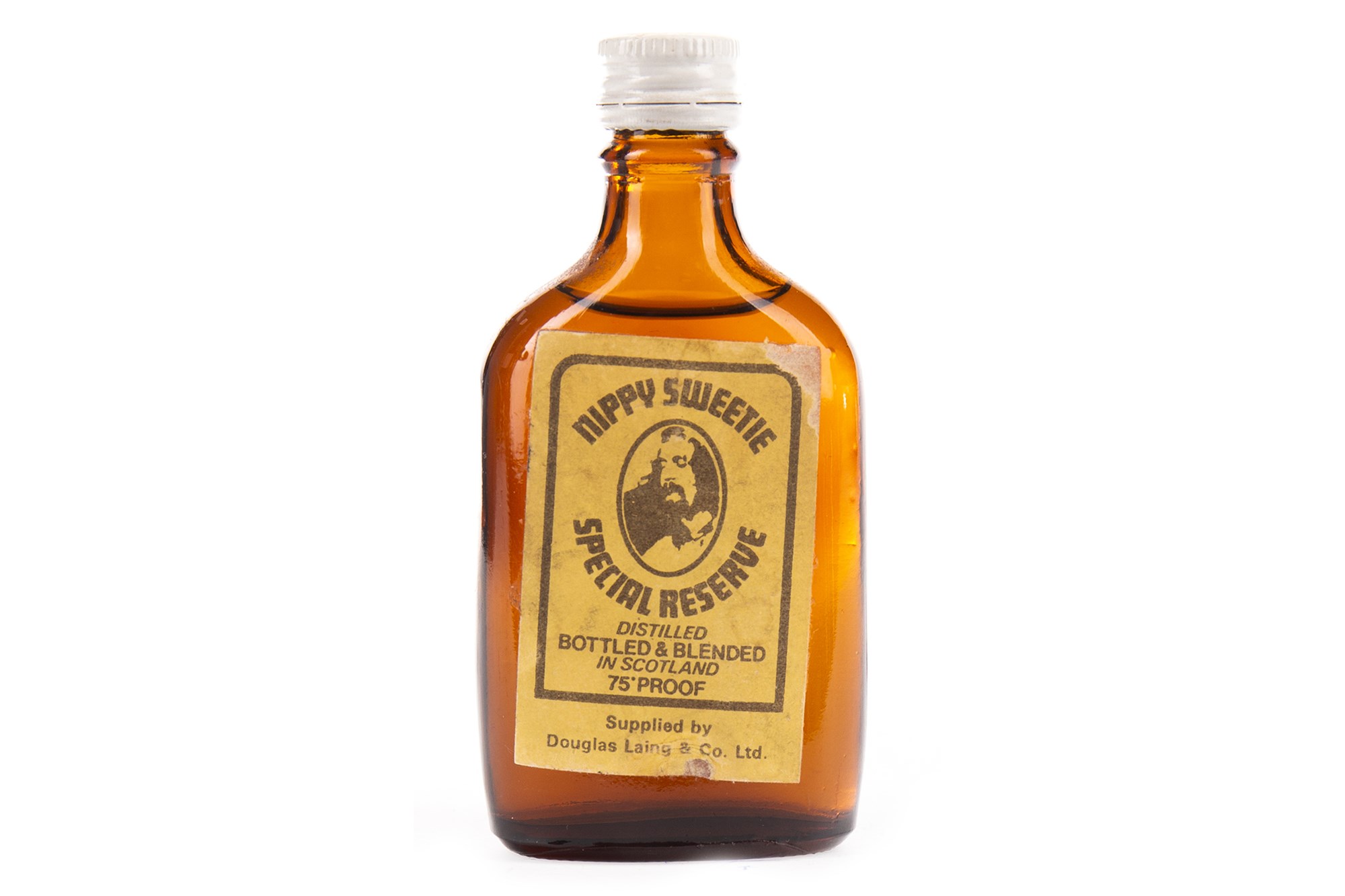 Lot 49 in the Rare & Fine whisky sale at McTears on March 1 is one of the incredibly rare aforementioned miniatures, bought at a performance in Newcastle during the mid-1970s.