Mystery Clocks are given their name due to the ‘mystery’ surrounding their movement. The upcoming Clocks, Scientific & Musical Instruments Auction at McTear’s on 8 June features a fantastic Victorian figural revolving globe mystery night clock. The exquisite clock (lot 1443) is in the form of a spelter figure of a young male seventeenth-century courtier holding a staff on top of which the spherical timepiece sits. The opaque glass shade in which a lamp would be contained is hand painted with Roman numerals allowing light to highlight the time hence the reference to night time. 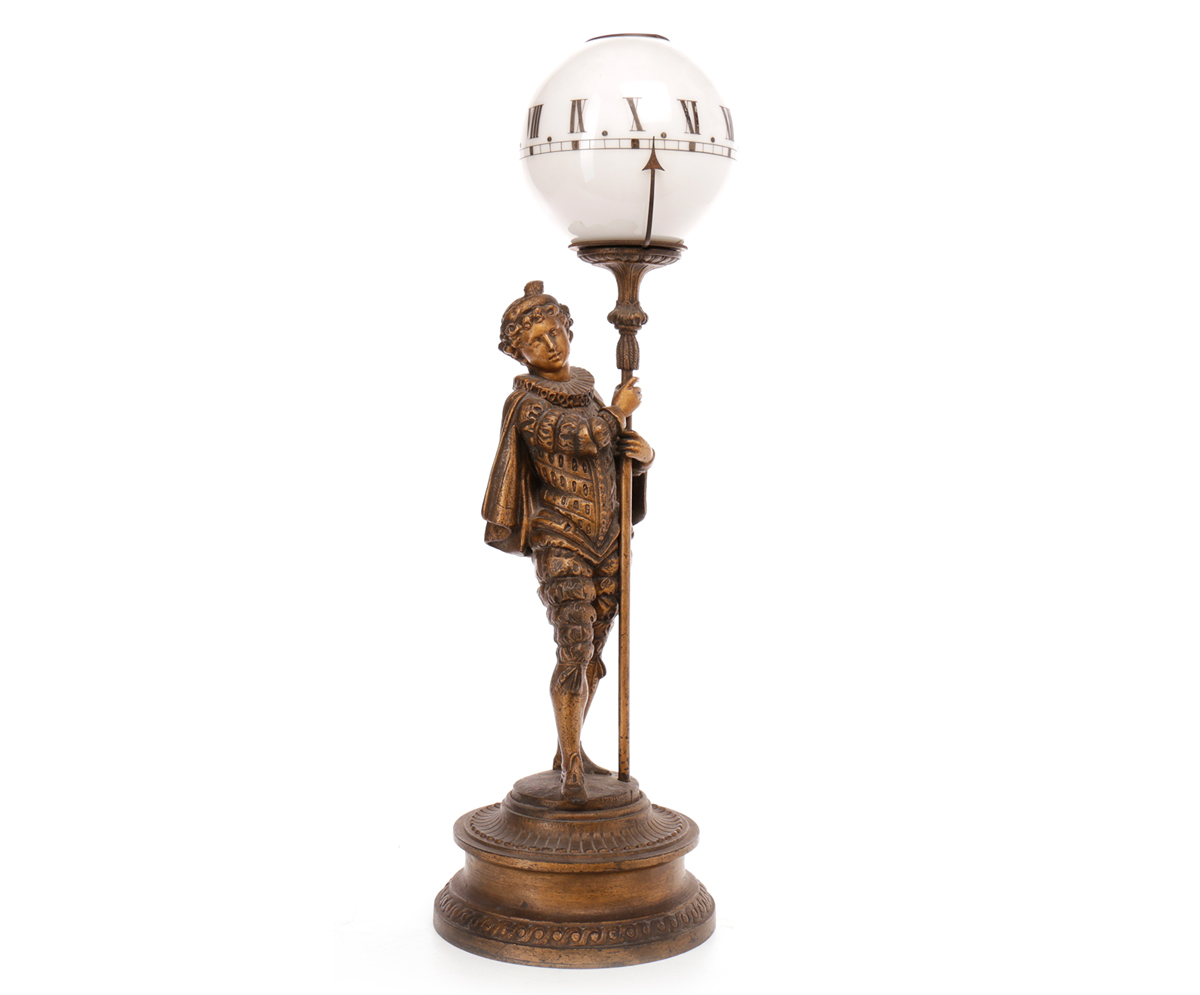 The earliest mystery clocks date back to the seventeenth century but they became popular in France towards the end of the nineteenth century. Former watchmaker Jean Robert-Houdin (after whom the famous magician Harry Houdini named himself) presented a mystery clock to French audiences in the late nineteenth century as a magic trick. Their lack of visible mechanism visible was miraculous to viewers at this time who were not used to this intriguing design.

These clocks were typically spring driven and sometimes a pendulum was added for decorative purposes, usually held by a figure with the movement contained in the base and therefore hidden from view.  Each impulse of the escapement caused the figure to rotate virtually imperceptibly to the right and left, and this rotating movement also helped the pendulum to swing. Other designs featured a glass dial supported with a column – the dial kept the time without any visible connection to the movement.

The mystery clock at McTear’s is estimated at £200–300. With a detailed figure and a strikingly unusual dial, it is a fine example of the famous mystery clock that startled viewers in the nineteenth century. Clocks have an intrinsic value due to their complex and intriguing mechanisms that still remain interesting today and lot 1443 heightens this magic to the contemporary viewer due to the secrecy of their mechanism.

The Clocks, Scientific & Musical Instruments Auction features timepieces of all types – from grand grandfathers to elegant enamel pieces – and instruments including sextants, military and medical pieces, as well as musical instruments and cameras.

Dedicated auctions of clocks and instruments are held every six weeks.