One in a million?

For the dedicated watch collector, one of the brands on their wish list, and in their existing collection, will be Rolex. For the connoisseur, rarity is a key criterion. At present Rolex produce around 800,000 watches each year, so can we call them rare? ‘A’ Rolex might not be, but a few of them certainly are. In enthusiast circles, the Submariner is a watch that is considered to be one of the most significant of all time. 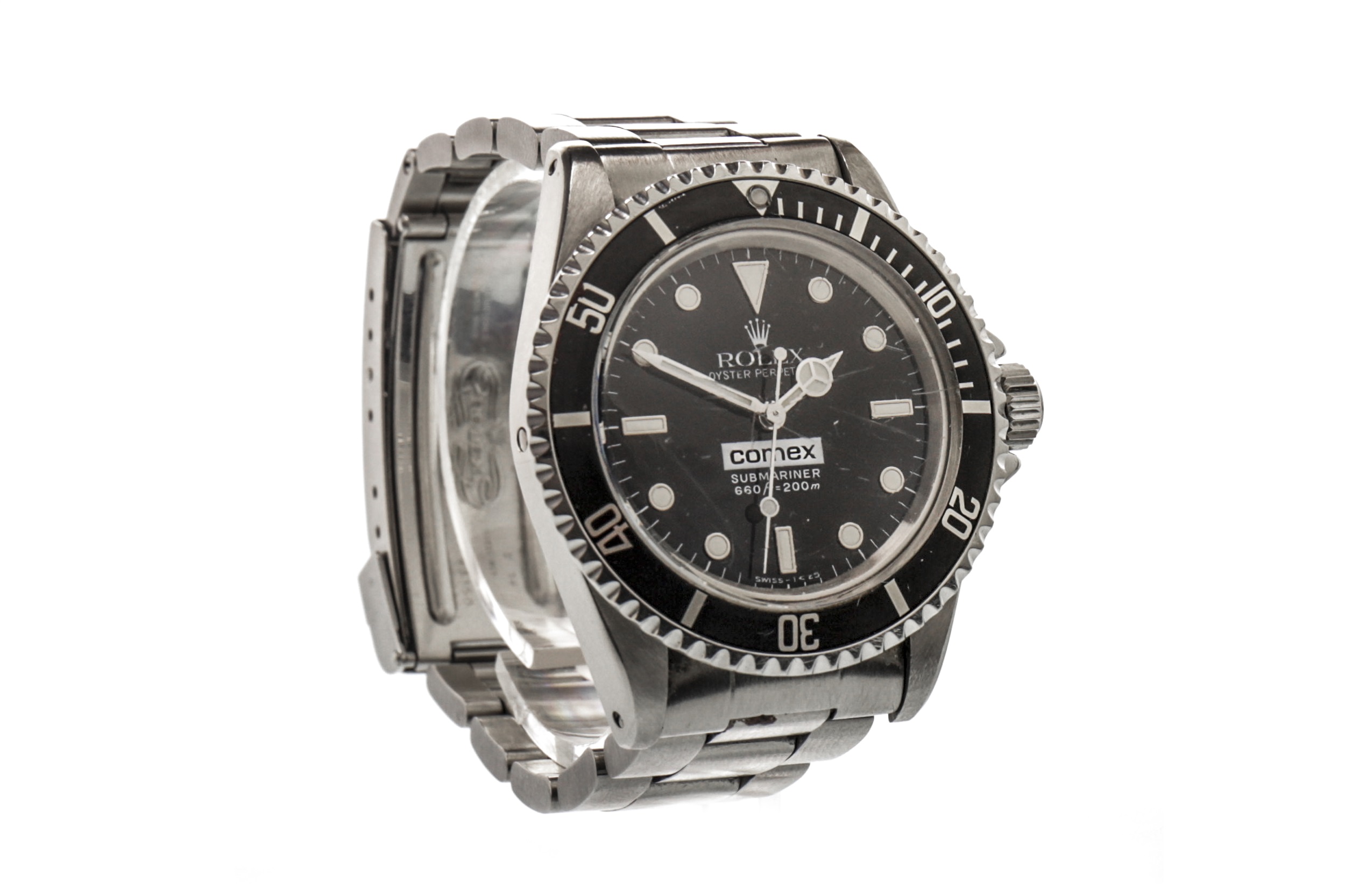 Hitting the market in the early 1950s, the watch was squarely aimed at those who needed a watch for use at great depths. Most would have been professional divers and then, later, leisure divers too. Rolex was already respected for its technological innovations and the Submariner was yet another. From the early 1960s, Rolex worked with the French diving company Compagnie Maritime d'Expertises, developing the Submariner, improving its efficiency and capabilities. These watches worked at great depths, under massive pressure and then decompression. These were never available retail, for the average consumer, and were supplied directly to Comex for their employees. As such, through its three iterations (model numbers) it is thought that the total ever produced is under 1000.

McTear’s is pleased to present lot 754 in The Rolex Auction, a rare Comex 1974, estimated at £25,000-35,000. Although the vendor was not a diver himself, he purchased the watch from one such professional. The diver in question worked for Gas and Equipment Ltd., a company operating in the North East of Scotland. It is not known how the company came to own several Comex watches but we can assume that these may have been purchased in a batch from Comex, going from one diving company to another. McTear’s anticipates that many collectors will travel to see the Comex in the flesh, with many more viewing and then competing online for this coveted icon of a timepiece. So is this watch one in a million? With only a handful having been sold publicly in the last 10 years, and with demand increased exponentially, this is certainly a standout lot of the inaugural Rolex Auction.