One of the world’s most exclusive malts

The unique spirit, which has an auction estimate of between £30,000 and £40,000, was distilled at the height of the Second World War in 1943, at a time when only a handful of distilleries in Scotland were producing whisky.  For the next 70 years, the whisky was carefully matured, first at the Glenlivet distillery and then at Gordon & MacPhail’s warehouses in Elgin.

The Private Collection Glenlivet 1943 is revered amongst whisky connoisseurs and we expect the bottle to attract considerable interest in the lead into our Rare & Collectable Whisky Auction on Friday 17 August. 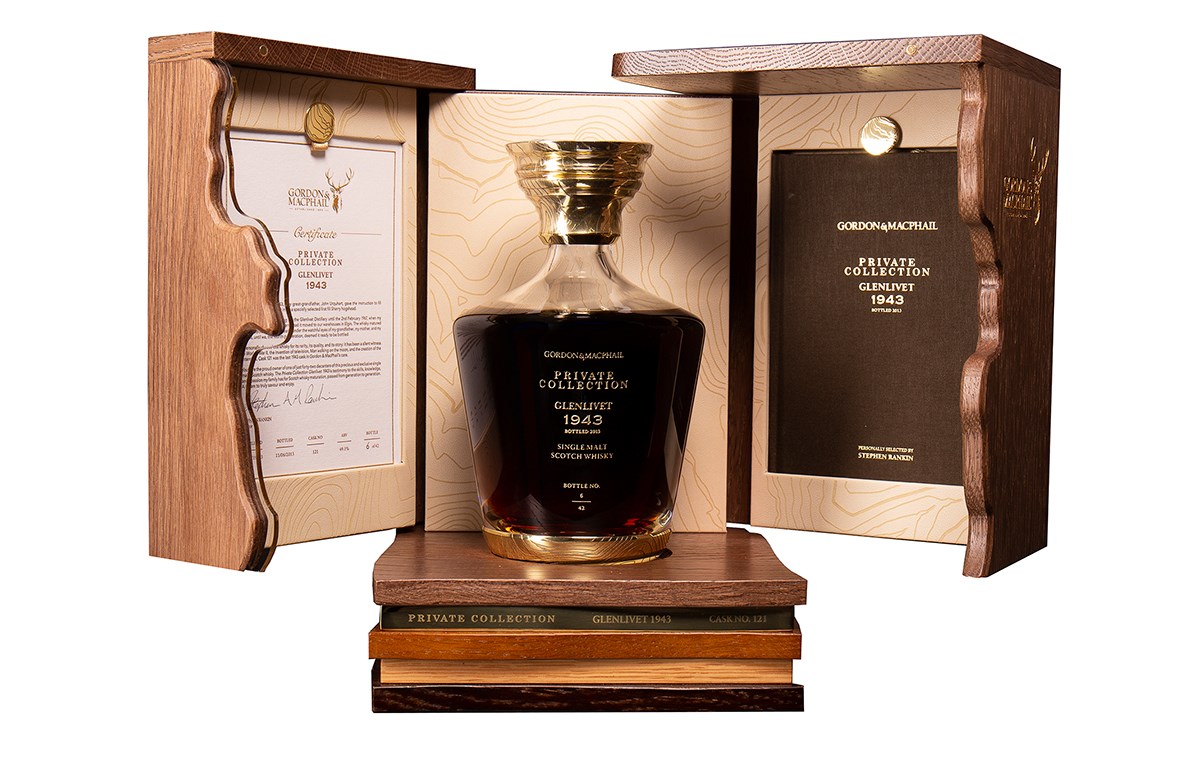 The creation of this stunning single malt has been a true family affair, with generations of the Urquhart family ensuring that the finished product takes its rightful place as one of the finest single malt whiskies on the planet.

The Private Collection Glenlivet 1943 is not the only memorable whisky to feature in McTear’s Rare & Collectable Whisky Auction. The 235-lot sale will feature rare examples of Macallan, Springbank, Dalmore, Bowmore and Highland Park, amongst others.